Guardians of the Blue Lotus is journey of love, lust, spirituality: Anita Shirodkar

The book is the second part to her mythological trilogy Guardians of the Blue Lotus.

The book is the second part to her mythological trilogy Guardians of the Blue Lotus. 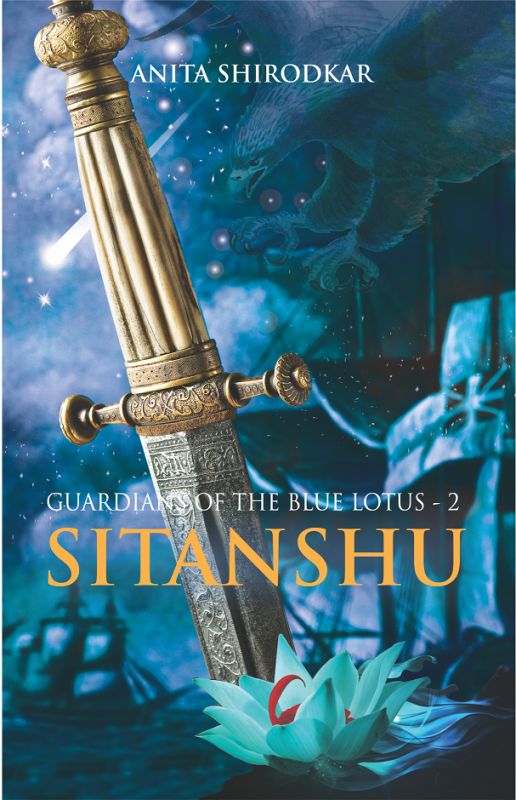 Cover image of Anita Shirodkar's Sitanshu, the second book to her trilogy Guardians of the Blue Lotus

While Aryavir’s journey is explored in book one, Sitanshu sees the journey of the characters continuing as the plot thickens against the backdrop of the war between Kamalkund and Kalipura. Amidst it all, Sitanshu, a newly minted warrior and Astradhari, is about to discover the path to his own destiny.

Speaking to this correspondent, author Shirodkar explains that Sitanshu picks up where the first book left off and there is no time lag between the two novels.

“The divine Blue Lotus Indivara has sprouted an ominous red petal, and no one knows quite what it means. The protagonists Aryavir and Sitanshu march to the border of Kalipura for a bloody showdown with the Chandraketu King Divyendu.”

It is at this juncture, the author reveals that Sitanshu must finally move out of Aryavir’s shadow and face his own destiny.

The author adds that while on the surface, good versus evil is a recurring theme in mythology, she has tried to steer away from a black and white portrayal for her characters.

“There’s ambition, love, courage, lust for power and spirituality, but more than anything the ultimate message of the trilogy is unity for the greater good,” Shirodkar opines.

Shirodkar counts herself among the more passionate fans of the Mahabharata and her inspiration, she says, for the trilogy started there.

“The complexity of the characters gives richness to the surprisingly simple storyline, making for a riveting read,” she says, adding, “My inspiration for this trilogy comes also from my fascination with R.R. Martin’s Game of Thrones.”

Having said that, the author explains that she wanted to write something that was not derivative in terms of existing characters, gods and goddesses, but retained the ethos of mythological storytelling and values.

“I wanted to recreate some of that magic, albeit with a more contemporary twist in terms of characters and their motivations, so that I could appeal to a modern-day reader, across the age demographic”, she explains.

As for why she decided upon a trilogy, the author says she decided to split the story into three because each of the books focuses on one character.

Guardians of the Blue Lotus is set in a completely imaginary world and takes place in something very like ancient India, but with fictitious kingdoms and races. The religion, customs and places are invented, yet the story portrays the Indian mythological ethos that the Ramayana and the Mahabharata provide.

Shirodkar says that as a student of Advait Vedanta, creating Ishv, The Formless One, who has no shape, form, characteristics or attributes, and is considered the one god of the universe she wrote about, was very natural for her. She further adds, “I was happy to move away from the pluralistic Hindu pantheon of gods. The princes, kings, queens and warriors fight battles that are real and metaphorical.”

In talking about the trilogy, Shirodkar says that she is about one third done with the third and final instalment to the series.

“It is going to take off from where book two left off, but it will include a series of flashbacks into the time of Ambujakshan and his mistress Madhumalli, who are Aryavir’s grandparents, because that is where the story begins,” she reveals, adding the book will also delve into other characters that have been introduced into the first two of the series,

Shirodkar also lets slip, “And my readers are yet to meet Ambujakshan, known as one of the greatest Kamal Akshi kings to grace the Sapphire Throne. The flashbacks give an insight into what happened back then, and how the impending catastrophe about to take place originated.”

A purely fictional tale, Shirodkar says that fantasy allows the author liberties they might not be able to take elsewhere. A tale with no reference to any existing characters or deities in Indian mythology, Shirodkar believes that Sitangshu and the entire series is completely fresh and should make for an exciting read.

■Celebrating Jane Austen’s world in modern society
■Of becoming an author at 14!
■Death is not morbid or particularly Gothic, but joyful, says George Saunders