A statue of William Shakespeare's Hamlet character at the Gower Memorial is pictured in Stratford-upon-Avon. (Photo:AFP)

William Shakespeare's hometown is bracing for a surge in visitors from around the world this month as it marks 400 years since the death of the foremost playwright in the English language.

A parade to Shakespeare's grave and fireworks will round off a day of theatre, dancing, music and parades in the picture-postcard streets of Stratford-upon-Avon.

And some of Britain's finest actors are returning to the town's Royal Shakespeare Theatre to perform his most celebrated scenes, in a special show on the April 23 anniversary. 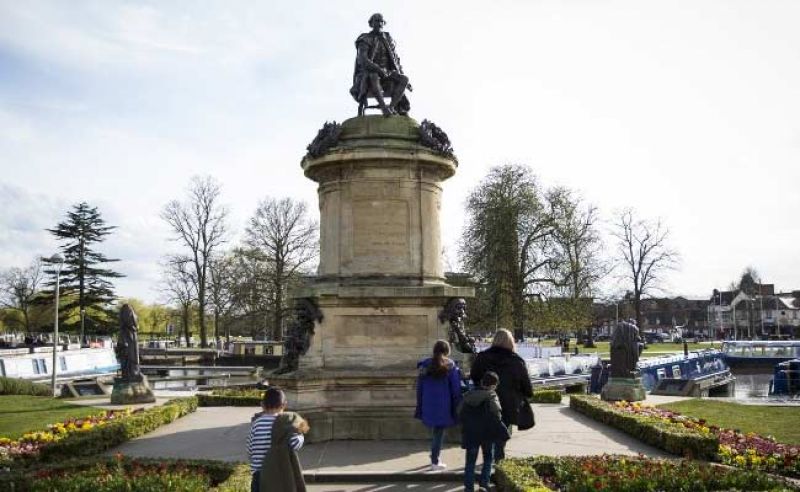 Prince Charles, the heir to the throne, will attend the show, broadcast live on British television and in European cinemas.

"It's going to be a total jamboree, a real festival feeling," said Geraldine Collinge, the Royal Shakespeare Company's director of events and exhibitions.

"It is a logistical challenge as well as a great artistic one."

Stratford, a town of 27,000 residents in central England, welcomes nearly five million people every year to visitors seeking out the places where the Bard was born, lived, wrote and died.

"You're in the crucible of Shakespeare," said Cyril Nri, who plays busy-body Polonius in the RSC's current production of "Hamlet" in its 1,000-seat home theatre.

"To come right to the place where he was born is just perfect to perform at," he said in his dressing room, before going on stage. 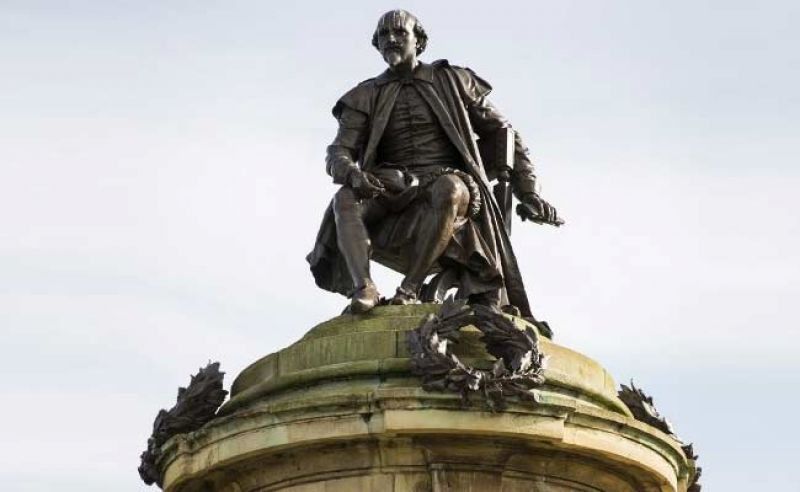 "As an actor, it's the zenith." The 54-year-old stage and television veteran said Shakespeare remained relevant because his works speak directly to everlasting human emotions.

"He's never stopped being relevant over those 400 years. He's discovered it all and dealt with every single situation. "He's the Don." Doublet and hose Stratford's streets are lined with black-and-white Tudor-era timber buildings, and filled with traces of the Warwickshire market town's famous son. Up to 5,000 people a day visit the family home on Henley Street where the poet grew up, walking across the original floorboards in the bedroom where it is assumed he was born in 1564. 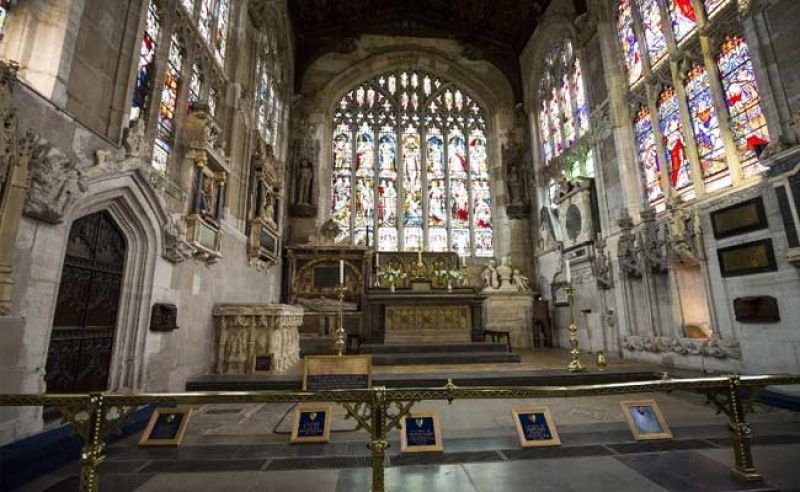 Paul Edmondson, head of research at the Shakespeare Birthplace Trust charity which manages the site, said the depth of his works meant the world would continue to be captivated by plays like "Romeo and Juliet", "Macbeth" and "A Midsummer Night's Dream".

"We'll never end up finishing the sentence where Shakespeare's concerned," he said.

"Shakespeare is one of the greatest writers who's ever lived.

"The strongest emotions we feel as people, our fears and our doubts, are expressed by Shakespeare across the range of his characters.

In the family house's fragrant herb garden, a small troupe of professional actors perform scenes from the Bard's plays.

Dressed in doublet and hose, Louis Osborne delivers the famous "To be, or not to be" soliloquy from "Hamlet".

"To be at Shakespeare's birthplace, speaking Shakespeare, it's literally the dream," the 25-year-old said.

Curse And Mystery At Grave

Shakespeare's remains are buried in Holy Trinity Church, a few steps away from the font in which he was Christened.

Some 250,000 people a year come to see his grave and the church has leaflets for visitors in 25 languages.

Tourists take pictures on their mobile phones, while regular parishioners drop in.

"There are lots of things going on, all associated with William Shakespeare, but at the same time we are a normal parish church with weddings and funerals," said Reverend Doctor Steve Bate, the church's associate vicar.

Shakespeare's simple gravestone is inscribed with a curse against moving his bones.

By using ground-penetrating radar above the flat ledger stone, archaeologists revealed last month that he is buried around a metre down, and was likely interred in a shroud rather than a coffin.

Importantly, they found a disturbance at the head end of the grave which led archaeologists to wonder if an old story about Shakespeare's skull being stolen may be true.

"We continue to respect his wish not to disturb the grave," the cleric said, overlooking the slab.

"Exactly what the arrangements are beneath there we don't know. That's going to remain a mystery."