A different kind of abhinaya

Sandhya might be enjoying being back home, but she has many more plans coming up.

Sandhya Raju is back home in Hyderabad after a 28-day shoot in Kochi. And she feels she is back to reality. “I am coming back to my routine,” she says with a smile.

An eminent Kuchipudi dancer, Sandhya’s routine involves a lot of physical exercise. “I do exercises for improving stamina and flexibility. I do weight training and dance. Now, I have started learning contemporary dance,” she adds.

Despite having a busy schedule, filled with dance performances and taking time out for her dance institute, the danseuse took a month’s break to act in the Malayalam film, Careful.

The film is Sandhya’s debut feature film and she plays the lead role. “I have worked in three short films before. I made a guest appearance in two short movies, and played a full-fledged character in the film Natyam by Revanth Korukonda,” she says. 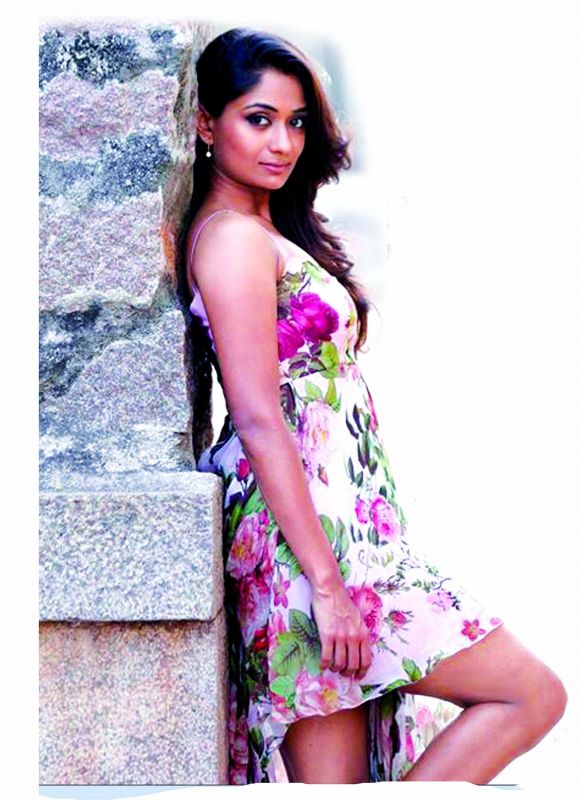 The short film Natyam is a hit on YouTube and it was this film that encouraged Sandhya to take roles in other feature films. Soon after her Natyam, Sandhya got a call from V.K. Prakash, the director of Careful. Although Sandhya liked the script, she was a little hesitant to accept the offer as she thought language would be a barrier.

“I know Tamil, Telugu and Sanskrit. But, I don’t know Malayalam. So, I kept asking if the language would be a problem. But then, the director told me that language is the least important thing when it comes to expressing our emotions,” she says.

Sandhya who plays a journalist in the film says, “My character is writing an article on a crime. She wants to uncover the truth and seek justice,” she says. Talking about her experience of working in the film she says, “Initially it was hard. But, I got used to the language. I translated it to Telugu and English to understand it. Also, it was interesting to see a lot of women working behind the scenes.” But not everything was rosy, she even had a minor bike accident on the set. “The character I play, has to ride a bike. But I  crashed against a wall. I was a little nervous, but there were no serious injuries,”she says.

In the movie, she is paired opposite actor Vineeth Kumar. “I have no expectations at all. I am happy I could do this movie. If more opportunities come, I will take them. But I will always be a dancer,” says Sandhya who began learning dance at the age of 10.

Sandhya might be enjoying being back home, but she has many more plans coming up. For instance she plans to launch online dance videos to reach out to the masses.