Ritwik Ghatak, who remains one of the first three best known filmmakers from India to have earned global recognition (the other two being Satyajit Ray and Mrinal Sen), charted an independent trajectory of parallel cinema in the country, and is a widely studied director (the other being Ray) in film schools, not just in India but in European film schools as well.

That he continues to teach and delight us some 42 years after he passed away is a testimony to his genius as a director.

The 11 short stories in Ritwik Ghatak Stories (translated from the original Bangla into English by Rani Ray) are the result of his creative expression that can be called his “first love”. Out of the 100-odd stories he wrote, nearly all received instant recognition in the literary circles, but soon, he drifted his energy into films. Perhaps, it was his restlessness that drove him to films and scriptwriting. In the book, Ray also makes a clear distinction between the world renowned filmmaker who is primarily remembered for the meticulous depiction of social reality in his films and the other little-known, though equally riveting facet that of his being a great writer of short stories. 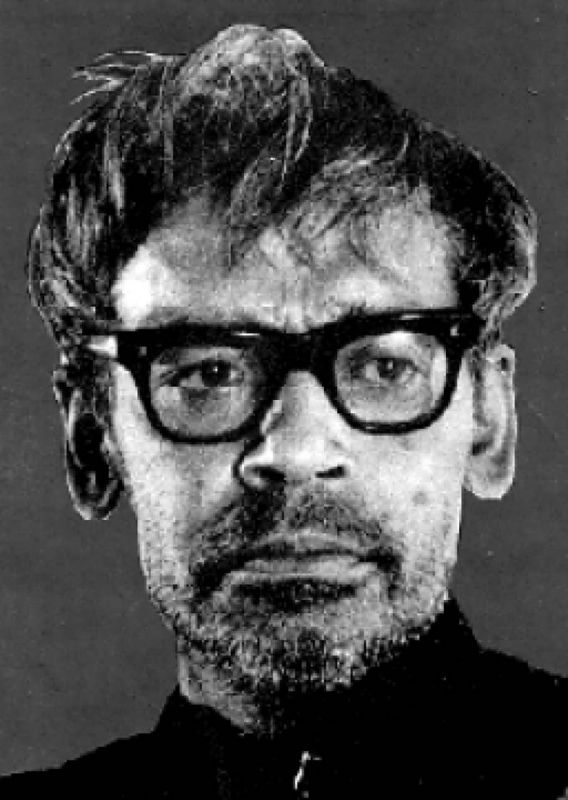 Ghatak, who belonged to the same era as that other prominent short story writer, Manto, was a prolific writer of eminence, but little is known about his stories. Besides being literary, these stories give us an insight into the variety of disturbing facts that made him veer towards politics.

In fact, he was turning towards politics early on when in his youth, as he was getting greatly influenced by the anti-Fascist movement launched by the Communists and progressive intellectuals. Around the same time, the 1943 famine in Bengal that wiped out millions exposed the ruthlessness of colonial British rule. These incidents, and the general malaise afflicting him, made him a confirmed Marxist, which was “not a mere leaning….I was an activist,” he had said in an interview. He was also someone who never compromised on his ideals, and, so, his stories too, reflect his angst and utter discomfort with the rampant oppression around him. Through his writings, one gets a deep understanding of his unique vision of both the individual self and the society.

Just the way, while studying the small body of his cinematic work comprising eight films he directed, including scripting seven of these one gets to know a great deal of the starkly realistic storylines on which he dedicated a range of mythic references, an analysis of his literary works helps us gauge his deep-rooted anxiety, unease and apprehension for humanism.

And just like his films are watched by students and intelligentsia well, mostly and, seldom the masses, his stories too, have an insatiable urge for challenges that will be justifiably comprehended only if one truly understands him as a person.

For Ghatak, the dream of an El Dorado, or the search for something beyond the present surroundings, always haunted him. The loss of innocence is yet another ingredient that is invariably a part of his climax in his stories. Like Manto, it’s important to know what led to the writing of these stories (The Deposition, Comrade, Love and Eyes) by Ghatak: One cannot separate the author of these gems from the man he was. And so, the stories in this volume highlight much of the lesser-known versatility that remain eclipsed by the overall impact of his filmography. Ray writes that his “short stories were an outcome of a brief sojourn during this intellectual odyssey of his,” penned between 1947 and 1950, and, therefore, one must go back in time to comprehend the complexities of his struggle to shape his own voice during those tumultuous years of a post War Bengal, lacerated by communal riots and the 1947 Partition, and the subsequent helplessness.

Four of these stories deal with the theme of murder, with an emphasis on the characters’ love for the victims. Eyes has political overtones in which a protestor gets killed by a factory official. Even as a romantic young man, his concerns were always the social evils expressed by way of intellectual argument.

Giving the readers a profound grasp of the inner nature of any situation that forms the milieu, these stories are skilfully crafted and hold a mirror to the middle-class Bengali households and their constant struggles in their daily lives of post independence era existence. The underlying theme that runs through them all is the social upheavals and the injustice that leave men and women helplessness and incapacitated. Though the shadow of the human tragedy looms large for nearly all, and sorrow, separation and despair infuse all the characters, Ghatak is not entirely pessimistic; an overall view of love makes him different from the rest of his ilk. The Tree, Solstice, On The Trail of The Milky Way, Touchstone, Attack, and others apart from presenting a dry image of grim reality, also move you with their emphasis on class barriers and strife, romance and friendship.

More than anything else, these stories give us a thorough penetration of the mind of a genius creative artist that Ghatak was, and helps us comprehend some of his complex themes he handled in his films.

For any student of cinema or Ghatak’s works, delving deep into his literary works would add another perceptive vision and inclusive scrutiny of the cinema that he stood for.

The writer is a senior journalist who writes on cinema