In order to keep the tradition intact

A trio of professionals from the city started an initiative two years back to save the interest of culture, history and local tradition of India travelling across and bringing the creations from its birthplace. Not only bringing back the ‘healthy kitchen’, a large percentage of people who wish to buy, are unaware of many differences - difference between traditional product non traditional one; handmade vs manufactured in a factory, importance of quality or the value of these traditions and how they help in leading a holistic lifestyle.

Three Tamilians, settled in Bangalore Meera Ramakrishnan, having 22 years of IT experience, Archish Mathe Madhavan, a trek lover, wanting to get into sustainable living, having almost 10 years of corporate exposure and Varishta Sampath, a youngster who immediately after college decided to do something meaningful coming together from completely different age group and ambitions, and a different life journey. “I wanted to have some satisfaction when I come back home”, Meera justified to get isolated from the corporate world adding that “We spend days & hours learning from the artisans as well as the earlier generations and communicate the learning to the seekers.” However, today the small start up has spread its hand all over the country picking up local essence from different states. 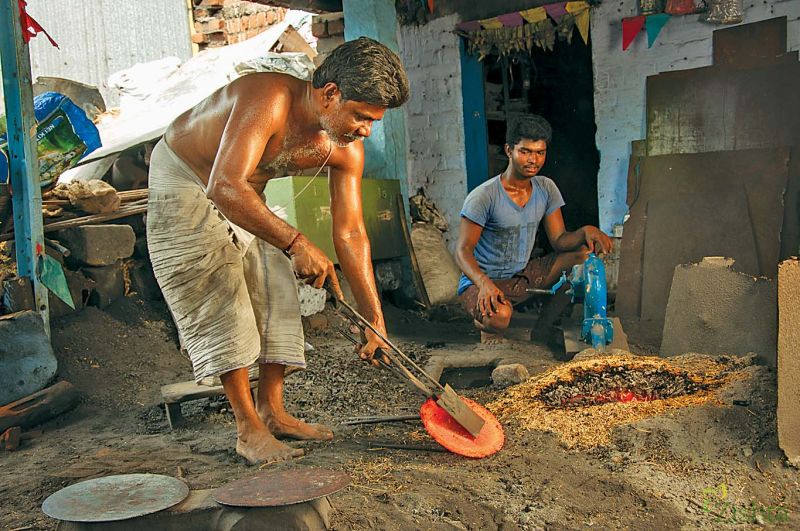 Meera, belonging to Tenkasi, a small town in rural Southern Tamil Nadu met with the other partners and the idea of starting a small partnership foray Zishta, while on a trip with parents to some nearby villages closer to her home town Kadayam in Tirunelveli district. She decided to step out from her corporate world and to learn something completely different.

But the core reason was simply one and unique, amongst them i.e. to revive ancient traditions, dying industries.They have always been working with the products that have immense traditional value, still having some utility value in the modern world. 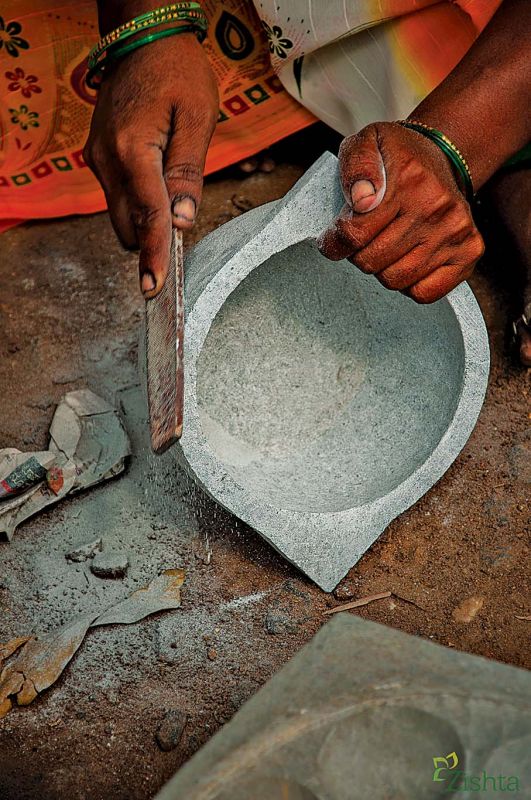 Their intention is “wherever there is a tradition, if the tradition has a benefit and utility value, we will bring that tradition back from its root, where it actually started” as told by Meera. Whether it was the cottage industry of traditional ‘Madur Kathi’ from West Midnapur or ‘Sital pati’ the hand-woven mat’s processing originated from remote villages of Coochbehar, West Bengal, the creative team reached to the villages of states across India. However, the ambition was to spend time to understand and bring to the forefront a very handful of artisans or craftsmen who are struggling to hold on to the lost traditions, the authenticity.

In Tenkasi Taluka the ‘iron’ utensils (such as Dosa tawa or kadai)-making artisan are carrying the 400 year-old traditional way having the essence of purity by sand-moulding methodology, where hardly one artisan household is left who make the utensils by hand. And in Kumbakonam, there are only two more people who make ‘tin’ vessels by hand called ‘Eeya Chombu’. Survival of the remaining artisans in villages turned to be the core idea who are holding the traditions. So the team work with them, fund them to support and take products from them”, Meera shared.

The effort was to keep the art alive for the rural artisans, avoiding manufacturing units or middlemen and dealing directly with them who don’t see any business in such industries with the arrival of newer technology. But the idea of bringing back traditions from where it originated many centuries earlier and those that have a utility value in the modern world, making it more environment friendly and holistic in nature remains worthy.