The geek shall inherit the Earth

Robert Langdon is on the run again with a beautiful woman by his side on his heels are the combined forces of organised religion. Dan Brown returns to the formula that made him so successful in Da Vinci Code with the church as a kind of mafia pulling the strings of the world and sets it in Spain, which was once the home of the Spanish Inquisition.

To the mix is added artificial intelligence called Winston a very human voice on the other end, with a plummy Birtish accent. There doesn’t seem to be too much difference between Langdon and Winston in terms of brainpower. Brown strikes the right chord of conspiracy from the beginning Langdon’s star student is about to reveal something that the sages from the Jewish, Catholic and Muslim faiths object to. Someone is going to be killed, and very dramatically, it turns out to be the student Edmond Kirsch. Wearing ostrich shoes on his feet and a sleek Kiton suit, Edmond is gunned down in mid presentation before his earth-shaking theory is revealed. 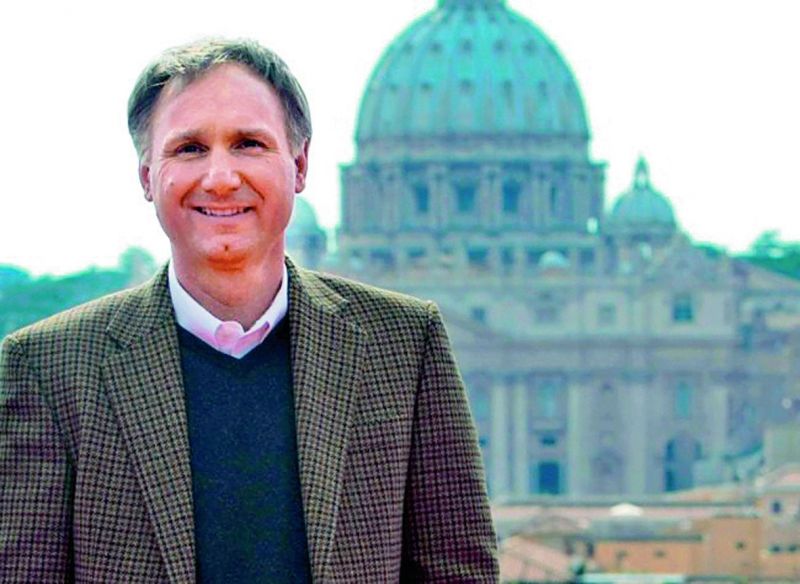 Langdon becomes the prime suspect, thanks to being in the wrong place at the wrong time. With him is involved the fiancee of the Prince of Spain who happens to be the Director of the Guggenheim Museum in Bilbao where the assassination takes place.

There follows a chase through installations, buildings and laboratories, involving private jets and a Tesla which is so enlightened that it functions on auto pilot through a smart phone.

Langdon’s claustrophobia is re-evoked and we can be pretty certain that it will be made use of, very shortly, to a terrifying effect.

What Brown does well is capture today’s conspiracy theory-ridden world in which young people  dominate  through the power of digital jargon and zero one zero, and everyone has a kind of manic agency preferring to communicate not face to face, but through headsets. The ‘geek’, he writes, ‘shall inherit the Earth’. Most people hooked to their whatsapp are convinced that there are malevolent global forces at work because of the mix of truth and fiction that proliferates and Brown uses that same mix to draw people into his plots.

Despite all the hi-tech jargon, Brown is at the end of it a good old-fashioned read. The Origin is easy to skim through, with slightly less violence than the previous novels. Yes, the final denouement is held up by tangled chases and Brown’s favourite catacombs and labyrinths. There is a password to be cracked in a poem while primal soup and Darwin battle with memories of General Franco and the Spanish Inquisition.

It’s not difficult to decode why people like reading Brown he sounds impressive, the heroine is slim and svelte and the hero Tom Hanks’ alter ego .

Not to mention the fact that AI can turn out to be cute despite all those awesome powers that worry Elon Musk. What happens at the end veiled as it is in Nostradamus and pyrotechnics is really unimportant but ultimately reassuring. Brown makes people believe that all the pages and all the chases are worthwhile.