Kolkata is an evocative name; the Durga Puja, the pandals, the many sweets, Tagore, they all come together as a tapestry, when one speaks of the city. The book brings up the same evocative sense mixed with a fair bit of nostalgia.

Travel writing for children in India is a genre with too few books. There aren’t many books that are written for children with engaging narratives. You will find picture books with fun facts thrown in. But an enjoyable story woven around the geography of a particular place is hard to find. And then the writing for children, that too young adults, is in itself a tricky art form. Make it too simple and you lose them.

Storytelling that makes them think and respect their intellect are the winners. Cholo Kolkata succeeds in this aspect. The book happily mixes travel writing with story telling for children. 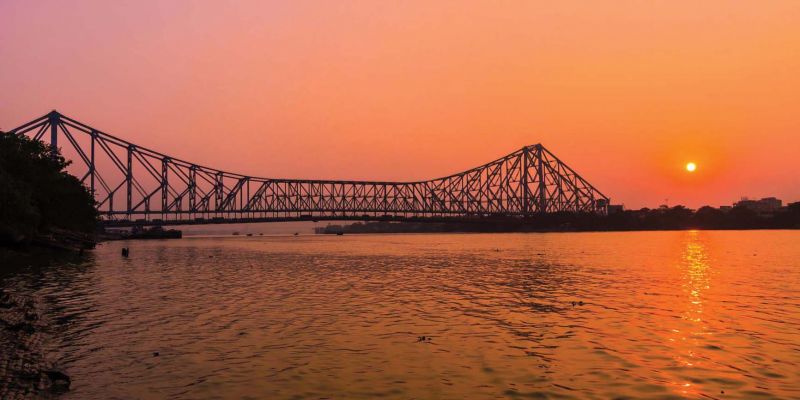 Anita Anand is no stranger to writing. She has been working for more than four decades in the development sector. Mainstreaming gender in all her work since the 1970s. This is, however, her first foray into fiction.

Kolkata is an evocative name; the Durga Puja, the pandals, the many sweets, Tagore, they all come together as a tapestry, when one speaks of the city. The book brings up the same evocative sense mixed with a fair bit of nostalgia, that the writer herself feels for the city. 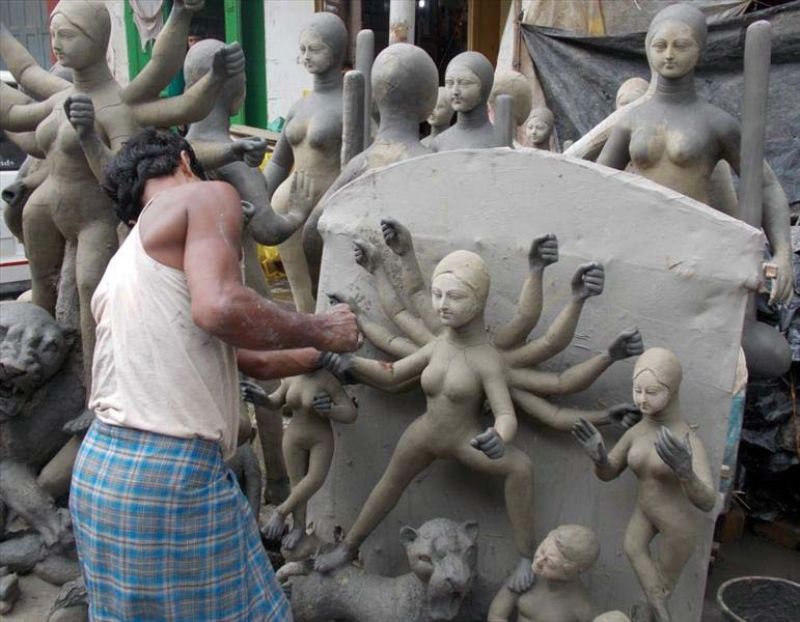 An artisan at work in Kumartoli

It is the writing style that makes this book a winner. The story unfolds through the eyes of two young adults, Nikhil and Tara, who visit Kolkata, their parents’ home city, and their grandparents, for the first time. Though the book is about Kolkata, the author brings in complex topics with ease into the storyline. Just as it should be, since children are capable of thoughtful participation in every day complexities, in their homes or other environments. Where as the books for children are usually either talking down to them or preaching.

Anita weaves in complex issues such as child marriage, untouchability, the Bengal renaissance movement and gender inequality into the story with ease. Not once does it feel forced. 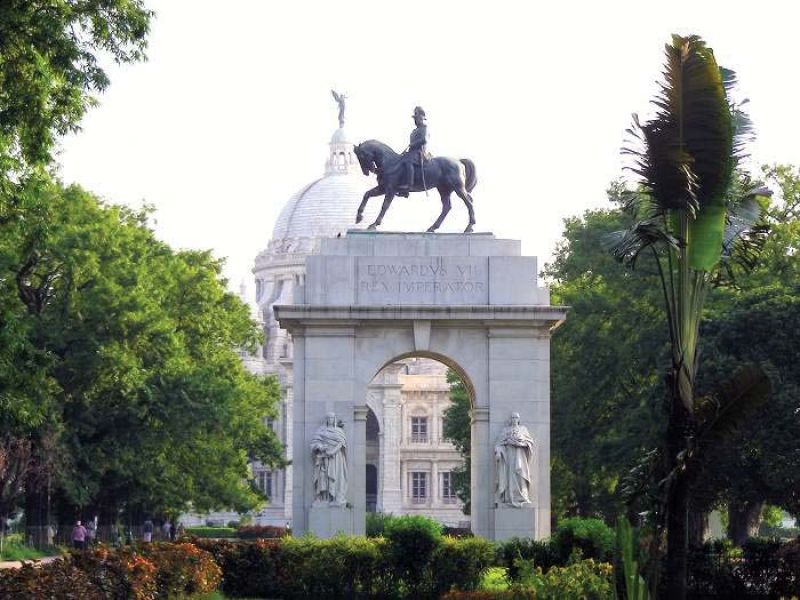 The children in the book are neither precocious nor coy. Conversations with the adults are always in the presence of food, much as it would be in a lot of Indian households. Tara freely expresses her reservations about certain injustices. Both children are aware of social situations, both current and past. Tara and Nikhil are allowed the space to question, even when they bring up the possible reasons for their estrangement from their grandparents, for so long.

The author unravels the well known and lesser-known gems of Kolkata, through the memories and experiences of two generations before Nikhil and Tara. The city you see is the city of nostalgia, the old Kolkata with its trams, eateries that have been around for generations and the sense of strong belonging that the city evokes in them. The modern transformation is acknowledged, but only in passing.

The book introduces you to the synagogues, mosques and churches of Kolkata, a nod to the diverse and inclusive nature of the Kolkata’s history. An important reminder at a time when we are being swept up in the wave of polarisation across the country.

The author also does not shy away from expressing her disappointment at witnessing some of the famous landmarks of the city. For example, Nikhil is disappointed at how quiet and lifeless the Jorsanko Thakurbari, home of the much-venerated poet Rabindranath Tagore, feels. A space that in its heyday saw so much music, poetry and plays, barely stirs the visitor.

The author also makes a quick tour of the Victoria Memorial, when Nikhil declares: “I like the outside better”.

Anita loves cooking in her kitchen and her love for food is evident in the writing. She dedicates considerable space for the food and street food culture of Kolkata in the book.

Tara and Nikhil’s grandfather takes them to Dalhousie Square and tells them “let’s taste everything”. And there is literally everything. Samosas, kachoris, egg curry, biriyani, chops, momos, jilipee and even idli-vada. Of course the ubiquitous rosogolla makes its appearance and the author definitively puts an end to the debate around the origins of this delectable mishti. Though if you read carefully, it looks like the author favours the hot jilipees a tad bit more than the more famous rosogullas.

In the chapter on Kumartoli, the traditional potters’ locality, you glimpse a familiar Kolkata through the making of clay statues of Durga. However, you see it from a local’s perspective. The livelihood that it creates, the sadness one feels when immersing the statues and the joy of welcoming Durga back the following year. The imagery is charming.

The author’s watercolour illustrations add to the imagery. The reds, the browns and the yellows of the city come alive in her paintings; adding a touch of whimsy that the young readers can easily relate to.

If the author had used her penchant for exploring lesser known facets and included Satyajit Ray in the book, it would have made the narrative richer. But that is just a minor gripe.

Book Review | Independent at 70 and ditzy in a black dress