Bhaskar Chattopadhyay admits that he’s a big fan of Satyajit Ray, and is heavily inspired by the maestro’s visual style of writing. With the release of his third fiction novel, Here Falls the Shadow, you can see exactly where the admiration stems from.

“Satyajit Ray, who was himself a master storyteller and writer of crime novels, had once said that even the most dramatic events in your story are best narrated using the most common place, everyday words. And I’m influenced by his writing, just like he was by Arthur Conan Doyle in creating his own detective, Feluda,” explains the author.

Janardan Maity, Bhaskar’s protagonist too draws from this veneration. “He has a few strange traits, which can be highly incomprehensible to the modern world,” he announces. “For instance, his absolute disinterest in the notion of monetary gain. To him, the joy of solving a baffling puzzle, an impossible crime, is much more important than earning a regular income, which he feels will bind him to a particular way of life.” 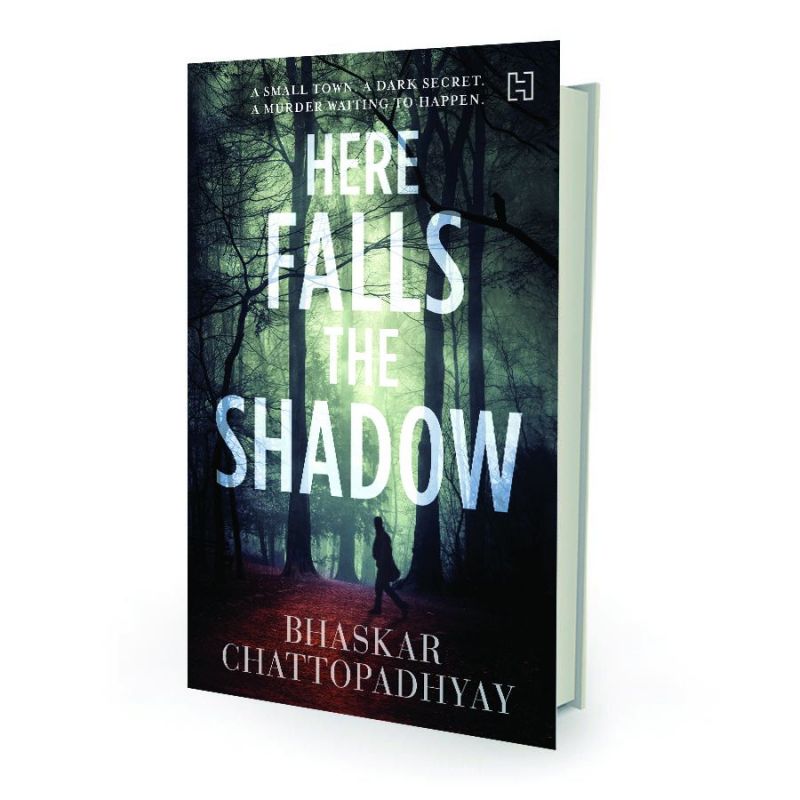 Here Falls the Shadow happens to be the second book in the Maity detective series, with the first book, Penumbra being an introduction to him and his so-called assistant and loyal friend Prakash Ray.

The biggest challenge while writing his recent novel, says Bhaskar, was to ensure that the two got together again without it looking too forced. “In order to address this, I took my time and decided to devote an entire chapter to it. I was very satisfied with the result in the end — with two lonely men from two different age groups coming together and forging a strong bond of friendship and trust – one that enables them to go on a whole new adventure together,” he says.

And the new adventure is where a celebrated novelist, Sangram Talukdar, calls in Maity, to the Jharkhand forest town of Nimdeora. Death threats to the author and an ancient curse are what piques Maity’s interest, and forms the plot of Here Falls the Shadow.

As he talks about his classic detective tale, Bhaskar admits that his craft has improved over his three books.

“I totally believe that the more one writes, the more  one’s writing improves,” he asserts. “I read some of my early writings now, and I ask myself in amazement — did I write that? See, writing is a skill, and like any other skill, you acquire it over a period of time, through practice. I must also say that ease or difficulty is a totally different subject altogether. Whether a book is easy or difficult to write has got nothing to do with your vintage as a writer — that totally depends on the story you are trying to write and your characters and their complexities. Vintage always helps in the process of writing, not the content. Content is always a product of your imagination and that has got almost nothing to do with vintage and experience.” Bhaskar is also set to take his love for Ray’s works a level higher. For one of his next projects, he’s novelised Ray’s landmark film, Nayak, and is working on its edits. “I’m also translating Ray’s Tarini Khuro stories from Bengali to English. They are neat little adventure stories written for young adults but enjoyed by young and old alike. And of course, thanks to my readers’ demands, I am now writing the third Janardan Maity novel,” he smiles.”