A mish-mash of mythology and thriller, Chronicle of the Mortal Vishnu by Antar Atreya is story set in the next Treta Yuga and starts with the theory of creation of the universe and how mankind came into existence. It depicts how civilizations emerged with social norms, political structures and economic models that led to many changes. 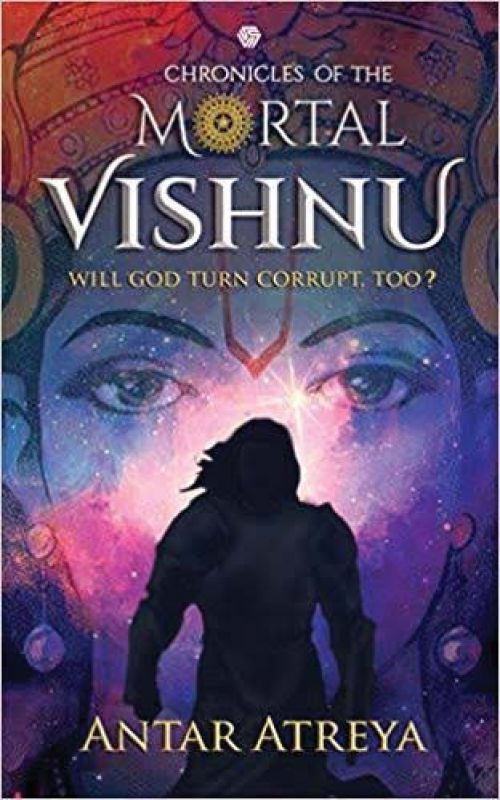 Antar Atreya's novel Chronicle of the Mortal Vishnu is a graphic imagery of an epic with a gripping plot, potent characters and scenes that will leave an impact.

Antar’s first book Classic Suspense Stories at the age of 14 was a huge success. He has been a co-author with renowned novelist Durjoy Dutta in Pocket full O’ Stories.

According to the author his immense love for the character of Baahubali in the movie and Avengers inspired him to write his book.

“Thrillers, love stories, suspense, war, mythological fantasy genres – my interests in books are wide and varied, and they have helped me with my vision, and sparked my imagination. Bhagwat Geeta and various mythological books have helped me in my research work, right from being an UPSC aspirant, to finally becoming an author. My favourite authors are Amish Tripathi and Dan Brown”, says this young talent.

The shift of the world from good to bad to worse explains how greed, lust, selfishness and other vices have corrupted mankind. Mankind’s mentor – the powerful first born – Prathamjiv – creates a clan of Daityas and with invincible power he becomes a dictator, ruling earth without the ideals of justice, equality and freedom.

As earth is gripped with his tyrannical rule, two prodigal warriors begin their journey of becoming heroes and  liberating mankind from Adharma. The battles depicted in the book seem very real, detailed, full of strategies and counter-strikes. It makes the reader imagine every scene with clarity. The story deals with mystical creatures like Yakshas and Narklokis with many sub-plots which describs their ways of life, giving an identity of an epic to the story.

Antar’s depiction of women is quite interesting too. He has portrayed them as empowered and mighty.  He ends his tale with a huge world war, written like a screenplay, where readers can visualise every turn of event.

Overall, Chronicle of the Mortal Vishnu has a gripping plot with potent characters, where the detailing and description of every scene is amazing.