When we pick up a book to read, we often hope to embark on an untold journey, one that captivates our mind and soul and one that firmly enchants us with its well-manoeuvred plots and twists. The Light in Blackout by Dr Farah Naqvi is a book of hope. Beautifully penning down the life of a girl Alizah who fights stigmas, stereotypes and her own hidden demons, the author has managed to keep the track lucid and smooth. 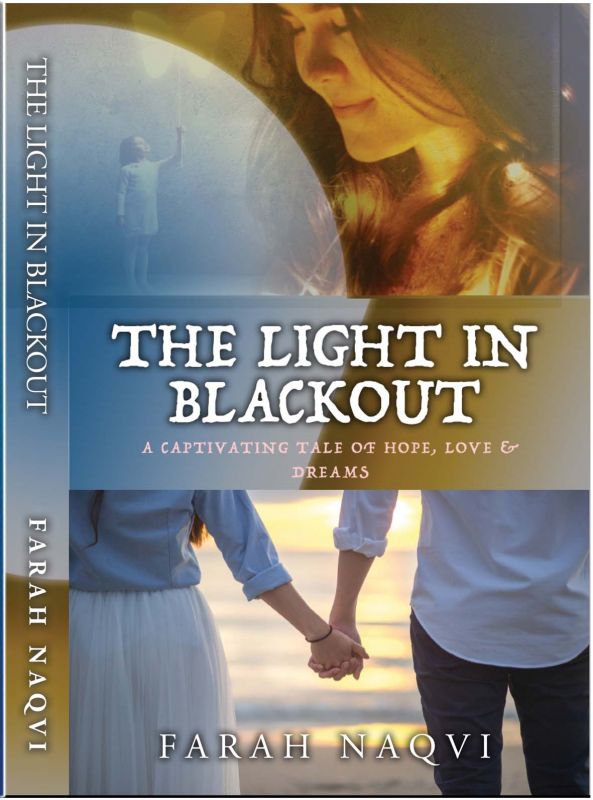 In an aim to spread awareness about the stigma that surrounds epilepsy the disease, The Light Blackout emerges.

Sharing her bit on what inspired her to write the book, Farah says, “Every year we see many books on love and relationships coming out into the market. But I wanted to capture the essence of relationships around the time when internet had not invaded our lives so fiercely, families were not nuclear, friendships were untouched by envy and there was still a chance that love was a onetime long affair meant to last.”

What begins as the story of every normal teen’s life, with its own worries and joys, a sudden blackout decides to take Alizah’s on a roller coaster ride. The evolution of the character, from portraying her naivety and innocence to fighting her fears of losing control of herself and emerging into a strong and confident young woman, is brilliantly crafted.

The book captures the entire timeline of Alizah’s life, from her childhood and teen life in Lucknow to her adulthood in Bengaluru, Mumbai and Canada. Different characters in the story shape her personality across each phase. In childhood, it’s her family, neighbourhood, the small town life and the Christian convent school that influence her most. While growing up and struggling with the adversities life thrusts on her, she finds a best friend and soul sister in Meera. The story captures their beautiful bond through many incidents, where the girls stand by each other. Meeting Sahil in college, she tries to understand, embrace and accept love when it knocks at her door, taking readers through a journey of unconditional, true love. When Alizah tries to strangulate her own feelings for multiple reasons and Sahil pursues her relentlessly, unwilling to let go, the story twists to an engaging love story, presenting love in its most pristine form.
The best part of the book for me was little scribbles that Alizah vented on her diary before she hit the sack, such as this one, which sure connects with each of us.

You cannot impair my dignity,
You cannot hurt my pride.
You can only stare at me,
But cannot influence my ride.
I may pretend not to hear but,
I will not let you feed on my fear.
I will continue to soar and,
If needed I will roar

According to Farah, the story is inspired from true events but that she’s fictional characters and events to construct an engaging and gripping plot. When asked to describe the three main characters of her book she says, “Alizah personifies a sensitive, bright, ambitious and courageous girl determined to chase her dreams but on the verge of losing self-confidence because of a health condition. With the many twists and turns in the story, Meera’s character emerges as an intelligent and resilient personality trying to persist hard in spite of the hardships. Sahil is that simple, talented, wise, romantic and philosophical guy who knows that the best assets in life are the intangible ones-love and friendship.”

As Farah signs out, she tells us how most women readers have written to her about how much they loved Sahil’s character and how they dream of finding love with a man like him in life. Here’s wishing more from Farah.