Imagine this — You are stuck in a ghost-village which is controlled by mortal gods, and you have no visible way to save yourself. It seems a little outlandish and non-relatable, but it is a metaphor for contemporary society where we all are stuck in some or the other way. Sunit Gajbhiye’s new book titled Untamed Origins explores this idea, showing the reader that the everyday challenges of life are nothing but ghostly social evils that still exist in our society, particularly haunting urban populations. 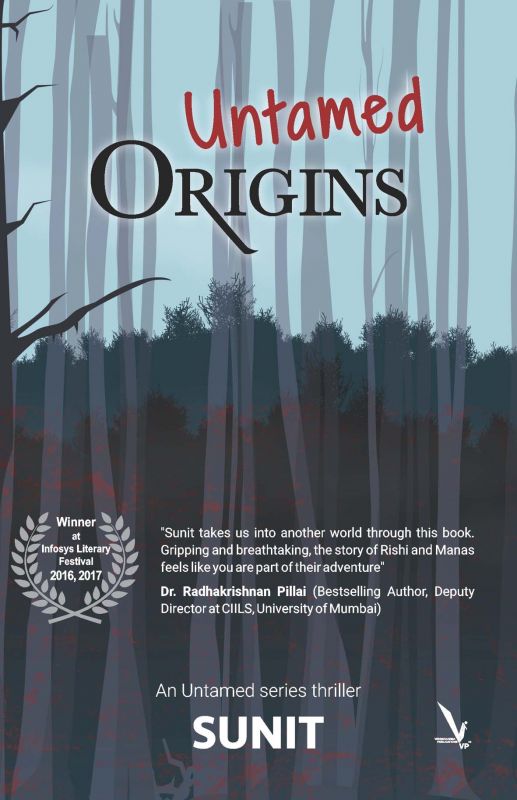 “The story started with me wanting to write about atrocities in our society and expose these facts to civilised, urban people who, in an average life span, would not be aware of the evils that still exist in our society,” says Gajbhiye, revealing that the story slowly evolved into a ghost mystery-based survival thriller. “It is all about doing anything it takes to survive,” adds the author.

A thrilling piece of fiction, Untamed Origins narrates a mysterious journey of two friends, Manas and Rishi, who are caught in a ghost-village named Vaghan where people are demanding their life as a sacrifice. They find themselves engaging with wildlife and encountering ghosts as well. Gajbhiye’s novel begins with a slow pace and then moves into consistent mystery and spine-chilling incidents that keep the reader constantly guessing whether the protagonists will survive or succumb.

“I wanted to ensure that thriller fans out there would not be disappointed once they get in this roller coaster ride which only ends up wanting for more,” says the author.

As the story unfolds, Manas and Rishi are dragged into a tussle that they never should have been a part of, and as they struggle to find their way out, they discover a secret deep within themselves that is enough to help them survive. It is interesting to understand how the protagonists question their values when it comes to change. Later, both face new challenges unlike others and their bond evolves amidst this conflict. “Although many of us do not like conflict, it is the cornerstone of bringing change within us and society,” believes the author.

Not everyone will believe in ghostly presences and conventional myths of sacrifices before goddesses, but the book exposes the idea that society’s foundation that is still based on superstitions. “There are many things in life that education doesn’t expose to us. We ignore that there are many societies whose foundations are still based on so-called superstitions. These people, however, believe in their rituals and don’t feel they are unethical or irrational,” asserts the author, adding that to some extent we all find many people around us, “But they are not extreme in their beliefs, so we live cordially.”

But whether or not readers believe in the supernatural, the book still manages to enthral and elicit chills down the spine. “Ghosts and supernatural incidents are the epitome of giving us a thrill. We are sure they don’t exist but somewhere, each of us wants some miracle to happen in our lives. Hence we are attracted towards the dark side too, not knowing the consequences,” the author muses before summing up.