Palash Krishna Mehrotra
The writer is the author of The Butterfly Generation and the editor of House Spirit: Drinking in India

The evolution of Elton John, with his music, drugs, family

But for Elton, the piano player, he'd found his idols in Little Richard and Jerry Lee Lewis: “They played with such aggression, like they were assaulting the keyboard. It was the way they stood up while they played, the way they kicked the stool and jumped on the piano. They made playing the piano as visually exciting and sexy as playing the guitar or being a vocalist. I’d never realised it could be any of those things before.” (Photo: Youtube Screengrab)

Elton John, now 72, was born Reginald White in the London suburb of Pinner. He was playing the piano by the time he started at his first school: “I was born with a good ear... If I heard something once, I could go to the piano and, more or less, play it perfectly.”

Rock ‘n’ roll arrived as the great disruptor of the times, so loud and raucous it was “a bomb that wouldn't stop going off”. Sinatra-loving parents hated it; Elton’s father warned him of its morally corrupting influence which turned listeners and practitioners into “wide boys” or petty criminals. There was moral panic in the air. 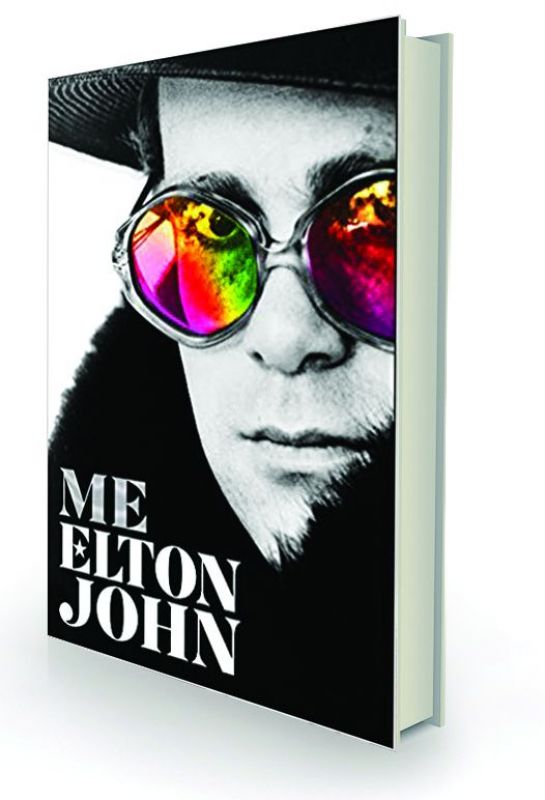 But for Elton, the piano player, he'd found his idols in Little Richard and Jerry Lee Lewis: “They played with such aggression, like they were assaulting the keyboard. It was the way they stood up while they played, the way they kicked the stool and jumped on the piano. They made playing the piano as visually exciting and sexy as playing the guitar or being a vocalist. I’d never realised it could be any of those things before.”

Elton talks a fair bit about twists of fate in his memoir, one of them being how he met Bernie Taupin, his long-standing collaborator. Elton had the music, Bernie had the words, and there began one of the most enduring relationships in the history of music. Their working arrangement has the simplicity of genius: Bernie writes the words and leaves them on the piano or the table. Elton hits the piano after breakfast: “I just know straightaway where the melody is going to go. I’ve never sat down with one of Bernie’s lyrics and nothing has come out. I don’t know why. I can’t explain it and I don't want to explain it. Actually, I love that I can’t explain it. It’s the spontaneity of it that’s beautiful.” Together they have forged an original path where they have had a staggering number of hits, without ever having to stoop to the cliches of assembly-line production. On average, it takes Elton forty minutes to compose a melody.

If you love the history of music, there is a lot in here, right from the time Elton first arrives at Denmark Street to work: it was “where writers went to sell songs to publishers, who’d in turn sell them to artists”. This was before the Beatles, the Kinks, the Who, a time when it wasn’t usual for a band to have a songwriter in their ranks. Elton talks at length about white musicians appropriating the black person’s music, and how he earned the unerring respect of black America.

There is plenty here too about Elton's difficult relationship with his parents. His mother toilet-trains him “by hitting me with a wire brush until I bled” and, as a remedy for constipation, “stuck carbolic soap up my arse”. She spends her last years rueing why Elton doesn’t sound more like Robbie Williams; on her ninetieth birthday she hires an Elton John tribute band to spite him. She auctions off his gifts, some of which Elton buys back.

The father is a distant disapproving figure, who doesn’t ever seem to come around to his son’s homosexuality. Elton has fond memories of watching football games with him. He buys the club, Watford, his father supports and takes it to First Division from Fourth, and yet the father is unmoved.

There are glorious accounts of self-destructive coke binges (“I liked the fantasy of it”) and is candid about why he never got AIDS: “I was an observer, a voyeur. I’d kind of set up my perversion, have two or three guys doing things for me to watch.”

One can also read this autobiography not for Elton’s story but the stories he tells about famous people: Dusty Springfield, John, Yoko and Ringo, Diana, Keith Moon, George Michael, Eminem, Madonna, Lady Gaga, Elvis, Dylan, Andy Warhol, Rod Stewart, Freddie Mercury, Versace, and a host of others. Each anecdote is a polished gem of outrageousness.

Elton also speaks his mind about cancel culture and the pointlessness of boycotting — the importance of building bridges. He turns up to play for homophobic right-wing host Rush Limbaugh and defends Eminem for using slurs in his lyrics.

After the sex, drugs and rock ‘n’ roll, comes hard-fought sobriety at the age of forty-three. Elton describes the hundreds and hundreds of NA and AA meetings he attends in various cities; there are medical scares along the way: operations of the throat, prostate cancer; and some existential ones, if one includes the multiple attempts at half-hearted suicide. As Me ends, Elton is living happily ever after with his husband, David, and his two sons Zachary and Elijah, born from surrogacy.

The writer is the author of The Butterfly Generation and the editor of House Spirit: Drinking in India

Hairstyles for Round Face Women