In an instant, it can convey a message that an entire tome cannot.

“In photography, there is a reality so subtle that it becomes more real than reality.’

This fantastic quote from noted photographer Alfred Stieglitz seems apt for this prolific photography showing at the Art Houz. One can relate to the work and their creators, with such clarity. You expect nothing less than sheer wizardry when three of the city’s best photographers come together to showcase a new series of artworks.

Artworks, I say, because the complete set of oeuvres are nothing short of artistic brilliance. Clare Arni, Cop Shiva and Shibu Arakkal, easily the most-talked about photographers in the city have come up with their new work in progress photographs, curated by Aditi Ghildiyal at the gallery. 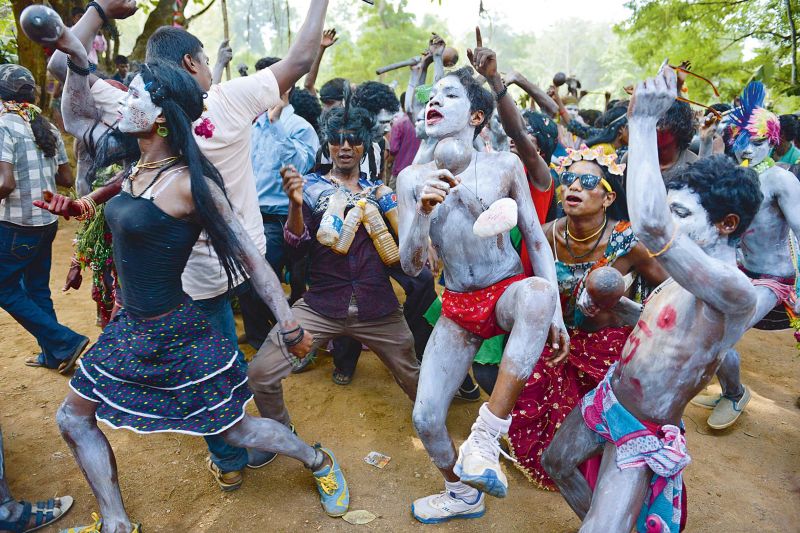 The most powerful communicator that ever existed is the image. In an instant, it can convey a message that an entire tome cannot. Mere words cannot describe situations that an image can illustrate and convey a strong message that is stamped into the human subconscious. According to John Berger, the visual image becomes more important than words ever can be. The child looks and recognises before it can speak.

The exhibition brings together three exceptional photographic series by these artists. Though the images differ remarkably in terms of both visual and narrative, they share adherence to an accompanying text. Each set embodies an inherent lexicon decipherable with the understanding of the text provided by the artist. Though the photos itself are distinct entities on their own, the text helps contextualise and historicise the presented imagery.

The works encompass psychological, socio-cultural, political, historical and geographical subtext presented through the photographer’s gaze. These works represent only a section of the artists’ current series which are still a work-in-progress.

Clare Arni, who has made the city her home, works extensively on architecture, social documentary and cultural heritage. Her solo photographic books document the history of the architecture of Benaras, Palaces of the Deccan, the recent excavations of Hampi, the capital of the Vijaynagar Empire and a four month journey along the course of the River Kaveri. Cop Shiva has always been known for his narratives, mostly socio-political, his works revolve around the changes we encounter in a busy city landscape.

Award-winning photographer Shibu Arakkal has captured his emotional journey with his lens. Speaking about the exhibition Aditi says, “Through this exhibition, we explore the notion of the visual and visuality. The difference between the two is that while a visual is what a human eye is capable of seeing, visuality refers to the way in which a vision is constructed. The implied narrative in the images becomes crucial for the understanding of the work.”

The photographs on display make for interesting narratives and are an ideal break after a chaotic week that passed.

— The show is open till October 8 at Art Houz. The writer is an art curator and art expert.