One Hell of a story

Bold and dreamy are only a few words that describe author and screenwriter Unni R.’s short story collection One Hell Of A Lover, which is set in the author’s home village of Kudamalloor, in the Kottayam district of Kerala.

Originally written in Malayalam and translated by J Devika, the collection, which comprises 19 stories, plants seeds of curiosity in the reader that just keep sprouting. Be it the sculptor Parameswaran’s never-ending dilemma, or the innocent and emotional tale of siblings Unni and Ambily. The author admits to weaving real-life experiences into his otherwise fictional work but maintains that one can’t claim complete authenticity. 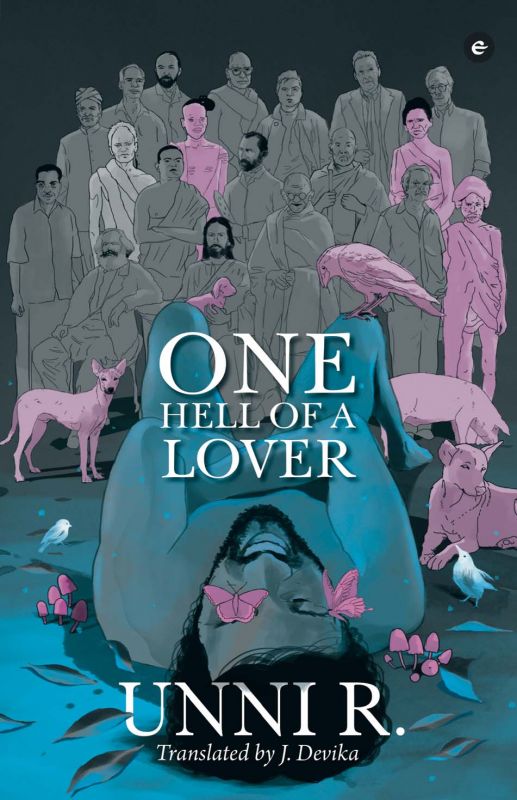 “Unni and Ambily are the protagonists of the story Spectre. Ambily happens to be my twin sister and many other characters are modelled on people close to me. Even the story Holiday Fun fictionalises the typical dominant male experiences that I have gone through in my single days when fun drinking ended up in calamities,” he shares.

As for One Hell of a Lover, the first story in the collection that talks about a suspicious character’s penis, the author reveals the title that came to him before the story. “Art, politics, and madness came through different strains in the story, and it made me insane. But I finished it in one sitting and could not write anything for a long time after this story,” Unni reveals.

One of his biggest challenges was telling such a story in a traditional society like Kerala, “but there were some readers who liked the story, whereas others looked at it as sheer pornography,” he shrugs.

Unni’s portrayals are a clear reflection of his deep connection with his roots. From characters running around the meadows to folktale references, every story is riveting. “There are innumerable stories in a village, and it is easy to recount the tales from familiar terrain. I like to encounter a Gandhi, Ambedkar or a Van Gogh in the narrow alleys of my village. In such a situation the village undergoes a strange metamorphosis, as that happens to Gregor Samsa (a fictional character from Kafka’s The Metamorphosis),” he says.

The book stands out because the characters and backdrop are subtly placed in certain beliefs and folktales, all stemming from the author’s childhood. “Right from my childhood, I have experienced spirituality beyond religion. It is probably because of my liberal parents, who kept themselves above the narrow confines of religion and caste,” he says. However, it was his mother’s way of narrating every incident in the form of a folktale that fascinated him to explore further.

“I began to observe the other’s life from a fictional point of view. And I wanted to narrate it interestingly,” he adds.

Unni has also incorporated humour into every story, a decision the author credits to his grandmother. “I think I inherited my sense of humour from my grandmother. I believe if the humour is not injurious to the total feel of the story, I let it sit there. Sometimes laughter is maintained even in a grim story,” he says in conclusion.