A novel expression of magic

It is an absolute disservice to literature when a term like ‘children’s book’ evokes, for many, a lack of seriousness — “Oh, it is probably all about flying horses and simple stories with basic moral teachings,” are how the assumptions go. And then you have Bal Sahitya Puraskar winner Paro Anand and her books — novel expressions of magic, if you ask this correspondent — which throw all such conjectures out of the window.

It is time to put aside all your presumptions of children’s books. Bal Sahitya Puraskar winner Paro Anand’s latest, Being Gandhi, will move both adults and children to tears—of hope. 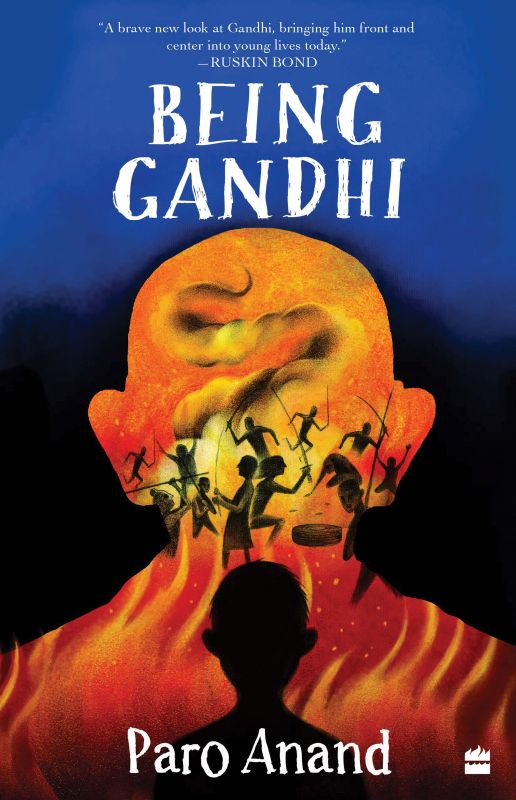 Her latest offering, Being Gandhi, does indeed begin with a simple, but in no ways cliché, premise: A school project prompts the young Chandrashekhar to understand and apply the Gandhian principles in a modern context. Now, the manner in which Anand deals with the subject matter goes beyond all conventions of a children’s novel — things take a poignant, almost tear-jerking turn, even as they remain innocent. A book such as this should be read by all, children or not.

How did she get the idea? On that, Anand reveals, “HarperCollins editor Tina Narang, whom I have known for a long time, said ‘would you do a book on Gandhi?’ and my first response was ‘no, definitely not!’. Because I write reality fiction, and where is the scope for Gandhi in this? You immediately think of a ‘biographical, historical’ narrative. But she said that they don’t want that usual take on Gandhi, and thought I will be able to bring something unique.”

A lot of challenges came Anand’s way, and a lack of satisfaction with her initial drafts was a major one. And then, she had her ‘eureka!’ moment. She continues, “The idea was how does a young person take on Gandhi, in a way that they become Gandhi. The problem has always been that we teach Gandhi in a way that is so perfect, godlike even, and somebody who they (children) cannot aspire to be. And, yet, the things he spoke about were not fads that go out of fashion. They remain relevant, maybe even more so now than ever. It’s not the time, but what he taught that is important.”

And this is only a part of the brilliance. The remaining wonderment is created by illustrator Priya Kuriyan, who, much like Anand, steps into the shoes of a 13-year-old and creates drawings interspersed across the pages which, if this correspondent did not know any better, seem to be the actual drawings of someone in their early teens — super sassy, hilarious to a point of laughter, and, of course, creative. “I think what is really amazing in Priya’s work is that she totally got the voice of the character in the drawings. The humour of it, Chandrashekhar’s sort of angsty, edgy, attitude towards life as teenagers have. But what’s even more amazing is that she got the arc of the story right. For instance, a reader appreciated this one drawing that’s almost entirely scribbled out. A whole page of scribbles. It’s a disturbing picture, and it is placed so beautifully in the narrative, it gives you that pause. And it was an adult reader who told me this,” Anand says, on a concluding note.