DECCAN CHRONICLE. | DARIELLE BRITTO
Published Jul 16, 2017, 1:31 pm IST
Updated Jul 30, 2017, 9:22 am IST
Their words led the artist to have a spiritual awakening six years ago. Now, he spreads their message on his canvas to share with others.

Honouring the teachings of Sikh Saints with brush strokes on a canvas is more than just a tribute, it is a connection to the divine for Canadian artist Bhagat Singh.

"The Saints taught that Truth is one of God's names" Singh said, before going on to add, "They inspired people through their poetry, I inspire people through my art.”

From a very young age Singh, who is originally from Ludhiana, Punjab, has been deriving inspiration from ancient warriors and Saints. Their lessons have heavily influenced his life which is voice in his work. As a child, his parents encouraged him to use his artistic talent to paint for a local gurudwara. However, as he grew older, it became a passion.

Singh began painting Sikh history when he moved to Canada at age 11. However, he only truly understood the depth of the Saints' teachings when he turned 21. That is when he says he started to build a relationship with the Creator, his biggest creative influence. He paints the gods, gurus and guardians in the hope that people feel God's love. "I want them to feel humility and reverence, to feel profound states of peace and to feel courage in the face of fear," he said. 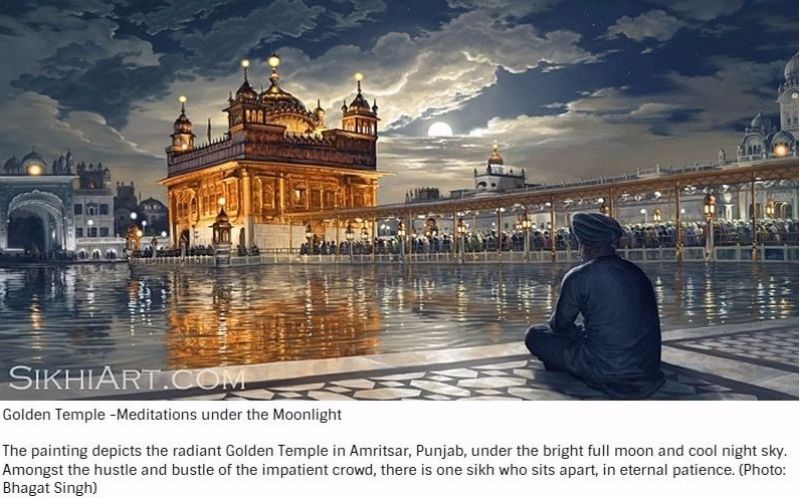 According to the artist, the wisdom of medieval Indian Saints such as Guru Nanak Dev, Sant Kabir and Sant Namdev, takes him to a tranquil state that helps him capture the essence of their words in his work. "I am inspired by their hymns, their teachings, enshrined in Guru Granth Sahib," he explained.

"I feel love in my being when I sing along with their hymns," he further added. 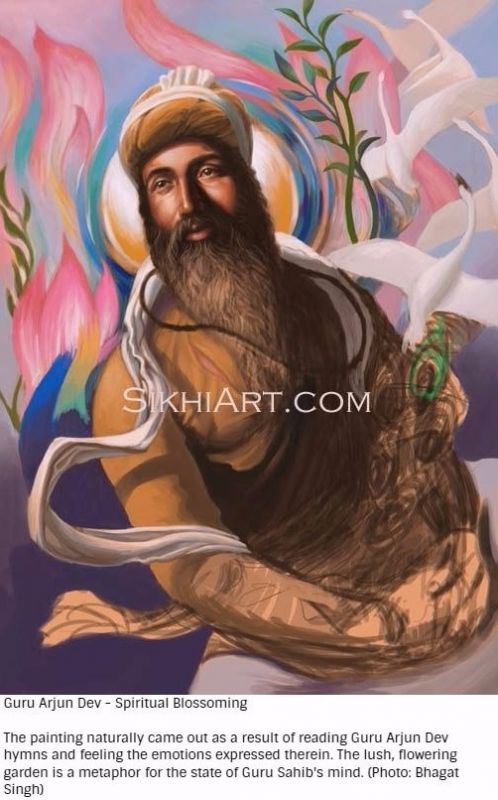 This sacred connection helps the artist derive powerful visions that lead to stunning portrayals of Sikh faith. Singh shares one such experience behind one of his creations. According to the young artist it arose when he was listening to the hymns and contemplating Guru Arjun Dev's martyrdom. "I saw Guru Sahib burning on the hot plate, the full scene of his torture. My eyes teared up and I began to cry. I saw a glimpse of Guru Sahib and how he saw his beloved God right next to him, and everywhere, and how he remained by God's side until his departure."

The scene was so moving he got emotional and knew he had to paint it. The vision inspired the painting 'Martyrdom', which shows Guru Arjun Dev peacefully meditating while being tortured. Even in that moment of having to experience immense pain, Singh explains he was in a state of profound peace. 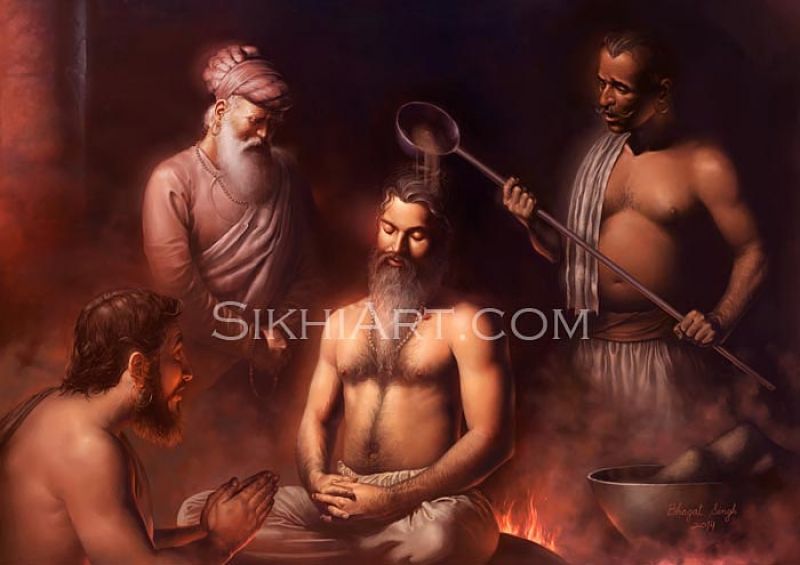 To perfect his work, Singh studies the great mastery of Italian artists such as Caravaggio, Rembrandt and Rubens. "They had the ability to capture sad, tragic, meditative and contemplative moments really well," he said.

Artistically, his style he said is a "dance that goes back and forth between spontaneity and planning". First there's combustion of ideas, then organizing the idea into a more refine composition. "I look at the painting and try to figure out what it needs to achieve a better composition or mood or colours," he revealed.

When the "Creative Being shines" through his art, that is a sign that the painting is complete.

Singh also revealed he has never regretted leaving behind university to pursue his art career. For six years he has been on a journey to improve himself through meditation and speaking the truth.

Like life imitating art, he concluded, "My path is that of the Saints."