Living under the shadow of death

It’s a scenario that even the bravest amongst us would hesitate to visualise. There is nothing more frightening than losing your home, your identity and being forced to move away from your roots.

The Nobel Peace Prize winner and Oxford University student, touches upon episodes from her own life as she familiarises us through the individual narrative of these girls. “I wrote this book because it seems too many people don’t understand that refugees are ordinary people. All that differentiates them is that they got caught in the middle of a conflict that forced them to leave their homes, their loved ones and the only lives they have known. They risked so much along the way and why? Because it is too often a choice between life and death. And, as my family did a decade ago, they chose life,” Malala explains in the prologue to the book.

We are Displaced is an eye-opener to the refugee crisis in the post modern world. A UN report says that there are a staggering 68.5 million people who are forcibly displaced worldwide.

Malala begins with a background to her much publicised life in the Swat Valley, which was seized by the Taliban in 2004.  Malala recounts living under the the terror of religious fundamentalists who enforced their lifestyle on the people in Swat Valley. Much of this narrative is already familiar territory for those who are well versed with Malala’s life. However, she probably believes it is important to recount old memories in order to make readers realise how traumatic and painful a refugee’s life can be, purely because it is not a choice based situation. 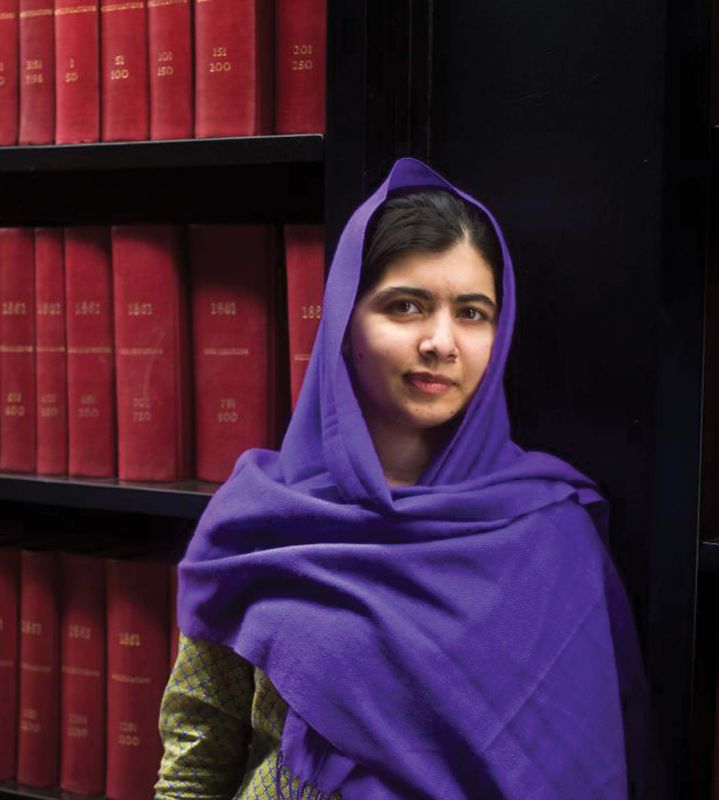 The young co-founder of Malala Fund has travelled to various refugee camps and has personally interacted with the victims, “who have inspired me to dig deeper into my own story of displacement to understand and share theirs.”

She introduces us to Zainab, a powerful young woman in Minneapolis who has fled wars and relocated from strife torn Yemen to Egypt. Zainab’s saga traverses through Egypt, where she and her younger sister Sabreen lived with relatives. They connect with their mother, (who left the girls when they were young) who sponsors their visas. But in a heart-wrenching scenario, Sabreen gets left behind, while Zainab’s visa gets processed.

There are several sad, heart wrenching tales that make you deeply gratified for every blessing in life. Yet another young lady, Muzoon, whom Malala met at the Zataari Camp, who has been nicknamed as the ‘ Malala of Syria.’ There is Najla from the Yezdi community in Iraq, who ran away into the Sinjar mountains when her family wanted to stop her education and get her married. “Her father was so angry that he didn’t speak to her for a year. But he let her go back to school.”

The book is replete with simple stories of survival by strong young women, who may have been displaced from their homes but have not allowed their dreams to die.