Bhaavna, who hails from a military family herself, was no stranger to life at an army posting. In her highly personalised re-telling of Lt Ummer Fayaz's life and death, she also manages to tell her own.

Bengaluru: “At 5 a.m that morning, as he approached the stand, Shabeer noticed that the howling dogs were guarding something in the chowk. As Shabeer moved closer, the dogs snarled and barked at him menacingly. There, lying in a pool of blood, was a man..." Bhaavna Arora slips effortlessly into her tale as the seemingly innocuous morning of May 8, 2017 in Shopian district, Kashmir, became the scene of a grisly murder. The Sarpanch, Mushtaq, was used to bad news, but not this time. As he approached the Chowk, he let out a yell. 'Ya Allah, this is Ummer! Our Ummer!' On May 8, 2017, the 23-year-old Lt. Ummer Fayaz from 2 Rajputana Rifles was abducted by veiled gunmen. He died a mere five months after being commissioned.

Bhaavna, who hails from a military family herself, was no stranger to life at an army posting. In her highly personalised re-telling of Lt Ummer Fayaz's life and death, she also manages to tell her own. And as it happens, it was through a chance phone conversation with a friend that she first heard of the 23-year-old martyr. It was May 16, eight days after Fayaz's death and Bhaavna Arora's journey to writing Undaunted - Lt. Ummer Fayaz of Kashmir, had just begun. 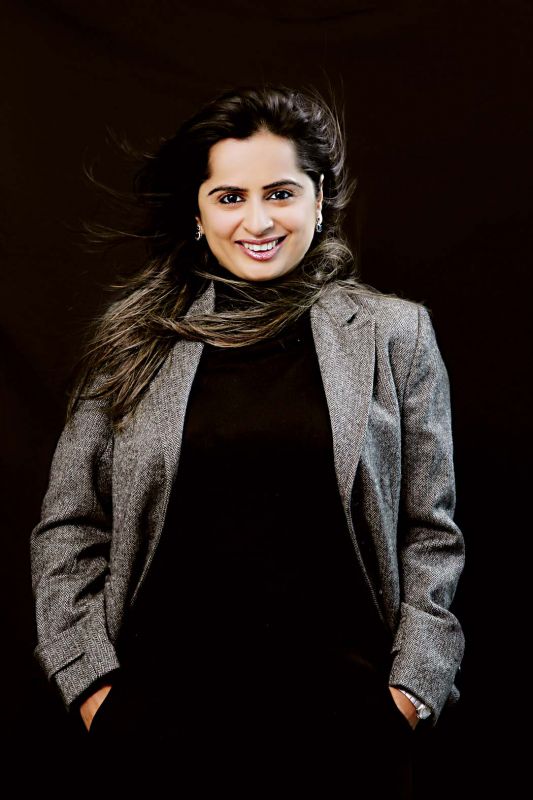 "Nobody talked about Fayaz although Burhan Wani was all over the media. Like Wani, Fayaz had suffered violence at the hands of security forces. Unlike Wani, who went on to become a commander of the Kashmiri militant group Hizbul Mujahideen, Fayaz joined the armed forces, fighting for his country and becoming an inspiration to thousands of other young Kashmiris.

The most difficult thing for the army men is to carry the coffins of their brethren-in-arms; unfortunately, politicians do not realize this. The killing of Fayaz was an act of cowardice,"

They had all suffered at the hands of security forces and the choices they made were a consequence of this. Fayaz's choice made all the difference. That's what moved Bhaavna to write her book.

She was asked to write a book on Wani but in her opinion, the story of a boy who stood for secularism was needed to be told.

When Fayaz's bags were asked to be checked, he refused. Seeing trouble brew between him and security personnel, a senior officer intervened, politely asking him to let his bags be checked.

Arora's story is built through many, many conversations, told through primary sources, including Fayaz's family. And she learned through these that it was the kindness shown by the senior officer that inspired him to join the army, too. Lt Fayaz was inspired by Lt. Gen (Retd) Syed Ata Hasnain, former GOC, 15 and 21 corps.

After two years of in-depth research, much of which involved traversing through violence-torn parts of Kashmir the author wanted closure for jer book. "The army asked what I wanted that closure to be, so I asked them what that meant to them. It would come, they said, when Fayaz's death was avenged. Last year, his killers were gunned down in South Kashmir," she says.

Royalties from the book will be used for an annual scholarship named after Fayaz. She will sponsor the education of his younger sister, who wants to pursue nursing.

"Since I come from an army background I can relate to his story. I know how it feels to wait for your father and brother.

One incidents which she remembers fondly is Lt Col Inderjeet Singh shaving his head after hearing about the young officer's death. "He asked his wife to perform Hindu mourning rituals. Fayaz used to stay at their home during leave," she says.