‘Face the Wall’ is a street art initiative by D. Subhashini and enthusiastically supported by three more professional artists — M.V.S. Bhargavi Latha, Shekhar Shinde and V. Goutham. The group has already set their creative task in motion by painting the outer walls of a Government school in Manikonda and is presently working on a wide wall in the same locality.

“I was keen on starting the project in my own locality,” says Subhashini, as she explains, “I was totally unprepared for the reluctance and resistance that we received from some people. We are not expecting any money for our time and effort, but we expect them to only provide the material needed.” Further, she adds, “In the case of ongoing projects, we decided to contribute and arrange for the material ourselves. I am however, very happy that a lot of artists are willing to join the campaign along with some Fine Arts students, who are working with us.”

When asked how she got inspired to pursue such an unusual creative journey, she replies, “As an artist, it is my responsibility to make my surroundings beautiful and also to initiate awareness about socially relevant themes amongst our fellow inhabitants.” 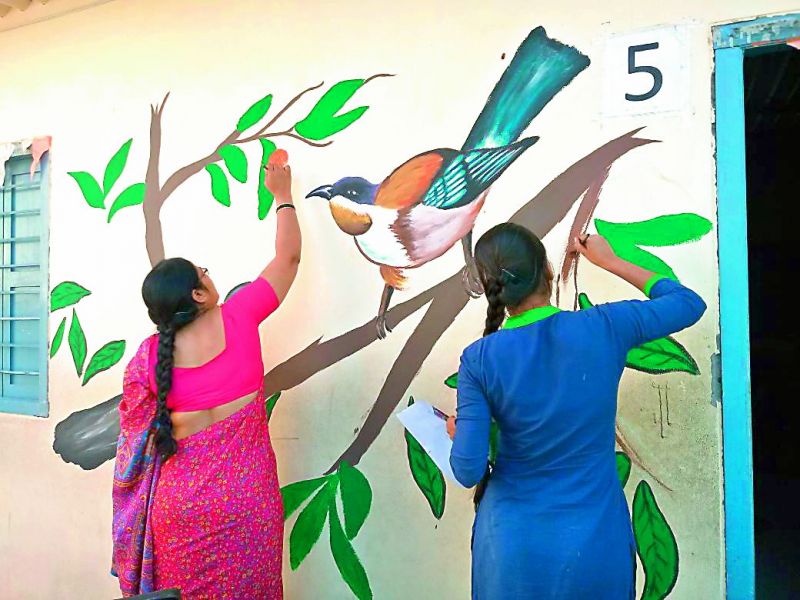 A mural creating awareness about decline in bird count

The Government school wall has been painted by the group in a representational manner and imbibes a hidden meaning and message. A series of boy and girl figures have been arranged to look like an abacus containing the beads in a straight line. However, a hand is shown separating the two sets of figures, which depicts the gender discrimination that is so deeply ingrained in our social system.

Another work in progress is a mural which creates awareness about the decline in the number of birds due to the many changes in the natural environment by human beings. 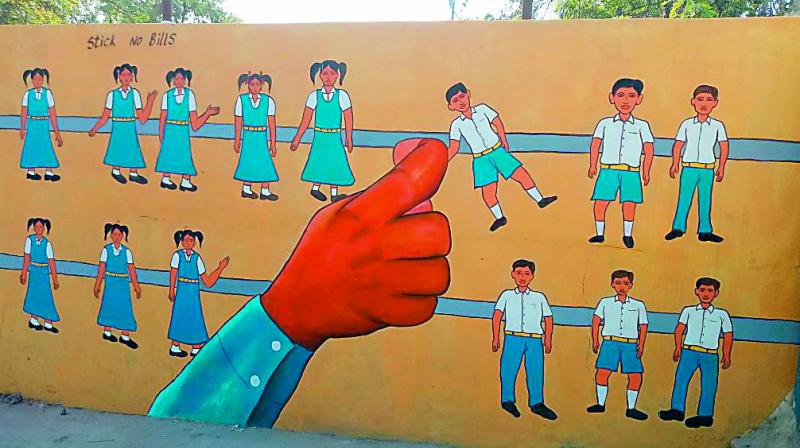 Interestingly, all the artists in the group are professional artists who work at different places during the week. Goutham, who works as an art teacher, shares his experience: “For us, Sunday painting is like going to a picnic and having fun. We enjoy painting the bare spaces and dark corners with fresh hues; we love to work on this project and sincerely hope that this initiative will not only beautify our surroundings, but will also help in building a connection between common people and art.”

We asked docs: Do Favipiravir and Remdesivir work against Covid-19?

Post-lockdown Chennai: How have you changed?