The Gender bender: With two women & a cat

This performance contains 14 characters, all portrayed by the playwright, Deepika Arwind. It is on its 35th outing this weekend.

If there was to be a strapline for Deepika Arwind’s play No Rest In the Kingdom it would be: ‘One performer plays 14 characters’. Two men, one woman and a cat are the main ones to watch out for while the rest appear in flashes. The cat raps, by the way.

“The title of the play refers to a patriarchal kingdom,” says Arwind of her theatrical work which talks of misogyny and ‘masculinity’ as we understand it which is “unnaturally privileged and entitled”. The audience will sign up for an hour-long play addressing negotiations of misogyny which differs across class, caste and race. “But the play is funny,” she remarks. In fact, if people laugh and find it funny only then “something can happen.” She enacts scenes when a woman is on the street, bus, bike or in a car; picking out the experiences which the gender deals on a daily frequency; sometimes with hilarity and sometimes with annoyance.

Arwind is a theatre veteran with 12 years of experience. She has done several plays which have conversations about women. For instance, her theatrical production A Brief History of Your Hair, is about hair which is not outside the patriarchal rules. Other plays include Nobody Sleeps Alone and One Dream Too Many, a play for children which was played at the Kennedy Centre in Washington. Her versatility found favour with the Toto Funds the Arts which awarded her for Creative Writing in 2010. 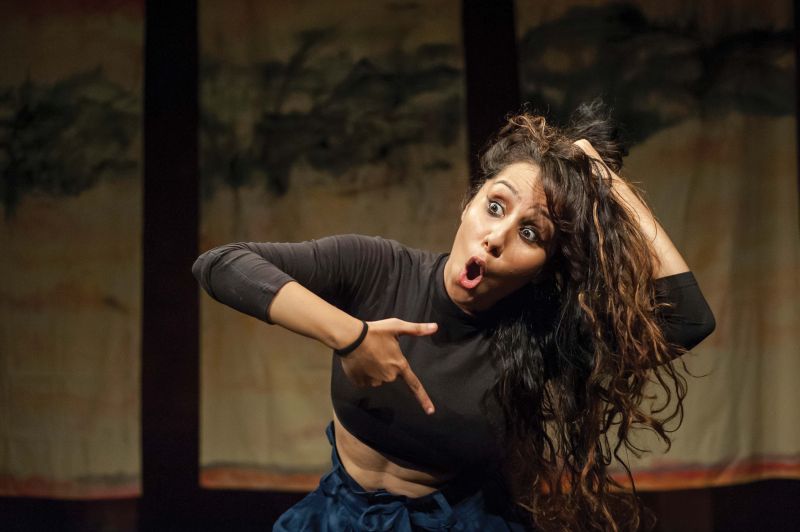 No Rest in The Kingdom has so far been performed 35 times since it first debuted. In fact, for the first ten shows, she didn’t even work from a written script. Usually, solo shows can be an excuse for cutting costs or to put the spotlight on self, but sometimes they can also be about building conversations with the audience. “I wouldn’t call it as engaging with the audience,” she says. “Instead, I would put it as ‘playing a lot’ with the audience or ‘talking to them’. But whatever be it, the audience is very much part of my play.” Against the backdrop of a self-written script which is enacted by her, the question arises about how she rehearses for the show? For once the articulate playwright pauses for words. “I just don’t know how to explain.” What she actually does, according to her, is to work on the craft of the piece. As a practised theatre performer, it is easy for her to “know the rhythm, pace and energy of the piece” which changes according to the venue and the audience.

We talk about the significance of the cat. She gets that question a lot. The motif of a cat is linked with that of a woman, she feels. “Not in mythology but in popular culture.” As an object it can be extremely sexy and desirable - “Snapchat has those sexy cat images” or else it shrill, or get into a ‘catfight’; phrases allocated to women. Then there are talks of ‘ending up as a spinster with a cat’. The responses to the play have been encouraging. While she would get feedback initially, the play has transformed into a funny tongue-in-cheek style format. In the process, there is no “outside eye” which could be limiting for the performer.

Arwind has taken the play to audiences in New Delhi, Chennai, Mumbai, Puducherry and Sri Lanka. It's a solo show when she takes the stage, but when she hits the road though, she usually travels with two collaborators on production design and lights.

As she steps on the stage, the world suddenly gets crowded with people who perpetuate misogyny, knowingly or unknowingly, and people who are complicit with it. But if the patriarchal kingdom is questioned that night and every night, then perhaps the very purpose of Arwind’s play, may just be accomplished.