Twelve-year-old Pooja has never done anything crazy in her life, like stealing a book, lying to her parents or skipping classes. She is the perfect student and the perfect daughter with the perfect grades. However, her life takes a sharp turn after her parents decide to send her to an international boarding school, where she discovers something lurking beneath the grounds — after all, it is an ancient fort!

Author Kripa Devar’s upcoming book, The Forgotten Fort, takes a kid’s imagination to another level. Ask the author about the genesis of the book and she quips, “The story was in my mind for several years. I wanted to write something which would be exciting and also impart knowledge. The Forgotten Fort is based on the life of every kid today — dealing with parental issues, peer pressure, bullying and much more. It also talks about the basic values with which I grew up — that parents know the best for their children.” 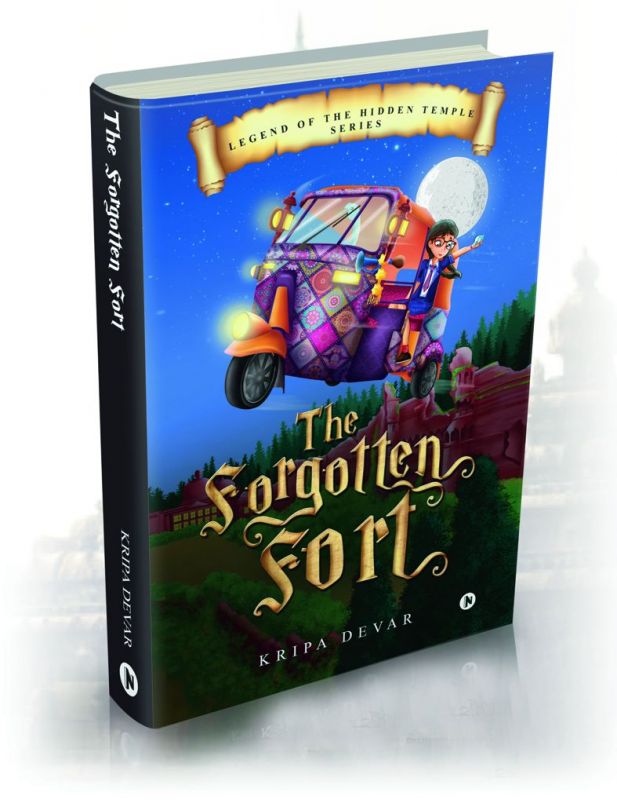 Notably, one of the foremost reasons Kripa wrote this book, was that she wanted to give kids something different to read.

Notably, one of the foremost reasons Kripa wrote this book, was that she wanted to give kids something different to read. Having been born and brought up in South Africa, Kripa feels that it is crucial for children to know their roots and understand their culture. “In today’s world, where everything is easily available on the Internet, we need to change the age-old stories that we have been telling our kids for generations. We need to make them sensitive towards religions other than their own. And hence, my book has a bit of every religion in it. I have picked up stuff mainly from Hinduism, but it also has something from Buddhism, Zoroastrianism, Christianity, etc,” says the author.

Talking about the research that went into weaving the story, Kripa says, “Even when I was in South Africa, my father used to narrate all the Indian fables and tales to me. So, I knew the basics. However, I had to research about the British colonisation, as that is a part of my story. I wanted the youngsters to know about the turmoil the country went through during that era.” By the sound of it, Kripa’s book takes the reader on an eclectic cultural journey that is believable yet historical and fantastical.