This is the third solo exhibition of Balan in Kozhikode.

An artist can bring to the canvas the past and its beauty as beautifully as the future and the present. Balan Tanur, a well-known artist, uses his works to shed light on the evils of the present and also to highlight the beauty of the past. His sculptures like ‘mother and child’ and ‘saluting man’ show the beauty of prehistoric and Dravidian periods. His solo exhibition of sculptures and paintings is going on at the Kerala Lalithakala Akademi Art Gallery in Kozhikode.

“This exhibition is a collection of my works. Art is a medium for me to declare to the world my perspectives on various matters,” says Balan. His works deal with the current issues. One can find the artist’s dismay over issues like the plight of the fisherfolk and the tribal people, exploitation of woman and cruelty against animals, in the works. “I express my ideology and feelings through art, whether two dimensional or three dimensional,” he says. His sculpture of a faceless tribesman gives a strong message to the world, where the oppressed the marginalised still don’t have an identity. 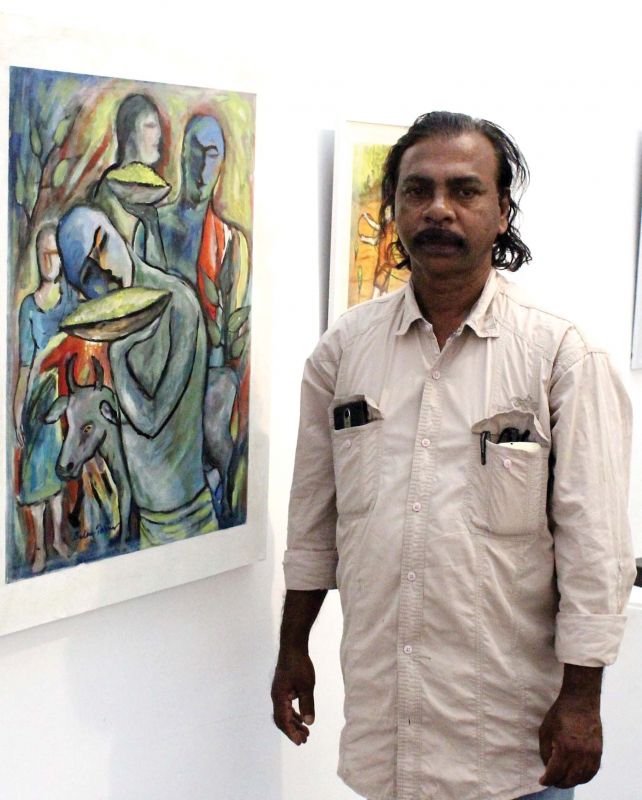 Balan also tries to talk about the exploitation of the fishermen community.” It took us a calamity to know their worth. They have been struggling all the while, but we find it difficult to acknowledge them,” he says. Exploitation happens everywhere. Balan tries to shed light on it. He has also included a canvas to picture the exploitation of cows. Nowadays, they are considered a mere election strategy. “Cows should be treated well, not worshipped,” says Balan.

This is the third solo exhibition of Balan in Kozhikode. He has conducted various solo exhibitions in Goa, Thiruvananthapuram and Thrissur also. The expo will conclude on November 17.