The art of repair

For the artist, her work has metaphorical meanings that represent the act of repair as a response to sudden disruptions in the general order of things.

Artist Priya Ravish Mehra’s experimentation with fibres has its roots in her childhood in Najibabad, a town in Uttar Pradesh. Local rafoogars, or darners, regularly brought antique shawls from Kashmir and other precious fabrics to her family home. As the traditional darning skills were passed down from one generation of artisans to another, a young Priya was increasingly drawn towards the world of textiles. The artist died last year at the age of 57 after suffering from cancer.

A work by Priya on display at the Kochi-Muziris Biennale unravels a rare technique of woven tapestries, combining fragments of discarded weaves with paper pulp. For the artist, her work has metaphorical meanings that represent the act of repair as a response to sudden disruptions in the general order of things. 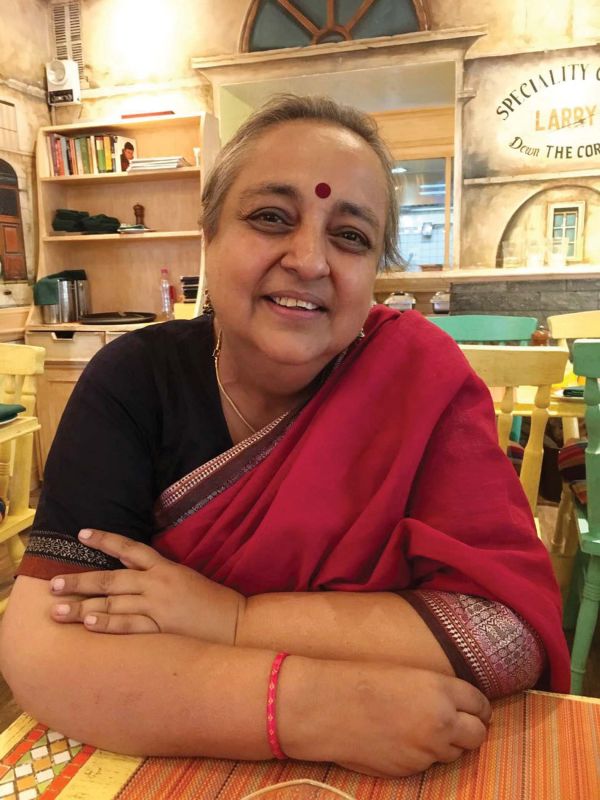 “I employ the metaphor of rafoogari or traditional darning to invoke sudden, unexpected and violent rupture in our daily experience. It is a symbolic affirmation of the place, significance and act of existential ‘repair’,” the artist had said about her work. According to the biennale, Priya’s woven tapestries deploy the metaphor of rta, suggesting cosmic order or truth, which is a Hindi term used in Indian philosophy. Elaborating on the artist’s practice, Anita Dube, the biennale curator, says Priya had, in some of her early works, tried to convey the realisation about these universal rhythms of rta. “In the body of work on view here, she has extended the idea of invisible repair in the rafoogari process by using fragments,” she adds.

An exhibition of Priya’s works, on view at Aspinwall House, includes many of her innovative mixed-media works and early textiles, where she has used wood, fiber, paper and cloth. Scrolls and tapestries hanging from the ceiling, and a wide range of works mounted on the wall form part of the presentation. 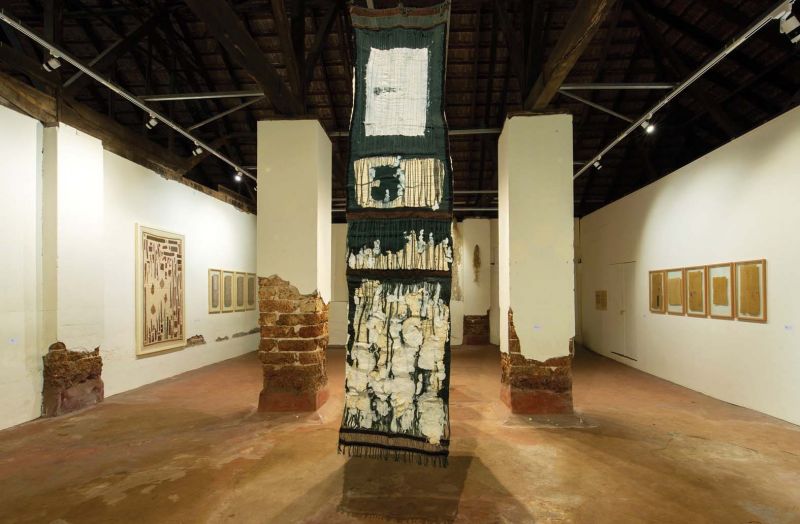 A particularly striking piece of work is a large hand-done darn on Pashmina cloth that stands out for its innovation and beauty. In other exhibits, the artist has used nature dyes on cloth, which are seen alongside mounted works made out of twigs, thread and paper pulp.

Filled with shades of blues, off-whites and browns, her abstract works have been created in disparate styles and sizes, revealing the scale of her artistic imagination. The wide range of materials that she has used in her art blend with each other seamlessly, creating an interesting form of interdependency between them.

However, Delhi-based Gallery Threshold believes there is very little known about Priya’s art. “Her work is very unique and the world has not heard about it enough as yet,” says gallery director Tunty Chauhan, who curated a solo exhibition of the artist’s works at her gallery in 2017.

Gallery Threshold, along with members of the Mehra family, has lent project support to Priya’s biennale presentation, which displays 56 works created by her.

Known for her multiple roles as a textile artist, weaver, designer and researcher, Priya’s formal training in art began with a fine arts course, where she specialised in textiles, from West Bengal’s Visva-Bharati University, Santiniketan. She later studied tapestry at West Dean College, Sussex, and pursued an advanced tapestry course at the Royal College of Arts, London.

As part of the Asian Cultural Council Grant, she studied the maintenance and preservation of Indian textiles, especially Kashmir shawls, in public and private collections in the US.