“Painting from nature is not copying the object; it is realising one’s sensations.” ~ Paul Cézanne. 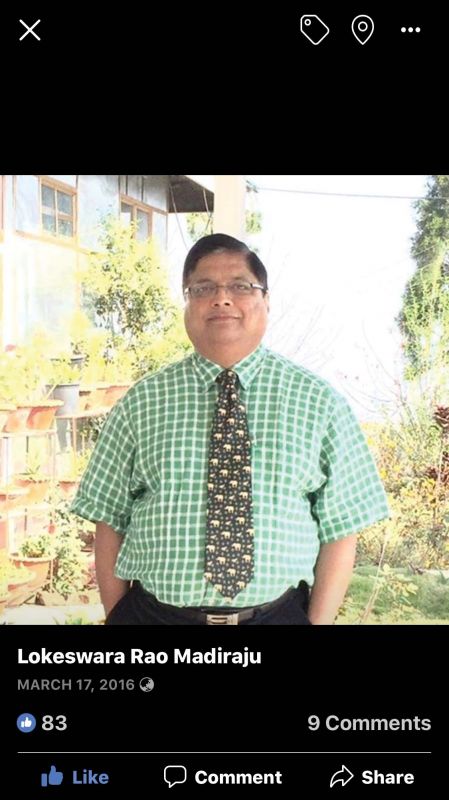 Lokeshwar Rao dons multiple hats. It seems that his relationship with nature was written in his stars. Lokeshwar Rao Madiraju is a former IFS officer who served in Nagaland and was one of the most influential faces behind the rescue of Amur Falcons. Little did one know that this man had a magic touch with a paintbrush. A soft spoken man who has been inspired by the Buddhist principles and preaching, Lokeshwar Rao’s paintings are still and serene at the same time. A famous quote by Dalai Lama in relation to the art show on display makes a lot of sense. ‘’So when you say environment, or preservation of environment, it is related with many things. Ultimately the decision must come from the human heart, isn’t that right? So I think the key point is a genuine sense of universal responsibility which is based on love, compassion and clear awareness.”

Lokeshwar Rao’s pieces are an eclectic mix of figurative and Semi Abstract. He has created a special network for Earth Day. Despite the change in styles of the oeuvre, they are united by one theme — Nature. Lokeshwar’s reasoning of how Nature and Buddha are connected is very simple. The connection between Buddhism and nature is inseparable. Buddhism was born in nature in the sense that the ascetic Gotham, the founder of Buddhism, attained enlightenment under a Bodhi tree in a forest on the bank of the Nerañjara River and he delivered his first sermon in the Deer Park. He spent quite a significant part of his life in natural surroundings. Nature is never absent from the four main events of the Buddha’s life: birth, Enlightenment, First Sermon and death.

Lokeshwar Rao’s works depict a lot of intrigue and also is his take and perspective, having served as the conservator of forests and being surrounded by nature, his works also is a reflection of his tryst with the mundane nature and its fauna which he experienced. In some of his works, he has exhibited the pertaining environmental issues to protect species in different ways. In one of his paintings, he shows Buddha with a parrot which once again emphasises “ahimsa” (non-violence) and lotus and butterflies in the natural world. He also has depicted that animals should not be caged, evident in his painting of a deer in a cage and shows the sorrow of the animal in the cage. Some semi abstract paintings are of butterflies.

Says Lokeshwar, “As a forest officer and nature lover this exhibition is special to me because of the decrease in a number of endangered species because of human activity of habitat destruction which is home to wild flora and fauna. Through this exhibit I am giving out a message and to the people about how we have to protect our wildlife for future generations and living with nature by adopting eco-friendly ways’’. The exhibition is on at Navrathan Antiques and arts from April 20- 23.