This artist is going places

This 2015 Master’s graduate from the University of Hyderabad is making news in the art world. Anila Govindappa, has already been a part of four art shows, several art camps alongside veterans such as Laxma Goud and Thota Vaikuntam, and was at the St+art Hyd festival too. But most recently, Anila had his work on display at the Osten Drawing Biennial, one of the most famous drawing biennials in the world.

“I was always fascinated with drawing and I loved trying out new things, so when I heard about the Osten Drawing Biennial, I knew I had to send my work across,” says Anila, who lived in Hyderabad for the past three years. 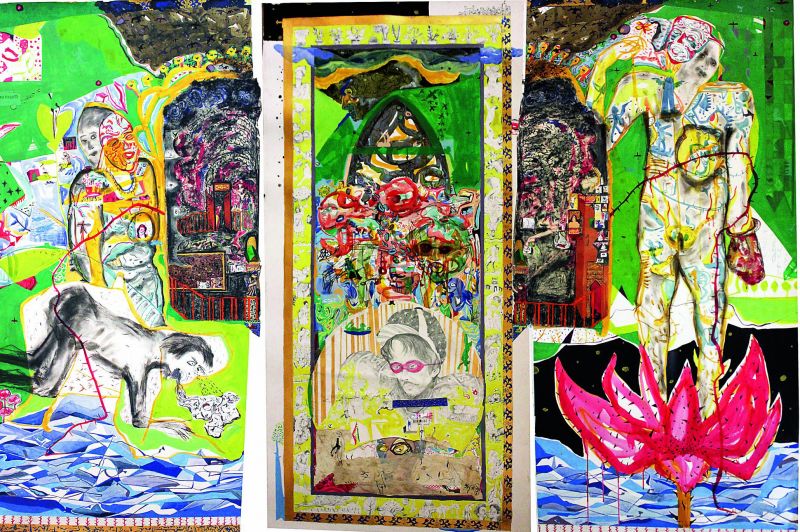 As part of the month-long biennial that took place in Greece, Anila got to showcase his work to several artists and he says this helps young artists like him to excel. “It gives us a chance to see the world outside  and the exposure is very important. We not only get to display our work to eminent artists but also get to learn from them,” he explains.

Anila’s work was also shortlisted to be part of the Inlaks Shivdasani Foundation 2017, but he missed receiving the award. “I got till the interview round, but couldn’t get through. But even getting shortlisted was a great thing for me,” he says.

Anila’s artwork In Between, that was displayed at the Osten Drawing Biennial.

Apart from the several projects he has been receiving, Anila is also gearing up for his new show.

“I constantly try to do different things and I’m always on the lookout for new things,” he says.