Speaking their minds with art

The richly textured surface in the painting reflects hazy similarities with natural elements.

Vijay Dhore, a Hyderabad-based artist has recently returned from an art camp organised inside Tihar Jail in New Delhi. The creatively overwhelming event has turned out to be a memorable experience for the artist.

“The camp was the first of its kind in the country and the credit for its smooth functioning goes to the unanimous support and enthusiasm of the government, jail authorities and the very talented jail inmates who participated in the workshop,” says Vijay.

A postgraduate in fine arts from Nagpur and Bhopal, Vijay was the only artist in the camp from Telangana. The two paintings on which the artist worked during the camp were a result of his contemplations about the jail inmates and are symbolic interpretations of two kinds of emotional upheavals. The one rendered in a warm and bright yellow palette brings forth an abstract play that manifests a human mind that is outraged and disturbed and ends up surrendering to an impulsive and instinctual action. 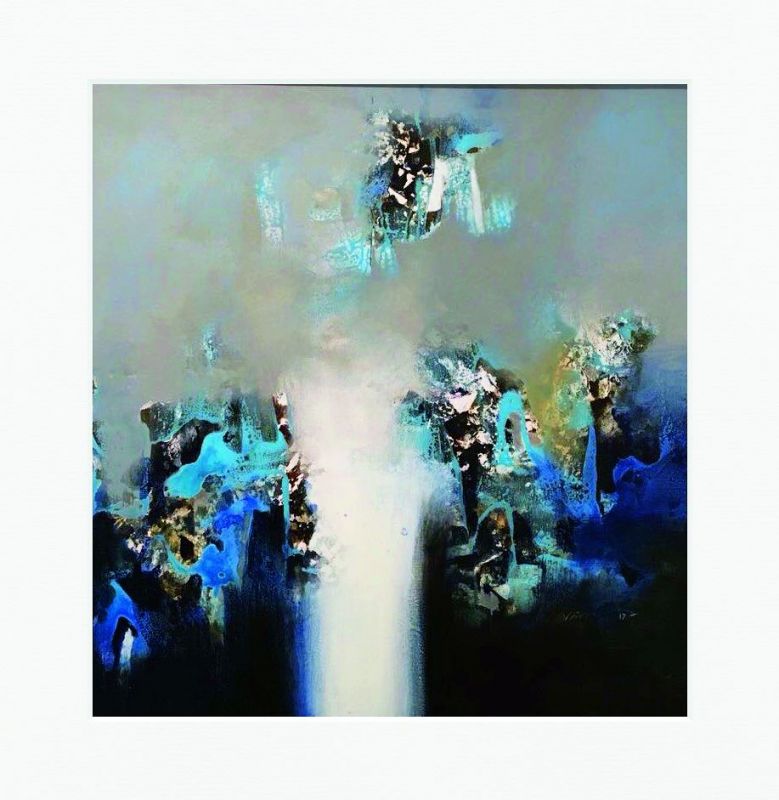 This painting of Vijay manifests a quiet and calm mind.

The richly textured surface reflects hazy similarities with natural elements. Within the span of the ambiguous renderings, mountains and water bodies appear for a few moments and then, almost instantly, get merged into the surface of the painting.

Explaining the second painting, the artist says: “It is the opposite and a completely diverse visualisation in comparison to the first work. This one manifests a quiet and calm mind, which eventually succumbs to realisation and regret.” 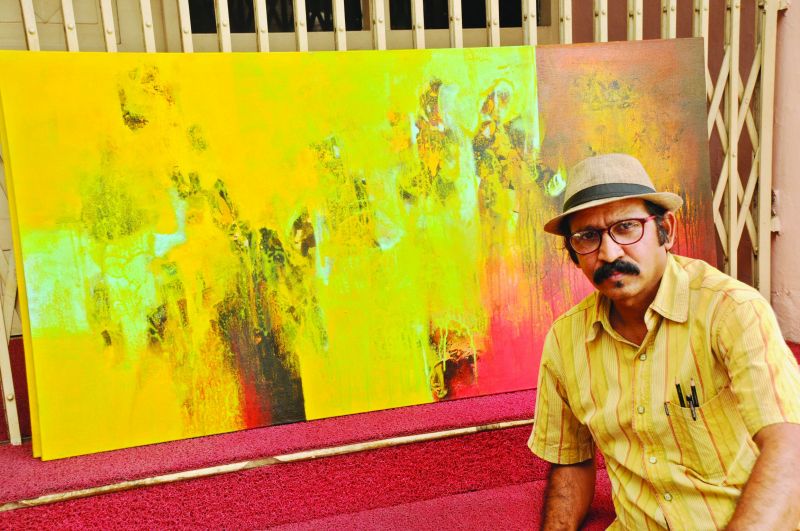 Recollecting the good moments, Vijay says that the time spent with the jail inmates remains the most prominent feature of the camp. “Looking at them painting on their canvases, it was difficult not to think about their past and the reasons that had brought them there. Yet, more than once I got connected to them as mere artists and creative minds at work,” says Vijay, who looks forward to attending similar workshops in future.