Two worlds in a room

Manilal and Shanti with Soorya Krishnamoorthy

Isn’t it natural to look for a common thread in pieces of art, sharing the same room, even if they belong to different artists? However, the ongoing exhibition of paintings by Manilal Sabrimala and Shanti Sivaram is not based on a common theme, probably because it was impossible to do it.

The two artists are at different junctures in their art journeys. Manilal Sabrimala, who is always introduced as the one who makes abstract Ganapati forms, has started to deviate from his usual style. Over the past three years, he has created more than 70 abstracts in black and white. Shanti Sivaram, who has been experimenting with medium and techniques, has now started making acrylic paintings in mural style. 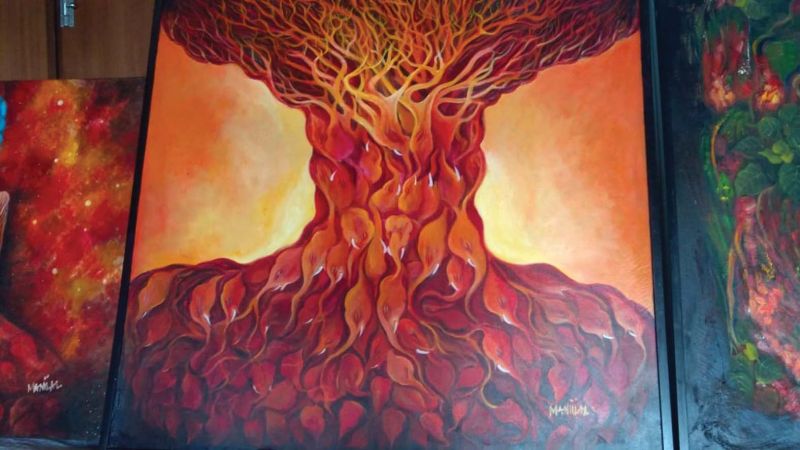 Manilal’s paintings and sketches seem to have been born out of concepts. It is apparent in the confidence with which he articulates the ideas behind his works. His latest series in ink has a piece that seems to be full of thorns. When he says that is Jesus Christ, it makes sense.

Shanti Sivaram, on the other hand, does not start with a concept; but over the course of time, the process gives shape to the painting. It is a meditative exercise for her. About a painting of a temple, she says, “I dabbed colours. Later, I turned it into a temple. I didn’t know that I was about to paint a temple.” 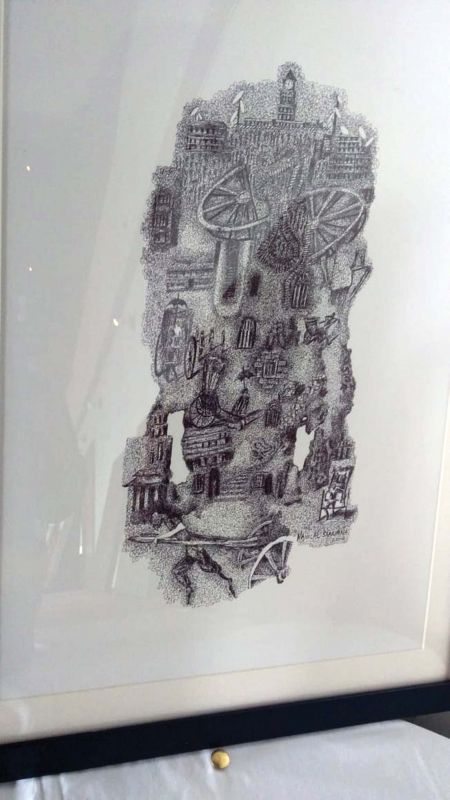 They have also travelled different paths in life. Manilal was a biology teacher in a school under the Royal Government of Bhutan. Painting was something he pursued in parallel for years, before he decided to quit. Shanti was a homemaker and started learning oil painting under an Indonesian teacher in 1973. Indonesia was where her husband was posted.

Later, he was transferred to other countries, and the local cultures have influenced her. One of her paintings depicts people with masks. She says that masquerades are common in Nigeria. Imagine having to summarise every force that shaped them, and turn it into an exhibition theme. 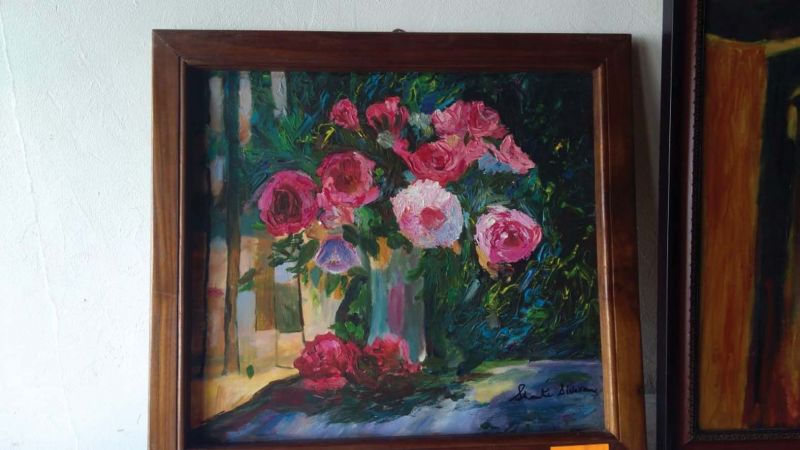 But if one were to be adamant about putting them in the same box, there is a similarity. Both of them sound as if they just started making art. “You can’t compare me with him. He is a professional artist and I am nowhere near him,” she says. Manilal says, “I am confused about who I am as an artist. Everything I have made in art is similar to someone else’s work. Where is Manilal? Nowhere.”

If these works were people, the banquet hall in Turtle on the Beach, Kovalam, where the exhibition is on till December 14, would be filled with conversations. For each has a different story to tell.

A well-researched but uncritical portrait of Bollywood’s ‘first lady’