Art has the potential to uplift one’s spirits, especially in a hospital setting. Keeping this in mind, the students, alumni and management of Osmania Medical College (OMC) took on the initiative of beautifying the campus and making its ambience on par with the nation’s best medical colleges by unveiling ‘Doctor’s sculpture’ and ‘Outstanding OSMECOS ‘77 Square’ recently.

Elaborating on the sculptures, the 68-year-old artist Taduri Venkateshwara Rao, who made the artworks, says, “All the sculptures are done in single stone medium, which I simply love working with. Sometimes, artists get tense when they have to work with stone sculptures, but I get very excited to work with them and create magnificent artworks.” Having been in the profession for the past 46 years, Rao who originally hails from Durgi village, Guntur district, Andhra Pradesh, reveals that it took him just three months to finish the ‘Doctor’s sculpture’ after OMC alumnus Dr Vijay Anand Reddy gave him a brief of how he wanted the sculptures to look. 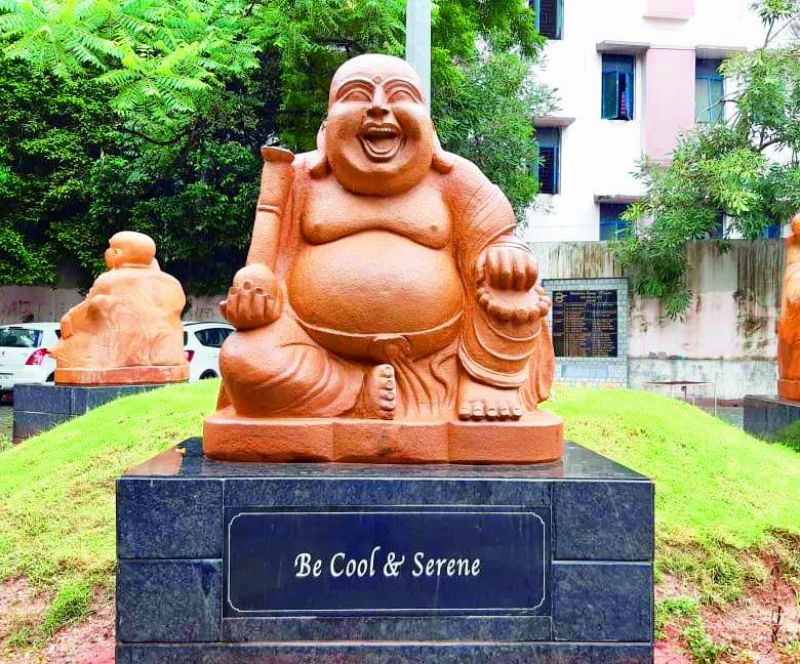 One of the laughing Buddha statue at Osmania Medical College done by sculptor Taduri Venkateshwara Rao.

Interestingly, the Hyderabad-based artist, who works out of his workshop near Charminar has created many statues in and around the city, some of which are a staggering 30 feet in height! He is also planning to create another wonder — a 35-feet Buddha statue to be installed at AP Capital city Amaravathi with his own money as of now along with his son who is also into the same field. 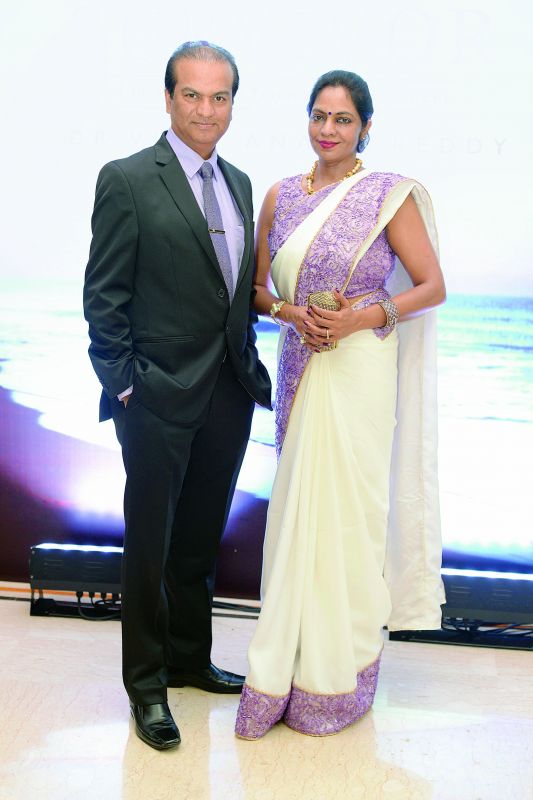 Talking about how Venkateshwar Rao came on board, Dr P. Shashikala Reddy, Principal, Osmania Medical College, says, “Both Dr Vijay Anand Reddy and I are alumni of OMC and were saddened to see the neglect the college was going through. When I came on board as the Principal, we took it upon ourselves to do something for the college and make it one of the five best medical colleges in India.” 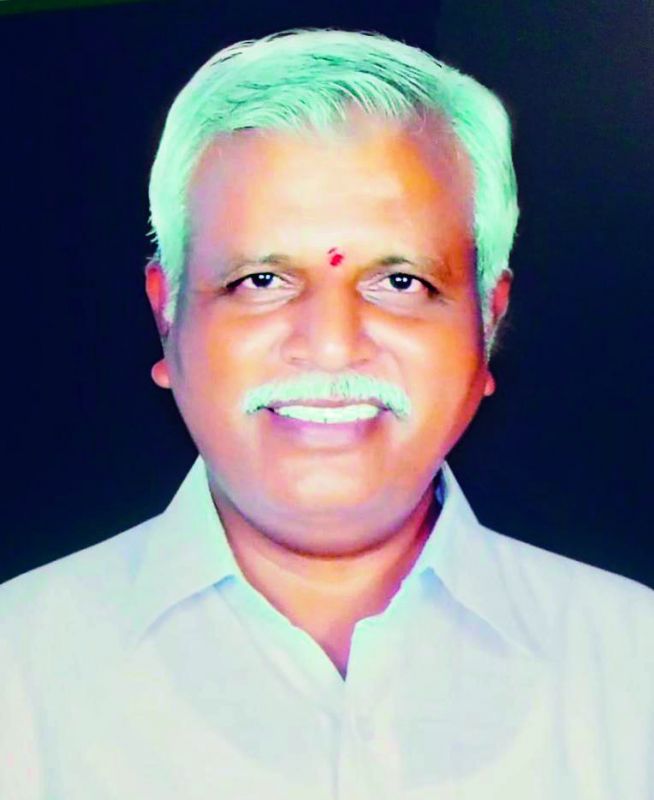 For Dr Vijay Anand Reddy, alumni member and Director, Apollo Cancer Institute, it was his love for the college that helped him brainstorm and conceptualise all the artworks. “I have known Venkateshwar Rao for many years. All the sculptures at my home are in fact, done by him. The main aim behind the ‘Doctor’s sculpture’ was to highlight the atrocities against doctors these days. People are skeptical about joining the medical profession, but even today, I feel it is the best and noblest profession,” he says, adding, “To re-instate the confidence in our students and to enforce our commitment to service, we have put the modern Hippocrates Oath along with the ‘Doctor’s sculpture’. The entire cost of beautification of OMC costed Rs 1.1 crores, of which I contributed Rs 26 lakh.”

Breathing life into stones
Sculptor Venkateshwar Rao specialises in making Buddha statues using a single stone. His works can be seen across the city: