The Sunshine Boys is a story of a comedy duo who are now at the dusk of their careers and are making one last desperate effort to spin the fate on its axis to see the Sun again. When old egos, old frustrations and old partners come together again, there is no dearth of drama, probably the reason behind this being the latest production of Dramatic Circle of Hyderabad or DCH.

According to Pranav Singhal, the director, The Sunshine Boys is one of those rare Neil Simon comedy writings which has layers that audiences peel off after they have left the show. Although it is a story peppered with comedic setups, it has a tangible sentimental undertone. Even though the sparkle of the comedy will go out once the play ends, the subtle elements will keep unravelling in your mind long after, like an incense. 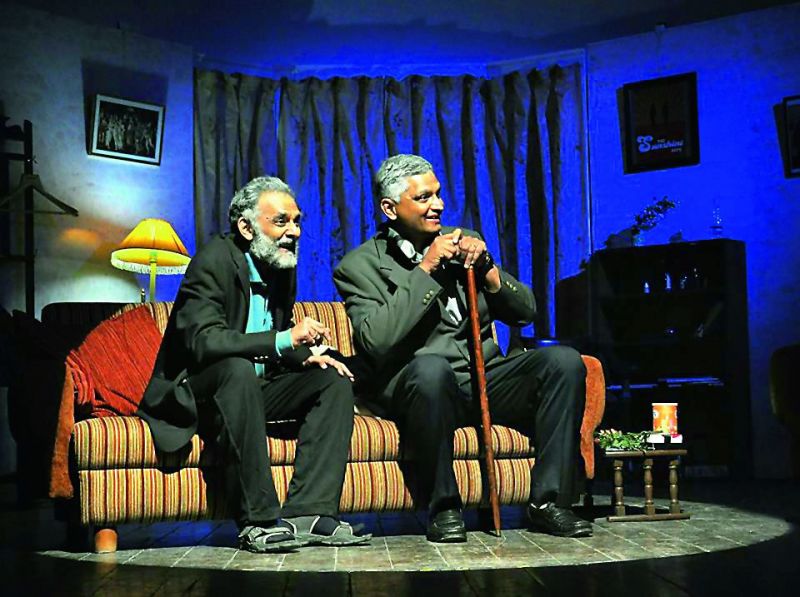 A still from the play The Sunshine Boys

Comedy or drama, team DCH is no stranger to either. The two actors playing the Sunshine Boys, Ranjan Ranganathan and Jayant Dwarkanath, have been associated with DCH for decades and plead guilty to many tickled ribs over the last few decades. The DCH journey began way back in 1964 as a result of efforts of a group of Osmania students. Over 50 years and 120 productions later, DCH is far from settling down. The group believes in its constant reinvention, their latest endeavour in that direction being their ‘Newbie Programme’.

The ‘Newbie Programme’ is DCH’s way to fulfill the dreams of people who want to be on stage but for some reason have never found their way behind the curtains. DCH holds these ‘Newbie’ workshops regularly and everyone who has ever harboured a staged dream is invited. Their last workshop was held in British Council in September where the youngest attendee was 18 years old and the oldest was 62. With no bar in age, the programme is open for all in the truest sense of the word. The Sunshine Boys made a public appearance on Sunday at the Phoenix Arena amidst a great turnout.