The group that attended the walk consisted largely of people from other cities who are working here, and wanted to explore the city.

With the St+art Hyderabad festival that took place in November, M.S. Makhta, the locality that used to be known for murders and mishaps, now has a new identity. St+Art India has begun guided tours to the beautiful paintings adorning the walls of houses in the region, with a volunteer briefing participants about the work, and a resident from Makhta, who has been in close contact with the project from the start, giving personal insights. The walk is organised every Sunday until January 29.

Mrudula, the volunteer from St+Art, welcomed about 12 youngsters at the Necklace Road railway station to start the walk, and introduced them to Mohammed Wasi Ur Rahman, a Makhta resident who was instrumental in convincing the other residents to lend their house walls to paint over. “It is because of him,” Apoorva, Wasi’s friend and an architecture student, says, “that such a beautiful sight has been made possible.” 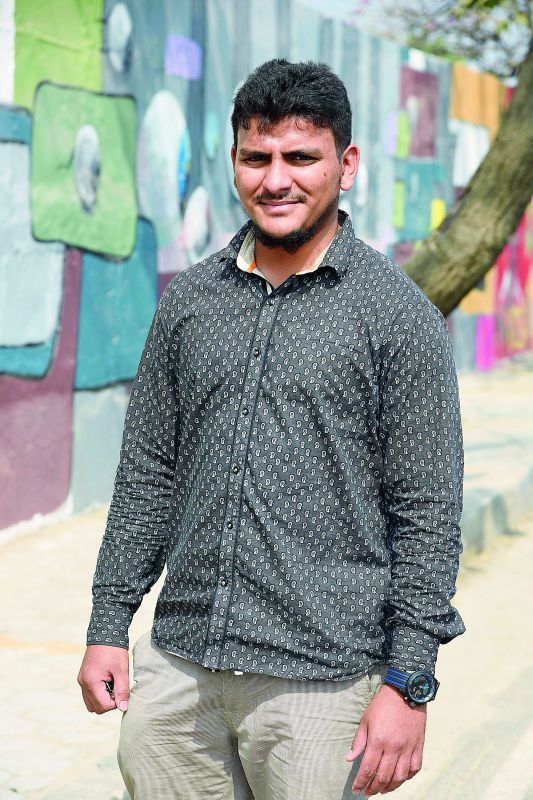 Says Wasi, “It all started when I saw a group of people gathered around in the locality. I thought it was a brawl, since Maktha does have a lot of them. They explained that they were from St+Art and that they were around for a recce. They explained to me what the project was and asked if I wanted to be a part of it. I readily agreed. Initially, people did not know what to expect and denied permission. Along with my friends, I visited each house and spoke to them, explaining that our area will now be respected and would look attractive. As the paintings began, others liked it and requested the artists to paint their walls too!”

The interesting part about the walk was that every person had an insight to share. Praachi Nagpal, says, “It is interesting to see that art has touched the life of a resident so deeply. I never witnessed street art up close. I had a good time, and it was definitely a great way to spend my Sunday.”