Ramesh Gorjala’s work presented at the Chronicles of Mythology.

The myriad allegories mentioned in ancient scriptures and epics like Mahabharata and Ramayana have been a rich source of inspiration to many Indian artists. These stories have been recreated and retold a number of times and yet each artist excels in enlivening them with a completely new and fresh perspective.

Ramesh Gorjala is one such dedicated painter who has carved a niche for himself in the international art milieu at a young age and has excelled in retelling the age old and popular episodes about Gods and Goddesses in striking compositions. 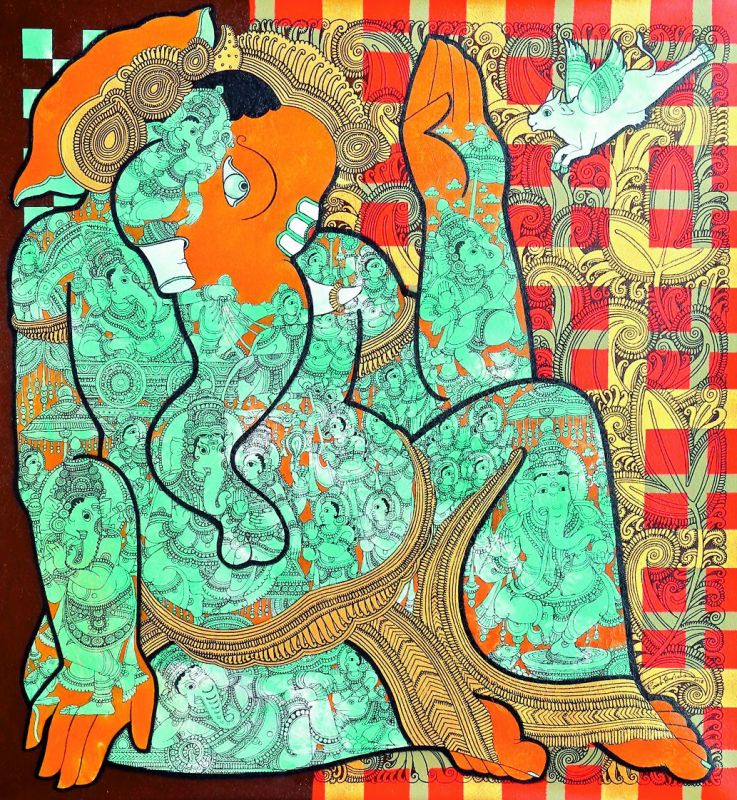 Born in a family of weavers, as a young boy, Ramesh learnt the traditional Kalamkari style of painting from his uncle, Theertham Balaji. Kalamkari is an age old method of printing on cotton cloth by using organic colours. Mostly done by wooden blocks, some sections are also accentuated by using a pen and thus the name Kalamkari (Kalam-pen, kari-handicraft). At his hometown, Srikalahasthi, Kalamkari is deeply ingrained as an indispensible part and parcel of the environment. The town is renowned because of many inhabitants who practice in the ancient Indian art form of Kalamkari, there. Ramesh Gorjala has come a long way from where he started. 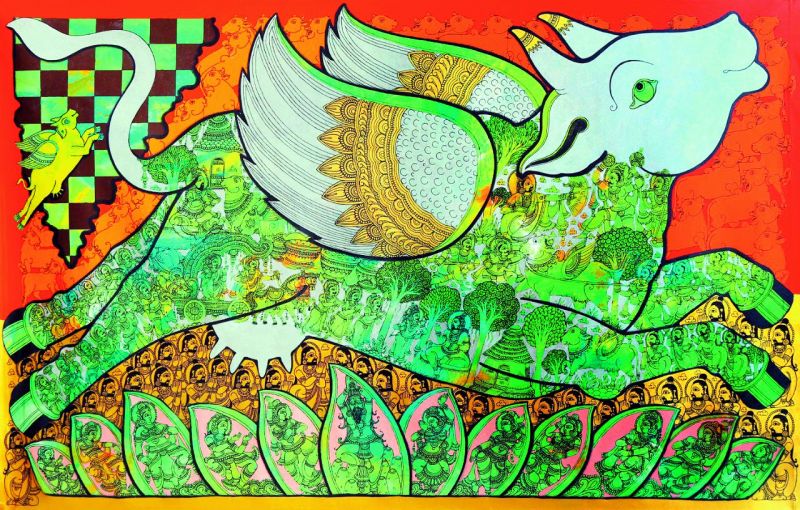 “After learning the traditional technique I accomplished my graduation in fine arts from JNAFAU (Jawaharlal Nehru architecture and fine arts University), Hyderabad.

At present a series of his works are on display at Park Hyatt, Hyderabad in a solo show titled, Chronicles of Mythology, organised by Gallery Space. The works are an extension of his hallmark style wherein the mythological figures and the multiple allegories attached to their persona get exemplified in a stylistically rich manner. Ganesha, Hanuman, Krishna, Vishnu get depicted along with their multiple characteristics, strengths and attributes. A single, flowing-continuous contour defines the central character while the space inside the form and around it is embedded with multiple fine drawings. These intricate and detailed figures, and other elements are rendered carefully and with an apparent eye for detail. 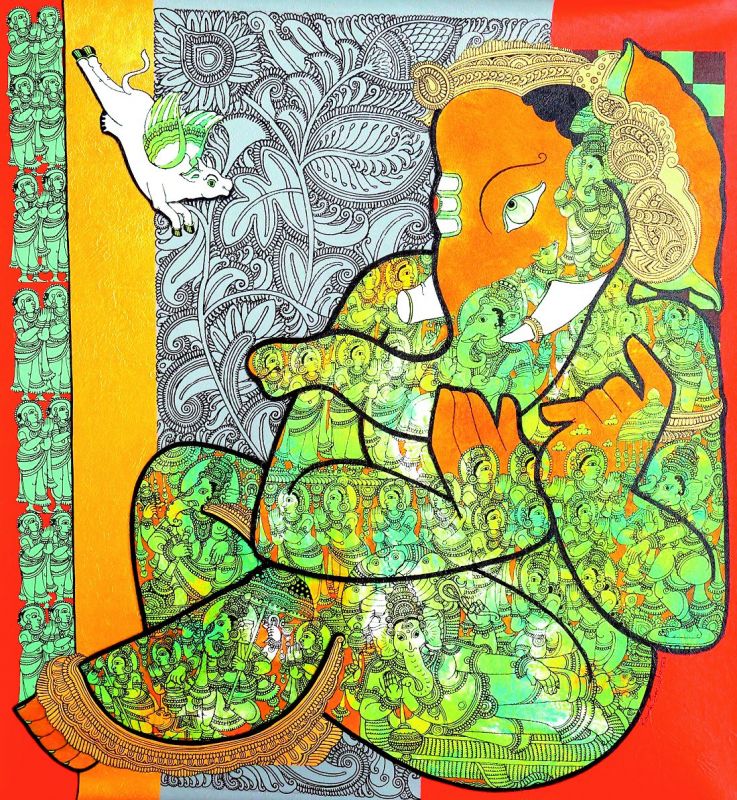 The colour palette is earthy and contains a lot of rich Indian red, ochre and scarlet hues. A unanimous stylisation binds each and every section and aspect of the picture surface into a single harmony. In one of the works a graceful, enlarged figure of the Kamdhenu reigns is all over the picture surface. A bovine goddesses Kamdhenu is described in Hindu scriptures as a sacred cow that is believed to imbibe various Gods and Goddesses within her entity. In Ramesh’s intriguing depiction the cow is white and winged, its body is ingrained with continuous narratives that shed details about its origin and its mention in the texts. The intricately rendered imagery grants a rich textural quality, intrinsic stirring and vivaciousness to the space. The division of the composition is handled with a contemporary stance and the inclusion of chequered areas enhances the modern aspects of the expression. 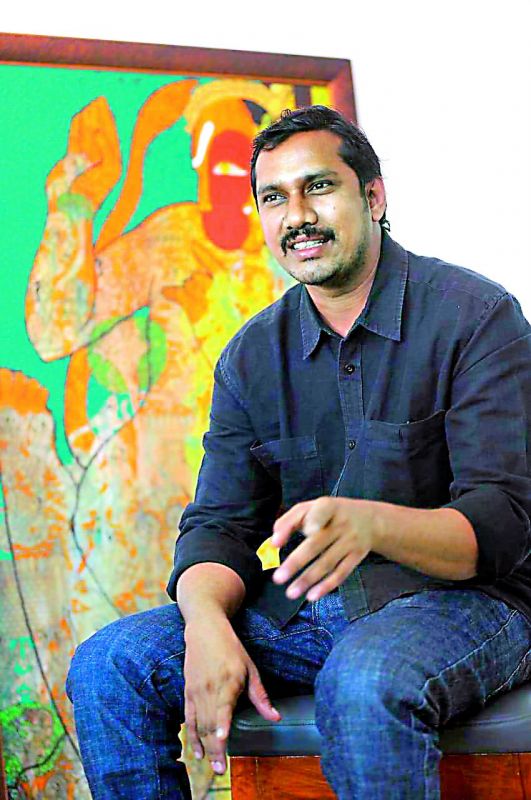 Ramesh Gorjala is a prolific painter and frequently shows his works in India and abroad. Some of his paintings are a part of the most precious and prominent collections worldwide. His works pay tribute to the ancient art tradition of the place where he was born and grew up, they celebrate the essence of a stylisation which is precious and worthy of being preserved as an alive art form.

At present when most of the traditional artists who worked in the technique are shifting to cities for their livelihood and Kalamkari is being practiced by very few of them; the works rendered by Ramesh make a serious effort in rekindling its charm and ethos in a very contemporary stance. Ramesh Gorjala is passionately committed to his work and looks forward to a couple of upcoming projects. While talking about his present engagements he says, “Right now, I am painting a series of landscapes which will also be rendered in the kind of style that I have been working in. Adding, “Another series that I am working on is based on the Vahanas (vehicles) of the Gods, which I plan to exhibit in a solo show in a few months time from now,” he concludes.