Arty stretch: The artists are also painting a wall along the Necklace Road. The aim is to break the visual monotony commercial advertisements and hoardings are causing

Hyderabad: Five old buildings at Maktha and a footpath opposite People’s Plaza on Necklace Road will be the first sites in the city to be touched up by nine world-famous artists. Themes range from rapid urbanisation of Hyderabad, to women empowerment. It will take the artists another five days to change the face of People’s Plaza, which will also host an art installation towards the final days of the art project. 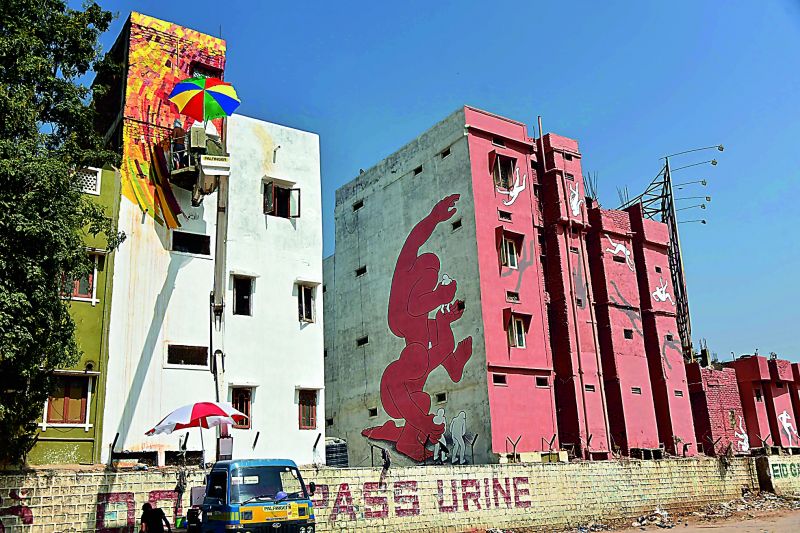 Work in progress: Two of the buildings have been worked on by the team of international artists who have arrived in the city to be part of the St+Art art festival

As on Day 6 of the St+Art Hyderabad art festival,  painting of five structures has been completed. The festival aims to transform public spaces and the skyline of the city. Another 10 artists from Telangana have been given an opportunity to showcase their work, bringing the total number of participants working on Hyderabad to 19. The international group of artists include Artez from Serbia, Jean Luc and Alber from France, Nikola Mihajlovic from Serbia and Daan Botlek from Netherlands. The festival that kickstarted on November 3 will conclude on the 13th. 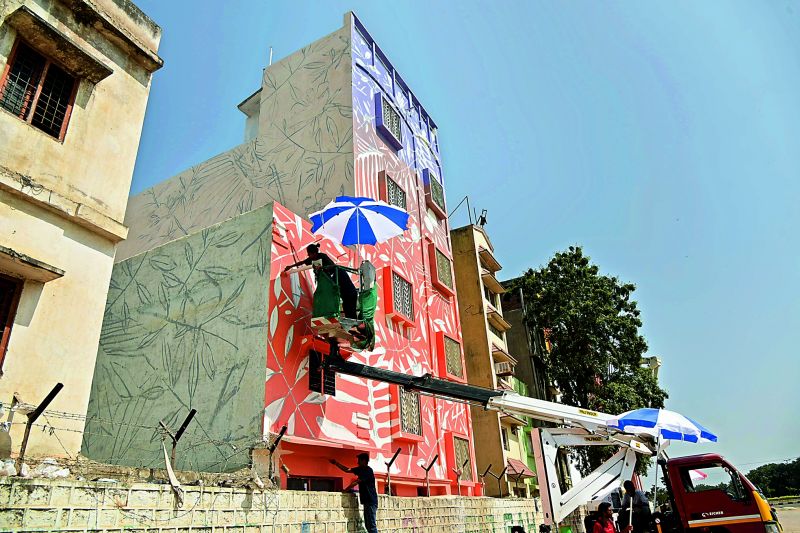 Almost done: 10 artists from the region will join the international team 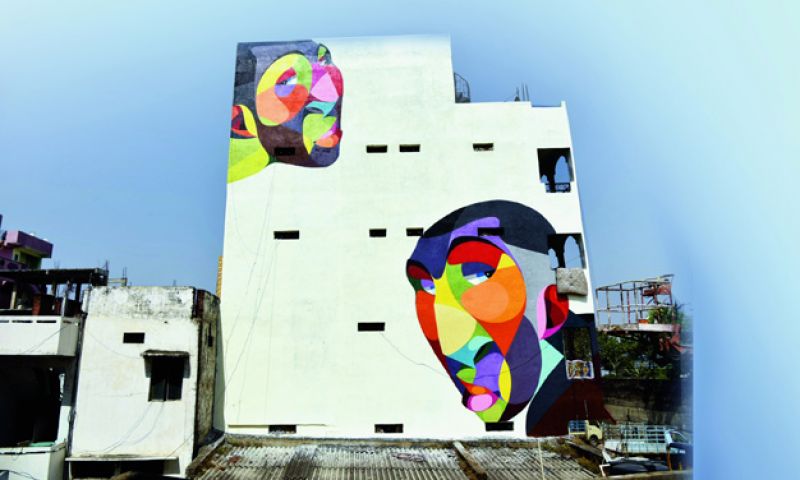 St+Art will also feature Daku, a famous street artist whose real identity has never been verified. Daku will be joined by other artists in an effort to transform 15 hoardings in the city. The objective is to create an ‘art corridor’ by breaking the “visual pollution” of advertisments. 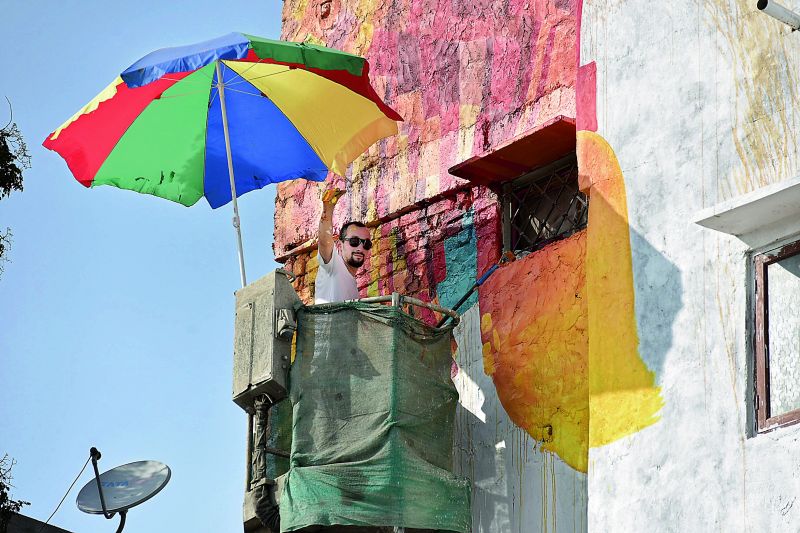 The project is called Artvertising. Giulia Ambrogi, co-founder and curator of the St+art India foundation said: “The most exciting component of working in the urban art field is conceptualising projects which belong to the nature and the structure of the city itself. Hyderabad will have projects which respond to its environment.”

Day 6 of the International Street Art Festival witnessed resistance from Muslims as the artwork in one of the buildings had images of humans. They said since there is an Idgah nearby, images of humans, animals or birds should not be painted. But the foundation said the building owners had granted permission for the painting. The idgah is located on HMDA property, and  the rest of the space where the festival is taking place  is owned by the state agency.  The  first painted  building opposite people’s plaza is  of a man  in various movement, this has drawn an objection  from few individual of  the community.

“At the worship place and the path leading it ,  should not have any painting of human being or animals,  as this distracts the ones at pray . It is also mandatory for  those attending prayer at  the Id- gah,  not to  wear an attire depicting any human or animal face or expression  , not even a logo on the shirt or T-shirt.  We cannot accept the painting, argued one among the local gathered at the site. While the curator of the painting festival Ms Giulia Ambrogi ,  Start Hyderabad Foundation explained  that before the artist could start work , required permissions were granted by the owners of the building including the families residing .

Much earlier to the work , stretches were also showed to the owners and only after their approval , artist began to work. However it should be noted that the M S Maqta – Id gah is located on HMDA property, and  the rest of the space where the festival is taking place  is governed and owned by the state agency.  Also, the International Street Art Festival is being held in association with the Telangana government.