When it comes to the history of sculpture in Kerala, Kanayi Kunhiraman is an unavoidable name. The eminent sculptor, in fact, broke stereotypes and set an example to aspiring artists. He gave Malayalis a sense of post modern art through his works. However, it has not been a cakewalk, says the 81-year-old sculptor, who was in Kochi to inaugurate an exhibition started at Nanappa Art Gallery. 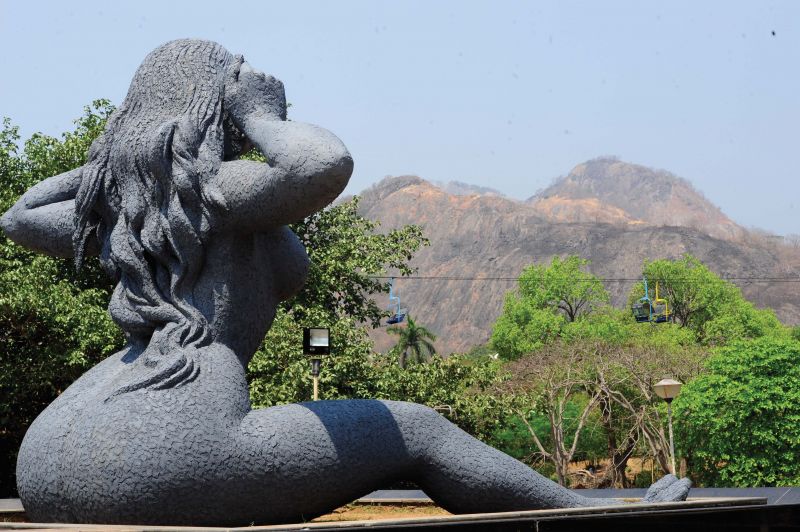 Art was not much appreciated at his home. Eventually, he had to flee home to Chennai where he pursued sculpting. Chennai days blessed him with opportunities to interact with veterans like K.C.S. Panicker. Later, when he received Commonwealth Scholarship, he moved to London to continue his studies. 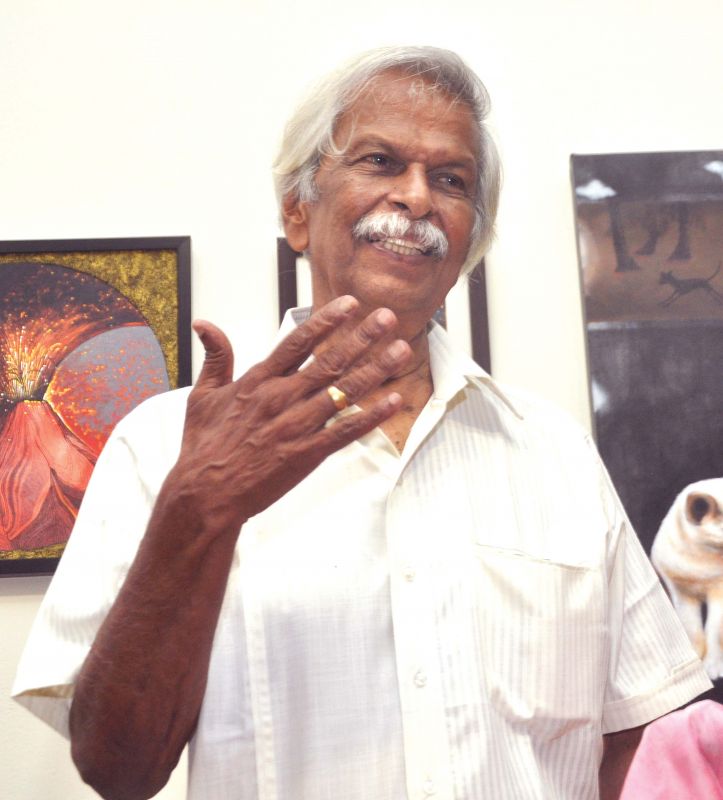 Even now, Kanayi is all praises when he talks about his teachers, for they taught him to put thoughts in his works. “I am able to think different as I went abroad and saw the way foreigners see art. We mimic their styles, but they don’t do that,” he says. “We are culturally  rich and we should draw inspiration from our legacy. We have to modernise the old and make it contemporary art. We should improvise it in our own way,” explains Kanayi, who is predominantly known for Yakshi, the massive female figure, installed in Malampuzha Dam, Palakkad.

It was in 1969, after he returned to Kerala from London, that he was invited to do Yakshi. Doing the sculpture, which was hailed as an artistic wonder by art aficionados, had been a herculean task for Kanayi. Traditionalists, who saw only nudity in it, were up in arms about installing the work in Malampuzha dam, and even threatened to kill Kanayi. “It was an extremely difficult period,” he recalls. “I was physically and mentally drained due to agitations. If it had been someone else in my place, he would have left it midway and fled,” he says.

But, Kanayi was determined and stood the testing times. “As always,” he says smiling. “You should do what you feel right,” he adds.

To him, after staying in Palakkad for months, it was the concept of yakshi that felt apt for the place. “The Yakshi is not the fearsome one you see in stories. Here, yakshi denotes the Mother of Nature,” says Kanayi. “The concept is derived from various elements that constitute Palakkad. I looked at the place’s landscape and art and culture before zeroing in on the idea. The name Palakkad itself is formed from Palayude nadu. The pala tree is associated with yakshi in legends. Also, Palakkad is the land of Karimpana, another element linked to yakshi. There are a lot of such anecdotes. Besides, yakshi is secular.”

Through Yakshi and his other works, he also brought sculpting, which was till then confined to temples, outside. “People from other religions are not allowed in temples. When it is placed outside, they can also experience the art,” he says.

It took him almost one year to complete Yakshi, which turned 50 years last year.  Kanayi, who is preparing to give the statue a facelift with bronze, is glad to see the change in people’s perspective over these years. “Now, they come and take selfies with Yakshi,” says an elated Kanayi, who believes that one should not see sex in art. “Like I said, Yakshi, who is being tranced to see the mountain on her opposite side, signifies nature. And, nature is naked. It is not about nudity.”

An advocate of anti-museum art, Kanayi feels Yakshi would not have been so popular if it had been placed indoor. “It has become a landmark now,” he says. “Sculptures are not to be caged like animals in a zoo. Art is for public. Hence, it should be erected in places where people come. I have not participated in exhibitions either,” says Kanayi, who is also known for his other works including Sagarakanyaka (Shankhumukham beach, Thiruvananthapuram), Mukkola Perumal (GCDA Complex, Kochi) Fertility (FACT, Kochi), and The Conch (Veli Tourist Village, Thiruvananthapuram).

His motto is to educate people through art. He believes that viewers should take something from an art. What makes him happier is that he could cultivate a generation that practises sculpting. “The scenario has developed a lot. I am happy I could bring many talents to the art. I want more young people to come forward and learn sculpting, and see Kerala emerging as an art hub,” he signs off.