“The urban landscape is not a natural entity or process. It is completely moulded and designed by people and their requirements,” says Om Soorya, whose series of paintings are presently on display in a group show at Kalakriti titled Whose place? Whose memory? Whose archive?

Conceptualised by Om Soorya, the show binds together the works of four artists. “The show endeavours to share the lived experiences of the artists with their own cultural roots. When landscapes share a history, it’s important to look at whose history has been shared or which memory has been recollected. History and culture of a place is always influenced by the power distribution or the ownership of that particular place. Similarly, representation of history and culture in the pictorial space is also influenced by the living experience of the artist,” he explains. 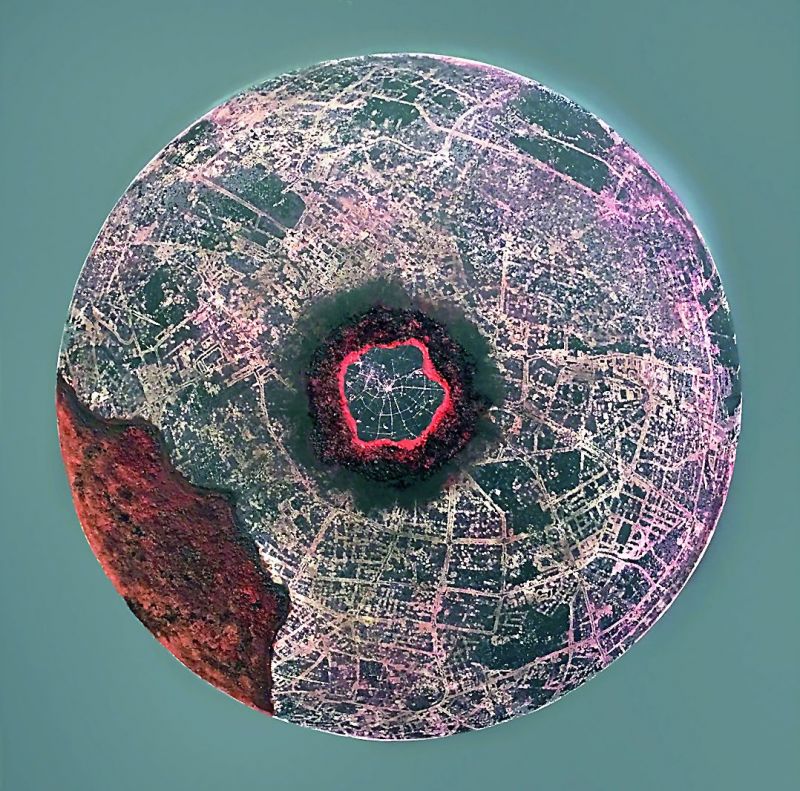 The artist’s paintings delve deep into the intricacies and ingrained invisible philosophies, traits and patterns that are involved in shaping and moulding the flow of events in human life. The socio-political and personal aspects are indispensible in every terrain and have been in every era. And yet there are many anecdotes and nuances that are not included in historical references and archives. These works unveil such unknown and unmentioned personalised thoughts and experiences.

The works imbibe multiple layers that are present as the silent, invisible yet indispensible part of the terrain depicted. Conceptually empowered by the core theme of the show, one of the works titled Whose place is it anyway depicts a figure dressed as a Thayyem artist (a ritual art form from Kerala) dominating the left side of the diptych. The work unveils the cultural politics of the ritual in which the performer from a lower caste is treated like a God for three days and people take blessings from him. The other works from the series are equally metaphorically rich and intellectually collated. 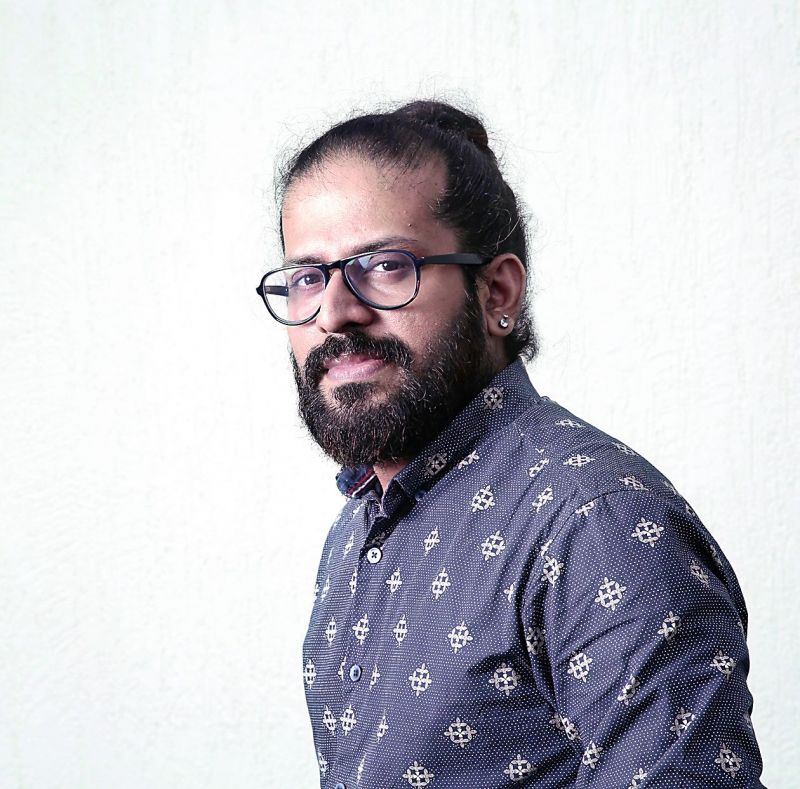 While talking about his inspirations and throwing light on his equal fondness for Hyderabad as well as Kannur in Kerala, Om Soorya shares, “I keep travelling between both the places. Hyderabad is the city where I completed my studies in fine arts from and chose to settle in for 13 years. One of my first solo shows was based on the urbanisation of the natural terrain of the city. Whenever I exhibit my works here, I am overwhelmed by the warmth that is showered upon me and that inspires me to keep coming back to the city.”