Another feather in Anjani Reddy’s cap

Raja Ravi Varma Samman, organized by Megh Mandal Sansthan is bestowed to selected, great artists from our country since the past three years. The award not only celebrates the extraordinary creative trajectory of legendary painter Raja Ravi Varma but also acknowledges the artistic contribution of contemporary artists by awarding them once annually.

This year, Anjani Reddy was one of the eight artists who were awarded on 2nd October. She says,” The award was a pleasant surprise for me and I was enthralled to be a part of the grand event. Raja Ravi Varma is considered among the greatest painters in the history of Indian art. He imagined and painted the gods and goddesses in such a manner that his interpretations became the most popular visual examples of Indian mythology and eternal epics.” 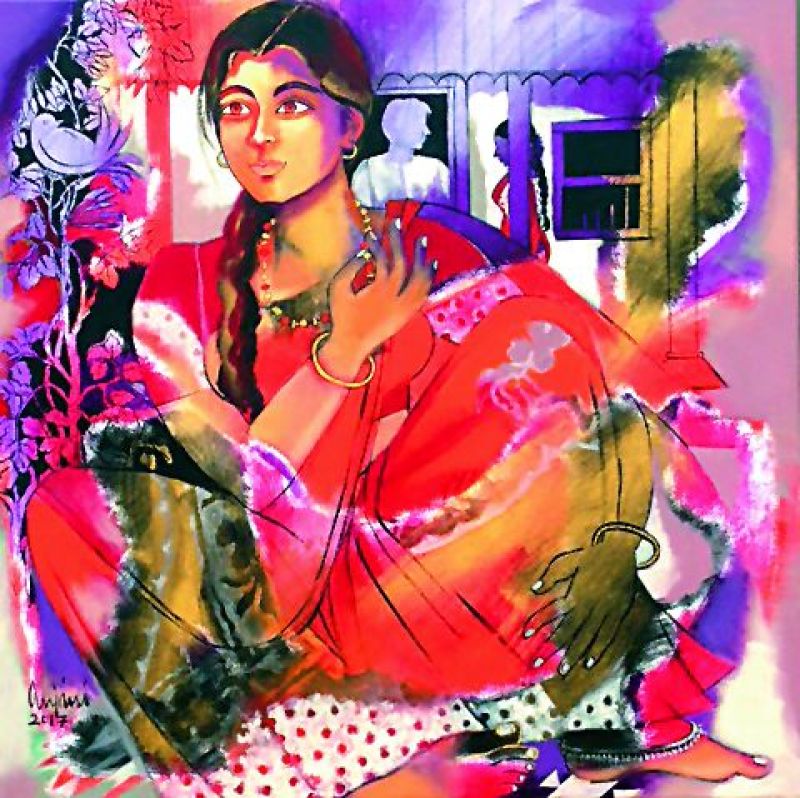 One of artist Anjani Reddy’s paintings

Anjani Reddy is unanimously loved for her paintings that reflect the excerpts absorbed from artist’s immediate surroundings and the women she meets in day-to-day life. She weaves these assorted images and intricate nuances from her memory into a string of visual ecstasy. Women have remained the artist’s favourite protagonist and get manifested in the works in varied stages of their life, in multiple roles and in varied emotional upheavals. There is an obvious trace of warmth, tranquillity and lyrical spiritualism in her works that cannot be missed.

The artist reveals more about her recent series, “I am working for a solo show which will be held in Mumbai this year.

Recently, my work has started moving towards becoming more simplified and with lesser details. I enjoy painting in a consistent momentum that supports the work to evolve on its own. For me, painting is a process of conversing with the self and reaching at ‘forms’ that express those conversations in a visual allegory.”