A potpourri of three men of letters

The one hour show being put up by the Carmelite students under the guidance of Das, includes Shakespeare’s ‘Macbeth’, Jean-Paul Sartre’s ‘No Exit’ and Jeffrey Archer’s ‘Old Love’.

Three masters of literature; three different times, three different moods, three different philosophies and three plays; all brought together to delight an audience in 60 minutes. While one play, performed first in 1606, highlights the emotions of ambition, action and guilt; the other,  (first performed in 1944) caters to existentialism and mystery and the third that was published in 1980 presents a tale of some conventional ideas.

“One of the things that we wanted was to avoid a very conventional theatre performance. Normally we would take up a play and put it up as one production. But here, what we wanted to do was perhaps cater to the modern impatience! Few young people have the patience to sit through a full-length drama. That is where our challenge lay, to catch the essence of each play in as short a time as possible. We have not changed the play but tried to hasten the proceedings,” said Mrs Sahana Das, the head of the Department of Mass Communication, Mount Carmel College (MCC), who, it looks like had the most fun scripting these plays!

The one hour show being put up by the Carmelite students under the guidance of Das, includes Shakespeare’s ‘Macbeth’, Jean-Paul Sartre’s ‘No Exit’ and Jeffrey Archer’s ‘Old Love’. 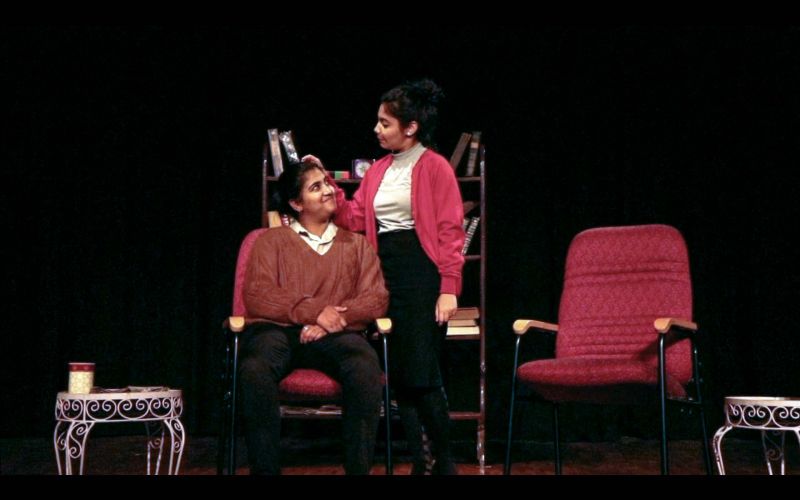 “Each of these plays is different from the other and we had to edit them for the show in a way that the crux of each play comes through. So while we are cutting the play, we are also joining the pieces together to make a single fabric,” said Das, who has been with the college for twenty one years and with the department since its inception in the year 2000.

“Through the performance, we have tried to set up an atmosphere to value and nurture art. Whether we were successful or not we will know; but the journey was an interesting one. We were looking at the various aspects involved; editing, writing, producing the play and the communication that goes with it, hence we were looking at a very holistic way to put everything together. It was about producing the event as a whole experience of these three plays,” she added.

Come Saturday, Mount Carmel College celebrates the milestone of completion of its seven decades and presents an opportunity to take everyone a step closer to art to ensure that art is taken seriously through a theatre performance, curated by the dramatics association of the college.

From sound design to light, make up, costume, editing; each element is an in-house production by the students of the college. While one of the plays was a part of the students’ final exam project in subjects like ‘Perspectives in theatre’, other was an earlier performance. “The plays were experiments at different times and have now organically flown in but what’s special is the putting together of them. That’s how we are offering something different,” said Das.

While Das talks about the role of language in any performance, she points out the importance of being aware of the audience and occasion. “Such activities also aim at creating more aware audiences who have an appreciation for art. As far as the language is concerned, I have never understood the need to take a Western work and force-feed it into a regional language as there is no dearth of artists in any language. For this performance, it happened to be these three, more for logistical reasons. I won’t apologise for the English as that also is a part of our culture too. What I do discourage, however, is a false accent, because be it tragedy or comedy or pop, anything is valid only till the emotion is valid and that is where the focus should remain. You must see the audience and the occasion, and what role the language plays in that audience.”

As part of their 70th year,  MCC also has a jugalbandi series in collaboration with Indian Council for Cultural Relations (ICCR) that will have an amalgamation of classical and folk art in a demonstration format to take the students closer to the country’s rich heritage.

“Theatre is not merely an art form, it is also an experiment. There is always an open end to about what else could have been done but what’s important is if what has been done was worthwhile for that hour and creates an atmosphere for nurturing art,” said Das who is in awe of her team.