Every year a large number of books get published, many of them impressive, memorable. Of these, English language books, though they get talked about a lot, form only a small part.

In 2019, heavyweights like Margaret Atwood, Haruki Murakami, Elif Shafak, Marlon James and Elizabeth Gilbert will be back with exciting literary fiction titles. Chitra Divakurni’s The Forest of Enchantment, is a retelling of the Ramayana as told by Sita a story of her joys and sorrows, heartbreak and resilience.

Jnanpith awardee Amitav Ghosh’s cli-fi (climate fiction) novel, Gun Island, is about a Brooklyn-based rare books dealer on a visit to his birthplace, Kolkata, where he gets entangled unexpectedly with an ancient Indian legend about the goddess of snakes, Manasa Devi. Cyrus Mistry’s The Prospect of Miracles promises to be a masterpiece of psychological characterisation.

Amnesty by Aravind Adiga is set in Australia and its central character is a Sri Lankan illegal immigrant. Novelist and essayist Mirza Waheed’s dazzling new novel, Tell Her Everything, is a heart-breaking story about medical and human ethics, and the corrosive nature of complicity. 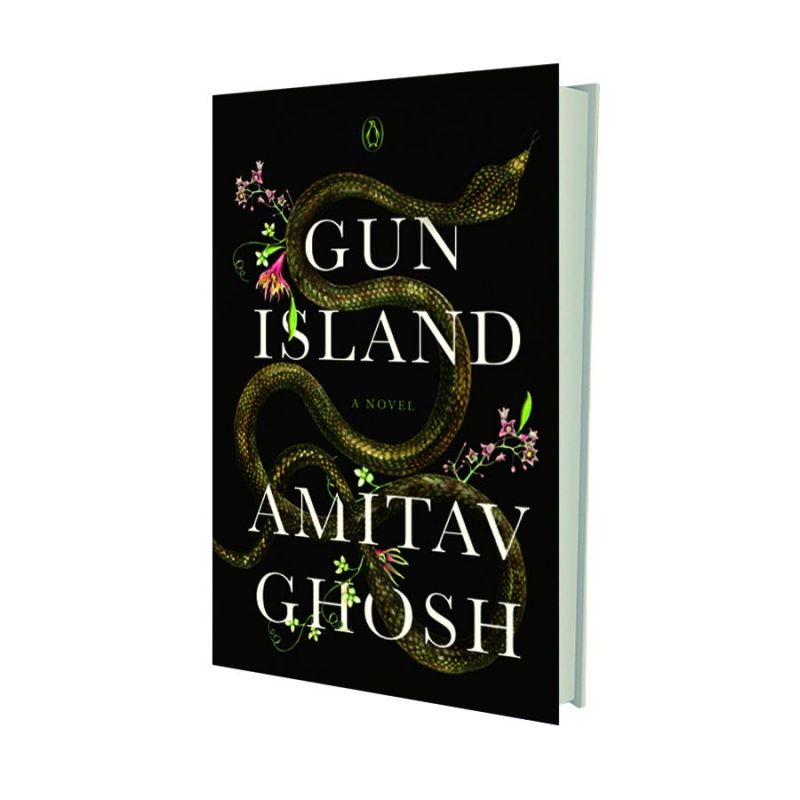 Saikat Majumdar’s The Scent of God is set in an elite, all-boys’ boarding school run by a Hindu monastic order in late-20th century. Uzma Aslam Khan’s The Miraculous True History of Nomi Ali is a well-researched, ambitiously imagined historical novel set in the Andaman Islands, used as a prison first by the British and then the Japanese. Malayalam writer Paul Zacharia’s first novel in English, A Secret History of Compassion, is scheduled for release, as is journalist Jane Borges’ historical fiction, Bombay Balchao, which is set in South Bombay and spans eight decades.

Debut novels by dancer and literary critic Tishani Doshi, Small Days and Nights, Joanne Ramos’ The Farm about a luxurious surrogacy facility, Nabaneeta Dev Sen’s I, Anupam and a posthumous publication, Babu Bangladesh! by Numair A. Choudhury are the other titles to look forward to.

There’s also Ship of Sorrows by Qurratulain Hyder (translated from Urdu by Saleem Kidwai), and My Life and Struggle: The Autobiography of Abdul Ghaffar Khan (trans. from Pukhto by Imtiaz Ahmad Sahibzada).

Translations of popular international titles, like the Harry Potter novels into seven Indian languages, including Hindi, Tamil, Telugu, Marathi, Gujarati, Malayalam and  Bengali and Steig Larsson’s Millennium Trilogy into Malayalam are most welcome and speak of the growing clout of regional languages.

Non-fiction literature has immense variety. A Mouth Full of Blood: Essays, Speeches and Meditation by Toni Morrison spans four decades of her work interrogating the world around us. Suketu Mehta’s In This Land Is Their Land explains why the West is being destroyed not by immigrants but by the fear of immigrants. Gunjan Veda’s A Museum of Broken Teacups: Postcards from the Margins consists of stories of dalit communities that are keeping their indigenous art and craft alive against all odds.

Books on politics score high in 2019, especially with the imminent general elections.

Psephologists Dr Prannoy Roy with Dorab R. Sopariwala are co-authoring a book, while Ruchir Sharma will distil the wisdom of his observations and experiences of 25 years in Democracy on the Road. At 150 million, the 2014 general elections saw the highest number of first-time voters. The Young and the Restless: Youth and Politics in India by social activist Gurmehar Kaur follows the journeys of nine youth leaders. 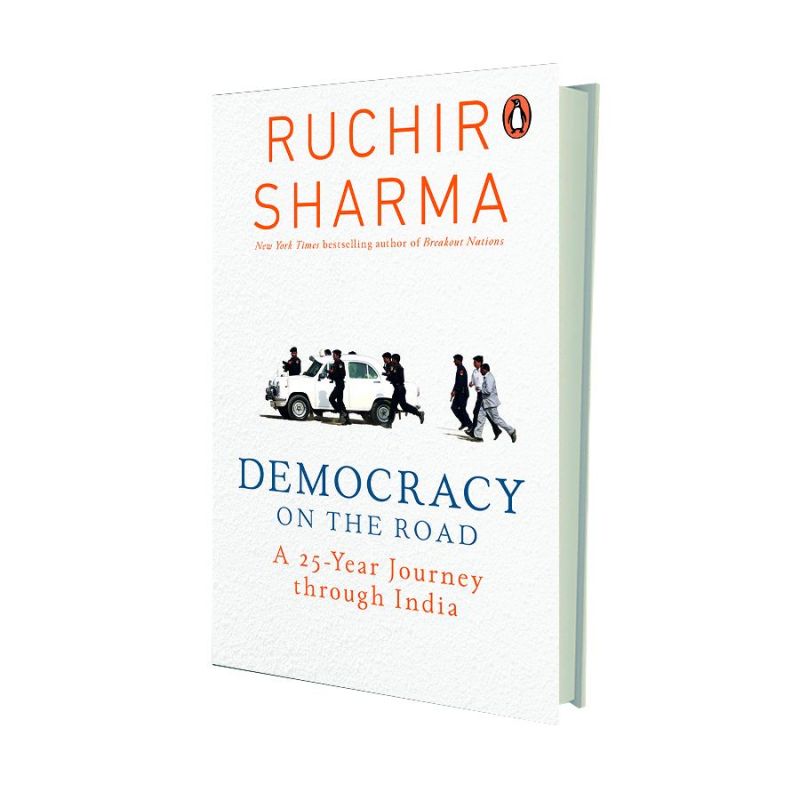 Democracy on the Road by Ruchir Sharma

Equally relevant is Back to School: A Look at India’s Broken Education System by educator and political activist Atishi Marlena, and former RBI governor Raghuram Rajan’s Third Pillar: How Markets and the State Leave Society Behind, which discusses the socio-economic effects of globalisation on the state and people.

With the rise of  the rightwing, it’s natural that writers are turning to investigate and interrogate not just its genesis in India, but also its impact. Vikram Sampath’s biography of Hindu Mahasabha president Veer Savarkar is in the works, as is the first English translation from Marathi of Spotlight on the RSS (Zot) by Raosaheb Kasbe. First published in May 1978, it was publicly burned by RSS activists. Constitutional expert A.G. Noorani’s RSS: A Menace to India examines why the RSS, the world’s largest fascist organisation, was set up.

My Son’s Inheritance: The Secret History of Lynching in India by Aparna Vaidik will examine mob violence in India and the world. Ziya Us Salam’s Lynch Files: The Forgotten Saga of Victims of Hate Crime will document stories of lynchers and their victims. 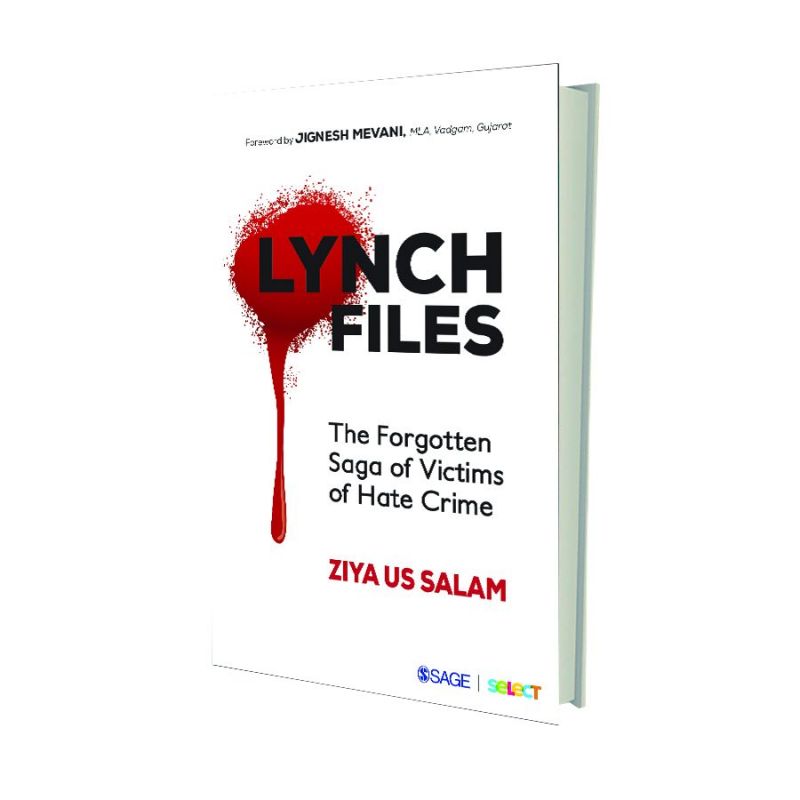 Lynch Files: The Forgotten Saga of Victims of Hate Crime by Ziya Us Salam

Mental health activist Amrita Tripathi will publish three books on depression, anxiety and the mental health of youth, while An Anthology of Voices on Mental Health, edited by Jhilmil Breckenridge and Namarita Kathait, focuses on survivor accounts. Lies We Tell by Himanjali Sankar is a novel about mental health, teen relationships and the challenges of friendship, while psychiatrist Shyam Bhat’s as yet untitled debut novel is about the pressures of modern life, depression and finding a reason to live.

Books on gender, such as Fearless Freedom by feminist activist Kavita Krishnan, explores the autonomy of a woman in personal and public spaces, as does Fearless: Stories of Amazing Women from Pakistan by Amnesh Shaikh-Farooqui. 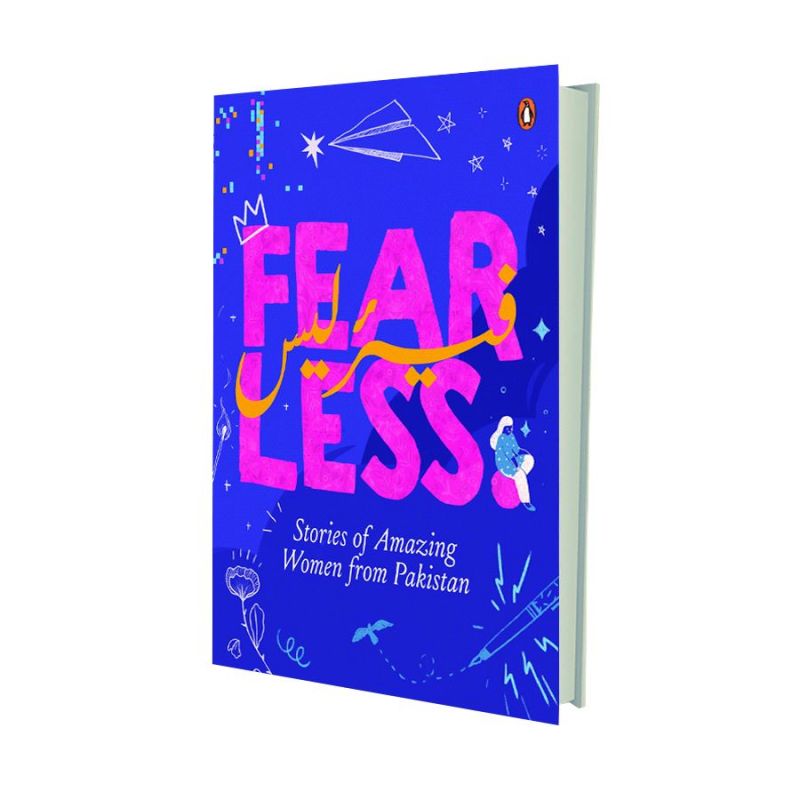 Fearless: Stories of Amazing Women from Pakistan by Amnesh Shaikh-Farooqui

Pankaj Mishra’s How Not to be a Man is about masculinity, young men and the age of anger. The Life and Times of Rukhmabai: Child Bride, Physician, Revolutionary is a definitive biography of Rukhmabai Raut. One of the first practicing women doctors in India, her landmark case about her marriage as a child bride in 1884 eventually led to the Age of Consent Act in 1891.

An exciting biography to look forward to is The Begum: A Portrait of Ra’ana Liaquat Ali Khan, by Deepa Agarwal and Tahmina Aziz Ayub. It tells the story of Pakistan’s First Lady who began life as Irene Margaret Pant, a Christian, in Kumaon.

There’s also Rani of Jhansi: A Story of Courage, a good accompaniment to the movie, Manikarnika, starring Kangana Ranaut.

Science narratives seeping into lay literature is a recent publishing trend that is very exciting. In Superior, Angela Saini explores the concept of race, both past and present. Nandita Jayaraj and Aashima Dogra’s 30 Fantastic Adventures in Science profile Indian women scientists, while Samanth Subramanian’s The Last Man Who Knew Everything is a highly anticipated biography of J.B.S. Haldane. 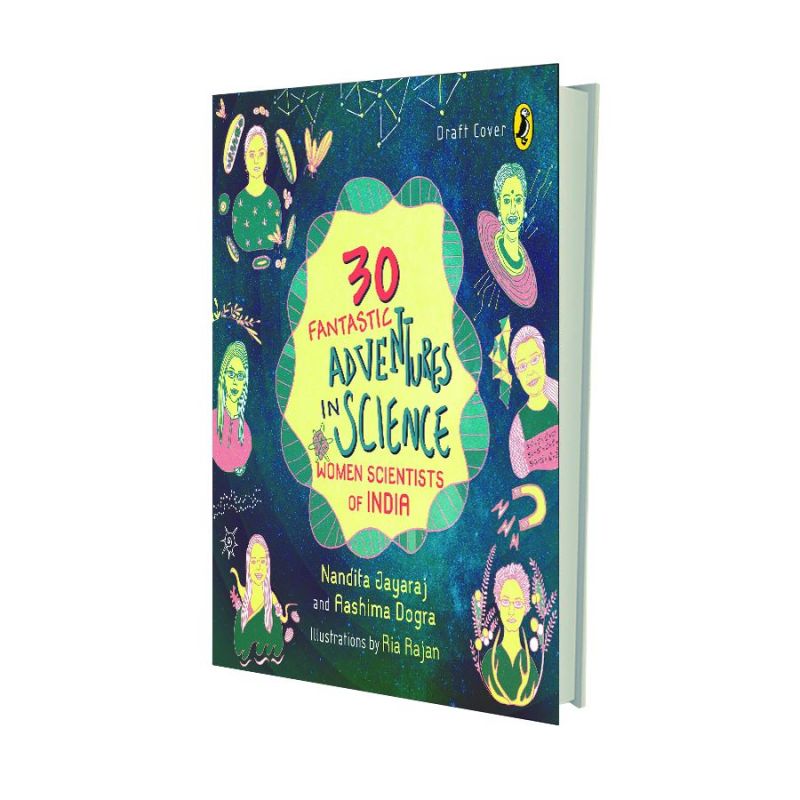 30 Fantastic Adventures in Science by Nandita Jayaraj and Aashima Dogra

Apart from economist Montek Singh Ahluwalia’s Montek Remembers, lawyer Prashant Bhushan’s My Life in Movements, fashion designers Manish Malhotra and Masaba too are writing the story of their life and work.

Shahbaz Taseer has written an account of his nearly five-year-long captivity by Taliban and the ISIS. Lost to the World is the remarkable true story of Taseer’s time in captivity, and of his astonishing escape. The late journalist Kuldip Nayar’s ringside view of history in his memoir On Leaders and Icons From Jinnah to Modi is eagerly awaited.

Books on sports is an ever expanding genre. Mihir Bose’s The Nine Waves: The Extraordinary Story of Indian Cricket is bound to become the go-to history book on Indian cricket. Speed Merchants: The Story of Indian Pace Bowling (1888 to 2018) by Vijay Lokapally and Gulu Ezekiel is a good addition. 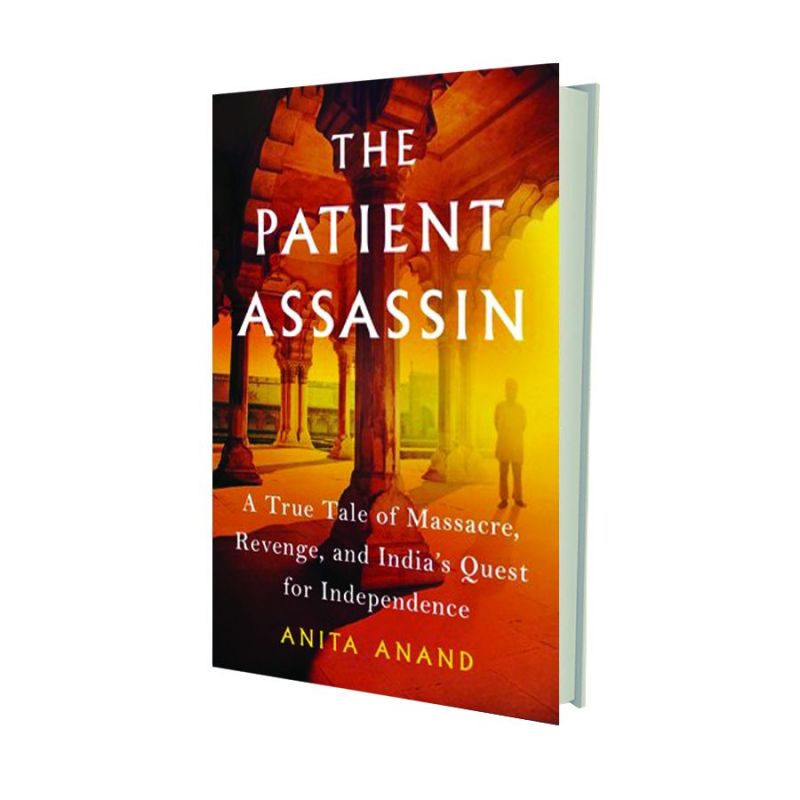 The Patient Assasin: A True Tale of Massacre, Revenge and the Raj by Anita Anand

Pakistani batsman Shahid Afridi’s Game Changer is expected to be a candid memoir, as is Sanath Jayasuriya: A Biography of the legendary Sri Lankan cricketer. India’s Football Dream by Shantanu Gupta and Nikhil Paramjit Sharma traces the journey of Indian football, while journalist and filmmaker Sundeep Mishra’s Biography of Dutee Chand is about one of India’s greatest sprinting stars.

Books on Indian history are a rage. India: A Story through 100 Objects by Vidya Dehejia promises to be a visual treat. Which of Us Are Aryans? co-authored by Romila Thapar, Michael Witzel, Jaya Menon, Razib Khan and Kai Friese will be a seminal book. Journalist Sudeep Chakravarti’s Plassey: The Battle that Changed the Course of Indian History argues that the battle turned the fortunes of not one, but two countries. William Dalrymple’s The Anarchy charts the East India Company’s takeover of India and the birth of the British Raj. Sarbpreet Singh’s The Camel Merchant of Philadelphia and other Stories of the Lahore Court is an examination of Ranjit Singh and his times that focuses on a wide array of colourful characters who populated his court.

Political journalist Anita Anand’s The Patient Assassin: A True Tale of Massacre, Revenge and the Raj is an account of Udham Singh who swore to take revenge for the Jallianwala Bagh massacre in 1919. The Delhi Map Book by historian Swapna Liddle will deconstruct the map of Shahjahanabad made in 1846-47. The Deoliwallahs: Stories from the 1962 Chinese-Indian Internment by Joy Ma and Dilip D’Souza is based on interviews with survivors when India imprisoned 3,000 Chinese-Indians and sent them to a disused World War II POW camp in Deoli, Rajasthan. Vivek Agnihotri investigates the death of former Prime Minster Lal Bahadur Shastri in The Tashkent Files.

A novel-in-stories charts the secret life of a neighbourhood