Now in the heart of Bengaluru, it’s Namma ‘Guggenheim’

Detail of a Pichwai, Artist Unknown (Courtesy Museum of Art and Photography, Bengaluru)

Come 2020, Kasturba Road will be home to the Museum of Art and Photography, a state-of-the-art cultural hub. MAP, as it is called for short, will be spread out across 3000 sqm in the heart of the city, with five galleries, restoration labs, a multimedia centre, library and even a classroom. All designed, as its founder Abhishek Poddar tells Darshana Ramdev, to create an immersive, holistic cultural experience comparable with the best in the world.

The walk up to Abhishek Poddar’s corner office at Tasveer, on Kasturba Road, is punctuated by many a pause – his exquisite collection of sculptures and paintings leap out unexpectedly from every corner. His journey began over three decades ago, back when the art world comprised a mere handful of galleries scattered across Delhi, Mumbai and Kolkata. Today, the business magnate and founder at Tasveer, is one of India’s most respected art collectors and he stands now on the brink of creating history here in Bengaluru with MAP, the Museum of Art and Photography. It’s an experience he likens, with a smile, to reading an Amitav Ghosh novel, “You finish and feel like you’ve taken something away from it. You feel a little more intelligent,” he chuckles. 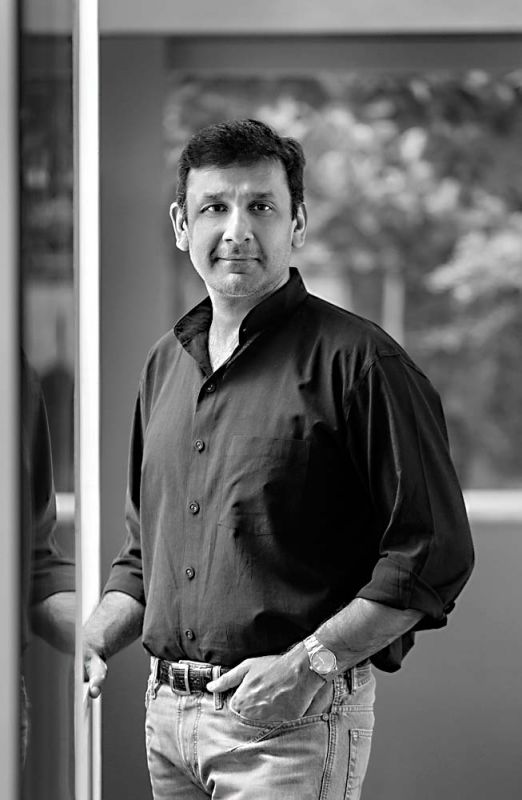 Spread out over 3,000 sqm, complete with a research library with an extensive collection of books on textile and art history, a cafe, a restoration lab, five galleries, a classroom and multimedia centre and a rooftop sculpture garden that looks out onto Cubbon Park, this is Poddar's attempt at making art and culture a part of the city's architecture - a claim he dismisses with unerring modesty. "It's a tall order," he smiled. "I would say it's what we're trying to do, however!" A committee, headed by Rahul Mehrotra, Professor of Urban Design and Planning at Harvard University and Mahrukh Tarapore will oversee the design, which is being drawn up by award-winning architect Soumitro Ghosh. “It all makes a difference, from the way an object is lit to the medium in which it is explained. How do you create a space that appeals to an involved audience, a disinterested visitor and a schoolkid? The same pieces might not appeal to them but everybody’s going to leave here with something meaningful.”

"How would you show a friend around Bengaluru? Where would you take them?" he asks, deflecting the first question back on to the rest of us, who duly faltered, emphasising his point - Bengaluru lacks cultural spaces. "Why is there a need for a space like MAP? It's a question I don't want to answer, it's so depressing. If you want to give a friend a cultural day, what choices do you have?  The answer stares you in the face! We need 10 MAPs here, not one." 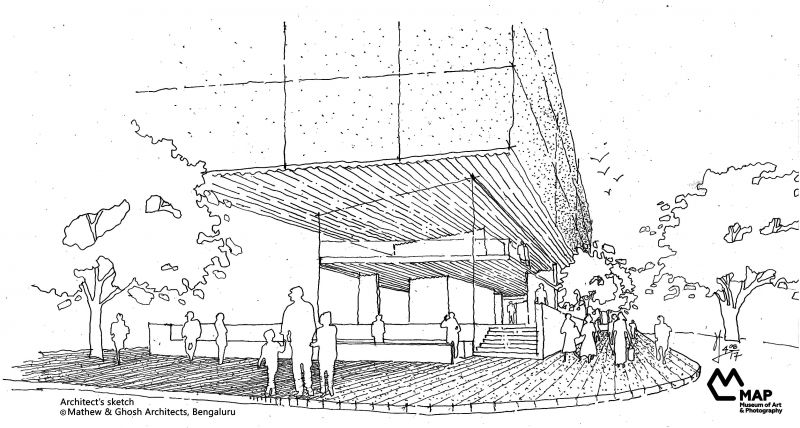 An artist’s impression of the building.

Poddar found himself, during his travels, exhilarated and inspired in equal measure by the sheer diversity he found in museums across the world. There's the Patan Museum in Nepal, for instance, widely acclaimed as one of the finest in South Asia - "It was designed in the good old days, when Nepal, like India, would suffer four power cuts during the day. The design is fantastic, though, when everything is in darkness, light streams in through the window and illuminates certain objects." In the Museum of Old and New Art, Tasmania, visitors are given tablets that contain all the information they need, in varying degrees of details, that can be shared. For a tech-driven city like Bengaluru, this is something we want to do. It's not as simple as replicating a museum, of course. There are a lot of impressions in one's minds that we want to try to manifest."

These experiences awakened Poddar to the stark absence of an interactive, cultural space in India. "People who are interested in art will seek it out for themselves.  You can head to the NGMA to see a painting you love and you don't need the trimmings," said Nathaniel Gaskell, the 'go-to' man for MAP and curator at Tasveer. "Those aren't the only people we're looking at though. The museum is for people who don't have that kind of exposure as well."And that's what it boils down to, in Poddar's book. "If your experience of Chinese food is, say, boiled noodles, a meal at a superb restaurant somewhere else will show you what you've been missing. MAP functions along the same principles. How will people know if they like art unless they have been exposed to it?"

The collections, he says, will be diverse, put together by guest curators. "It could be contemporary, classical, folk or tribal. At the end of the day, we want visitors to go back feeling enriched and inspired. It's not the same as flipping through a book. We want art to be much higher on everybody's list. This is something other people have tried, but those have become sporadic bursts in an otherwise unstructured atmosphere" Should the government do more? “That’s what we’d like to think, but it’s not always possible to achieve or fair for us to expect."  The museum will manage a collection of over 15,000 artworks that include Indian art, textiles, photography, craft and design. Exhibitions that bring in artefacts from museums across India and the world are an important part of the MAP agenda too. "That's why the place is called MAP," he smiled. "How does a textile relate to a painting to a craft to a period? How does one knit it all together? That's what we want to do: allow people to map their journeys, or dot their maps in a way they might not have done before."