A juxtaposition of perspectives

Titled Dual, the ongoing show at Gallery Space brings to life the works of two eminent artists. While T. Vaikuntam’s paintings reveal anecdotes and ethos absorbed from rural Telangana life, Ramesh Gorjala draws inspiration from mythological tales and epics. Both the artists’ works also contain and exemplify stylistic emblems, for which they are loved and appreciated unanimously.

With well-versed hands and mature visualisation, Vaikuntam allows the ‘line’ to flow freely into deep sweeps and rhythmic, sensuous curves. He describes his protagonists with a marked stylisation and stance. The women are depicted to be caught in a moment of oneness with their surroundings. Simple, unpretentious and shy, these women look unperturbed by the presence of any viewers. Pleasantly self-engrossed, they reinstate an intimate bond with the flora and fauna which are a part and parcel of their surroundings. The colour palette of his paintings is enriched with bright hues that are unanimously present in rural Indian regions. 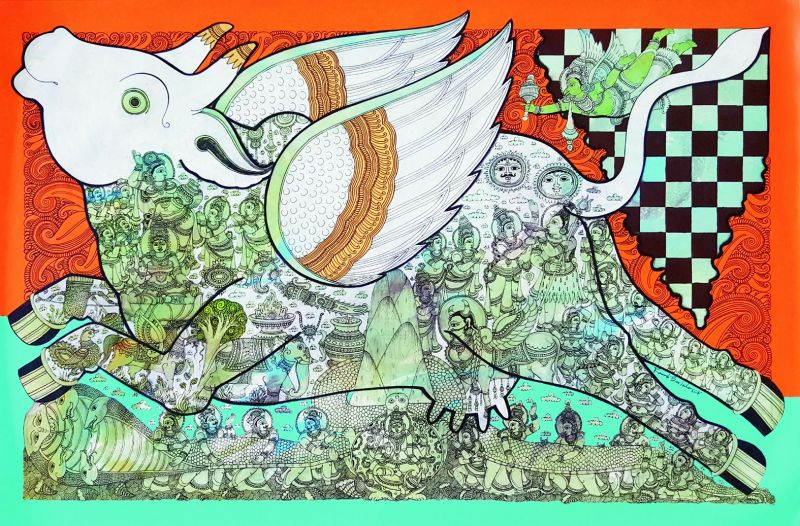 While talking about his work, Vaikuntam says, “My works have always drawn inspiration from rustic lifestyles and simplistic attitudes of beloved village inhabitants. When the viewers tell me that in comparison to the busy city life, these glimpses of quiet, serene village dwellers depicted in my works are like emblems of peace and content, I feel satisfied as an artist.”

On the other hand, the works by Ramesh Gorjala unveil an intricate chronology from the stories of gods and goddesses in a stylistically rich manner. He amalgamates the traditional kalamkari style with contemporary art elements into his works with a prominent fluency and grace. In the present series, the artist has worked with a restricted palette and has reduced the line work in some sections of the vertically-divided space. This aspect breaks the central form interestingly and grants a sense of visual movement to the composition. 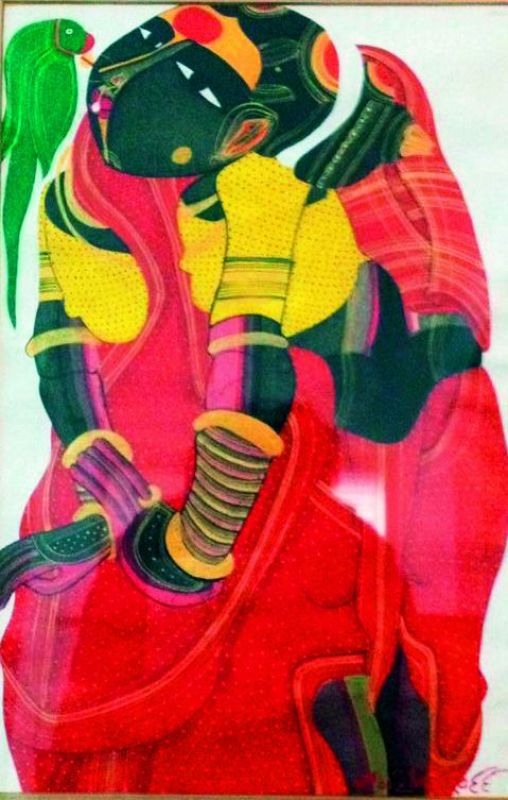 Talking about the present show, Gorjala expresses his happiness about exhibiting his work alongside Vaikuntam, one of the most senior and renowned artists from the country. He further shares, “I keep exhibiting my works in various cities and countries, yet, whenever I show my works in Hyderabad, it is very special as this is the city where I studied art and started my journey as an artist,” he concludes.