The beauty of life lies in its unpredictability. There are many who dream of one thing and end up doing something else, which may not be so bad after all. Varsha Haridas always dreamt of being a singer, but destiny made sure that she also makes a mark as an actor.

Varsha spent eight years in Akashvani before her stint in front of the camera. She got a lot of acting offers but could not take them up because of a valid reason. “I had applied for a PhD from Kerala Kalamandalam so that was taking precedence.” She also received fellowship in classical arts, music- vocal recently from the Ministry of Culture.

Varsha acted in as well as sung a song for the award-winning film Kinar directed by M.A. Nishad. The film has, in lead roles, women who selflessly take on a corrupt and insensitive system. 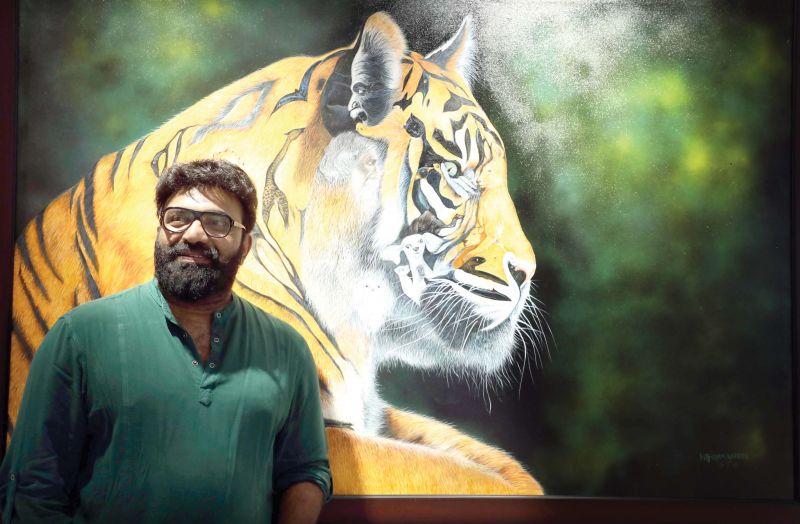 Kottayam Nazeer with his paintings at Durbar Hall Art Centre

“I got busy but art was always on my mind,” adds Nazeer.

“‘Why now?’  and ‘I never knew you could paint’ are the two things I am hearing after my press meet regarding the exhibition of my works. People are asking why it took so long. But I think it is not late. My priorities and choices might have kept me away from art. And I have been thinking a lot about showing my works to the people. It was Mohanlal who asked me to take painting seriously and supported me. But he was not the only one. So here I am with 54 paintings that I did during the course of two or three years,” he adds. 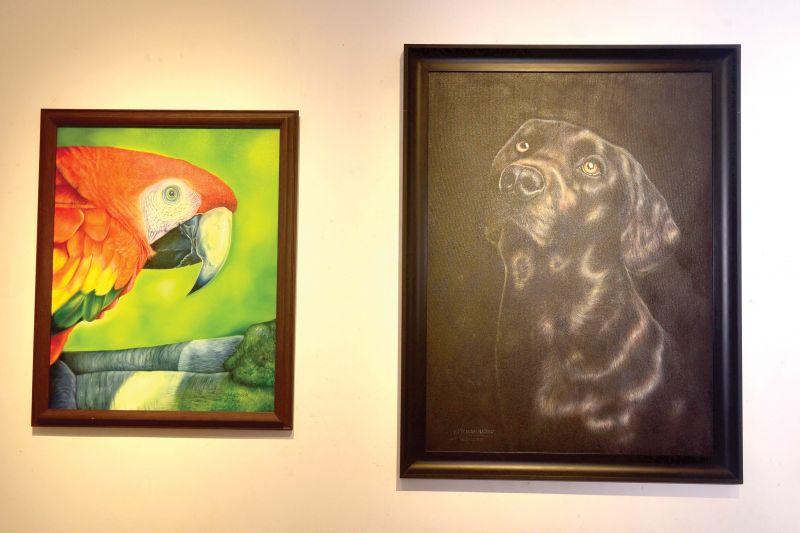 Asked about his feeling while seeing his works hanging on the wall, he said he felt like he achieved something big, something that he had been dreaming for many years.

“I am overjoyed. Release of your first film, performing mimicry in front of a packed audience for the first time, exhibiting your paintings for the first time, all are different experiences but in all these, I could feel the ecstasy, pressure and joy of a newbie.”  His art works are not based on a particular theme but mostly are on people, animals and perspectives. “There are no particular reasons. I just draw things that I have seen, experienced or struck me at some point or the other.”

Nazeer is an actor, writer, anchor, filmmaker and the list goes on and on. Due to his masterful numbers in mimicry, he is sometimes considered as the one who set a benchmark. So one would expect this perfection in his paintings too. Colourful and insanely realistic paintings are what you can see at this 16-day-long exhibition.

He does not think he wasted these years without spending much time for painting. “Better late than never,” he says. He plans to carry this along with acting and mimicry. “I know it is not easy but if you are that much passionate about something, I think, you will find time for it. It’s all about priorities. Nobody is that busy.”

When Mohanlal asked him to take painting seriously, he insisted that Nazeer draw a portrait of him. Nazeer has not started the work but is going to do that soon.

Kottayam Nazeer has a busy time ahead with many projects including writing and filmmaking. “I have some projects on my mind, but cannot make any announcements now.”

The organisers expect a big crowd, including celebrities, to see Nazeer’s works in the coming days. The exhibition will conclude on October 18.

He said a certain amount of money that he gets from the sale of his works will be donated to the Chief Minister’s relief fund.

Covid-19 can lead to mental health problems; 'treat patient as a whole'

Skinimalism is the latest beauty trend