Born to a family of Indian origin, she explores both sides of her identity by “combining Western modernity with the traditional patterns of the East”.

It’s a long line-up: a chair, side table, telephone, camera, a computer and what not! An assemblage of some office paraphernalia? Or household articles? Well, these are all miniature sculptures of hundreds of such objects - tastefully placed in a long glass case.

It’s Lubna Chowdhary’s work at the Kochi-Muziris Biennale. Titled Metropolis, the installation is a multi-object work featuring 1,000 ceramic sculptures she created over three decades. The London-based artist’s project at the sea-facing Pepper House venue charts the material culture of present-day urban environment, reflecting the complexity of the man-made world and human production. 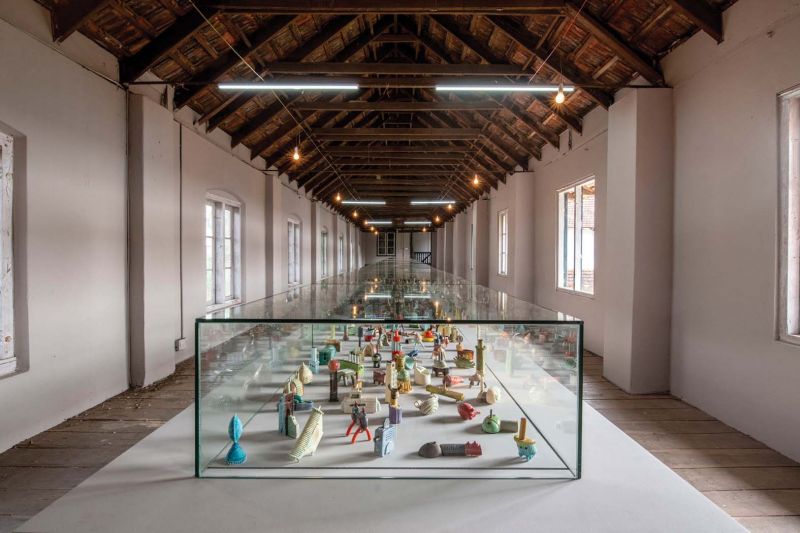 Lubna, 54, started working on the series in 1991 and chose not to consider the work “complete” until she did the 1,000th ceramic sculpture in 2017. “The work draws memories of cities, anthropological collections and flea market juxtapositions. New fused forms that slip between overlapping identities are imagined and created,” she says. “It is a multicultural connection.”

Tanzania-born Lubna, who moved to northern England in 1970 before graduating from Manchester Metropolitan University and doing her Master’s in ceramics from the Royal College of Art, had got shortlisted this work for the Jerwood Ceramics Prize in 2001. It was first displayed in its entirety at the Victoria and Albert Museum in London. “The idea of the work is to offer infinite opportunities for engagement with the viewer by allowing their eyes to fall on any single work or larger groupings,” says the artist. 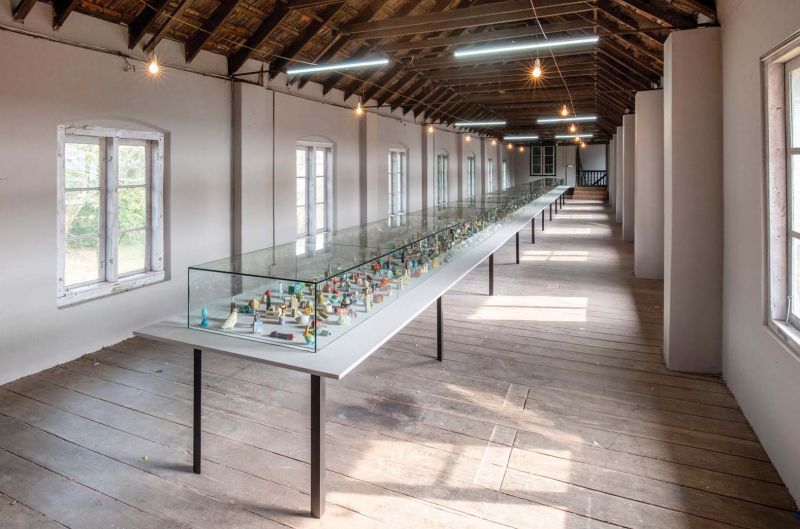 To Lubna, the sheer quantity of sculptures should force the audience to look at each object not just as an individual thing, but as part of a story about the material world. By walking around to explore the objects from different vantage points, one feels “liberated to access them” from above, below and afar. “By offering a range of perspectives to build architecture, subverted through fragile forms, I explore the idea of how we can be uniquely shaped by the same environment,” she adds.

Born to a family of Indian origin, she explores both sides of her identity by “combining Western modernity with the traditional patterns of the East”. The miniature sculptures stand as a memory bank of objects through modern history, but also reflect her own living memory as a designer-maker.

The installation offers a post-colonial response to the decorative relics of the Empire. Often you find them sitting majestically behind museum glass, but Lubna’s work seeks to dismiss such notions of power. “All the things I’d been interested in became hybridised through the process of making,” says the artist. “Everyone who saw the piece could relate to it and recognise something familiar in its vocabulary of forms.”