Kuchi Sai Sankar is a man who has all the art forms in his blood. Coming from a family of musicians, he became well versed with instruments and also used to act during his college days, but music and theatre are only his ‘hobbies’ he says, since his one true love is now his profession — painting. The artist turned the fine art form into a performing art form, when he took his skill to the stage. While musicians performed, he would paint representations of the songs. In his latest project, Suprabhata Vaibhavam, produced by director K. Raghavendra Rao, Kuchi has illustrated each of the 70 slokas of the Suprabhatam. To him, the most challenging aspect of the project was to come up with interesting symbolism. 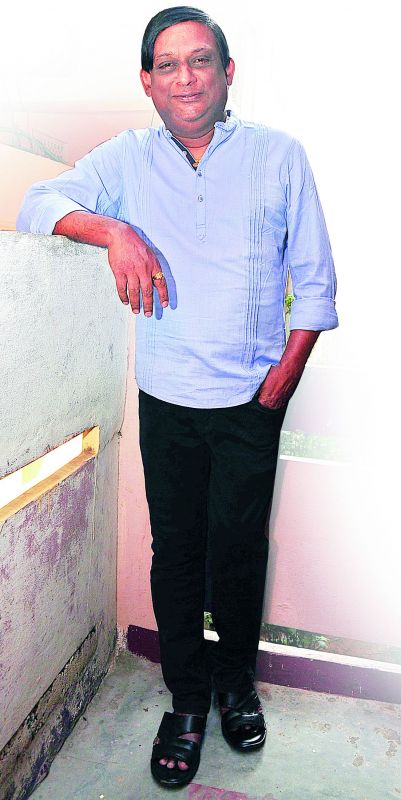 “I remember drawing a sketch of a brinjal while sitting on my father’s lap when I was five years old, and I have never looked back since,” says the 46-year-old artist, who goes on to explain, “I come from the East Godavari district, and my art is inspired by nature around which I grew up. We used to have small cultural programmes that I loved to watch. I would sketch portraits of the artistes, and that’s how it all began,” He adds, “I then did my Bachelors in Fine Arts in the Andhra University, but I wasn’t getting the appreciation that performing artistes get — applause, felicitations, et al. So, I decided to take it to the stage in 2002.”

The Nandi award winner recalls his most gratifying moment, “Chinmaya Mission’s Tejomayanandaji watched me paint during a programme, and by the end of it, he said, ‘Despite all the hustle-bustle, Kuchi didn’t look like he was painting, but looked like he was meditating’.”His paintings exude the unmistakable style of Bapu, from whom he received a lesson that he still cherishes. He specialises in surrealism, Salvador Dali being his inspiration. He strives to bring surrealism into Indian mythology, like the slokas of the Bhagavad Gita and Ramayana.