An honour from home

Masuram Ravikanth with his works

The Pratibha Puraskaram is annually awarded by Potti Sreeramulu Telugu University. A total of 12 awards are given to outstanding individuals in each field: journalism, poetry, critics, novel, painting, sculpture, dance, music, theatre, folk art, writer and avadhanam. And this year, Masuram and Shivaramachary have been selected as awardees for the painting and sculpture categories respectively.

Shivaramachary shares enthusiastically, “The Telugu bhasha sahitya, sanskriti and fine arts awards were announced by the vice-chancellor of Telugu University, Acharya S.V. Sathyanarayana and University Registrar, Acharya Alekya Punjala. The dates of the award function will be announced soon. I am extremely happy because I accomplished my graduate studies from Telugu University; it’s great to get appreciated by one’s own alma mater.” A well-known sculptor, Shivaramachary works in a style which is semi-abstract and conceptually strong. Though the figures are representational, it is the manner in which the artist arranges them that grants the works a unique metaphorical stance. 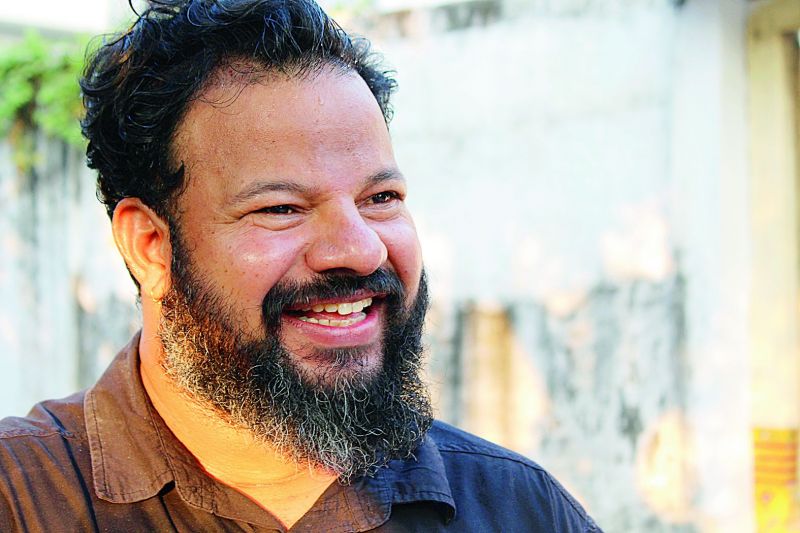 On the other hand, artist Masuram Ravikanth’s body of work revolves around old, archived photographs and reminiscences from royal lineage and aristocratic grandeur. Through his work he looks back at history and contemplates about the past in context of and comparison with the present, modern era. The artist shares his happiness about receiving the award. He says, “This is a pleasant surprise for me; I received a call from the vice-chancellor and was extremely happy to know that this year they have chosen me as one of the recipients of the award. It means a lot to me that my own state has appreciated and recognised my work. I am feeling inspired to pursue my work with a renewed energy.”