Book review 'The House that spoke': Magical world all of its own

Even though she comes from a family into the film business, Zuni Chopra prefers books to films. “In fact, I can never think in images. I think in words,” says Zuni, daughter of film critic Anupama Chopra and filmmaker Vidhu Vinod Chopra. Her debut book The House That Spoke is set to release in February. Speaking about her book, she gives the credit for the intitial nudge for the idea to one of her schoolmates.

“One day we were sitting in the school field when she described a house she had visited in London. The way she described it, I felt it was one of the most aesthetically designed houses I would ever see — it seemed almost out of a fairy tale,” she pauses to share the second inspiration for the idea. “I have cousins living in Michigan. They have a lake house. It’s a place I love to go back every summer — for the house and also the people living inside it. These two places acted as the perfect setting for my plot,” she adds.

Consequently, when she started writing her story, the first thing she did was describe the house — a character that plays a vital role in the story. The book is about a 14-year-old Zoon Razdan, who just before turning 15 inherits “not just her beloved house’s grim secrets but also a battle with an ancient, deadly force of darkness.”

The book is set in Kashmir, but she confesses that was not her first choice. She shares, “My first draft was set in London and I tried to recreate the house that my friend had described. Also, my character names were different. But it didn’t have that magic.” She adds that it was her mother’s idea to set the story in India and revolve it around characters that she is familiar with. 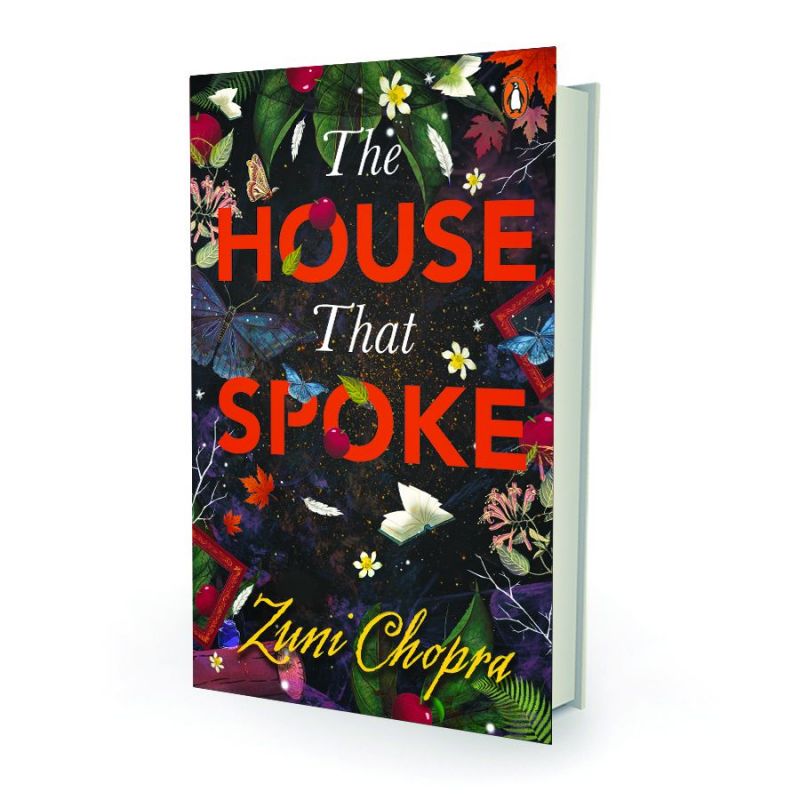 Setting a story in a conflict zone like Kashmir is always tricky, however, Zuni maintains that Kashmir is only a setting for her book. “It is the Kashmir I have known since childhood when we would go to our father’s house in Kashmir. I feel a lot has been abandoned there, and since my book is a fantasy, I have imagined the place as what it could have been had there been no conflicts,” she says. Zuni hopes things turn peaceful in Kashmir. “I have tried to capture the Kashmir that my father and uncles grew up in. While researching for my book, I would interview them to get the atmosphere right. For example, my uncle told me how he would leave for school in the morning and the first thing he would notice after coming out was the Shankaracharya hill,” she explains.

A fan of authors like Neil Gaiman, Agatha Christie, Roald Dahl and Bill Watterson, Zuni also read Basharat Peer’s Curfewed Night, which she says helped her “both in terms of writing and purpose”. Help at home was also easy. “My father helped me a lot with scenes and plot, while my mother would help me with the actual writing,” she says.

As a young adult fiction writer writing in the age of data deluge and reduced attention span, the 15-year-old author thinks the only way to tackle the situation is to better the education. “I think a lot of us stop reading quite early because of how things are taught in school. Often teachers are over analytical and too rigid while teaching novels and in the end students end up disliking it. The other obvious distraction today is Internet. That’s why I would switch off the wi-fi while writing the book,” she concludes.