Vincent Willem van Gogh is one of the most enigmatic artists in the history of art. A man whose life and works still remain shrouded in mystery, Van Gogh has a legion of fans across the globe and Blessi George happens to be one of them. Her fascination for Van Gogh led to the creation of the Facebook page ‘Starry Night my city’, an initiative  which has grown into a full-fledged online art movement of sorts where artists from across the world send in paintings of Van Gogh’s famed Starry Night in the backdrop of their respective cities. Bahrain-based Blessi discovered her love for painting pretty early in life, “Since no one else in the family drew, it was something you can say I found by accident,” says Blessi through an e-mail interview. 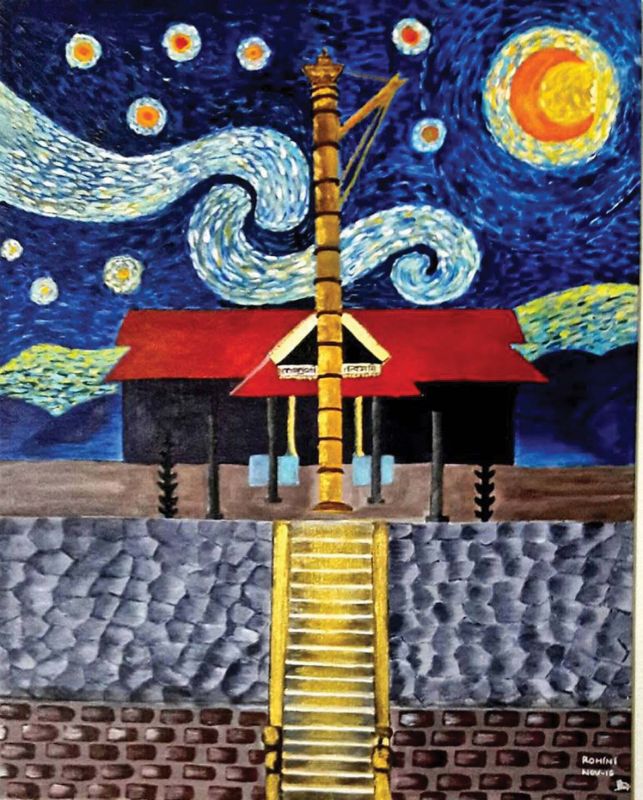 “I realised that I could draw in the fifth standard when we had to draw diagrams in science record books.” Blessi, who has her hometown in Thrissur was born and brought up in Bahrain, “I also got married here and settled here with all my family.” Speaking about her fascination for Van Gogh, she says, “When you are into art, it is quite natural that you read about the greatest artists. All artists are slightly crazy in their own way and when I read that he (Van Gogh) had cut off his ear as a token of affection, I was intrigued to know more. The more I read about him, the more I liked him and his works. Since then I have always been a fan of Vincent Van Gogh.” 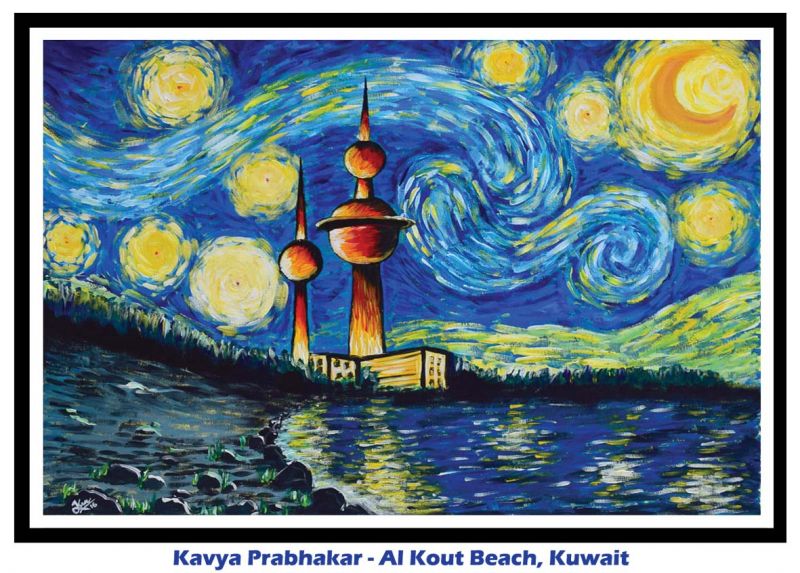 On why she chose The Starry Night, as a major theme for her initiative, Blessi puts it quite simply, “The Starry Night happens to be my favourite of his works,though I can’t explain why.” How and when did the idea to start ‘Starry Night my city’ begin?  “When I painted my city - Bahrain- under the Starry Night, I wondered how other cities would look under the Starry Night?  It was just a momentary whim, you know like a tribute to the Master. I have never tried to re-create any other works of his. I was sceptical whether other people would find the idea interesting enough to actually take it up. Initially, I messaged a few of my Facebook artist friends. They liked the idea and agreed to participate. Then I started posting in various Facebook groups, inviting people to participate. I’m overwhelmed by the response. Each of these artists started inviting their friends and soon we had a good number.” 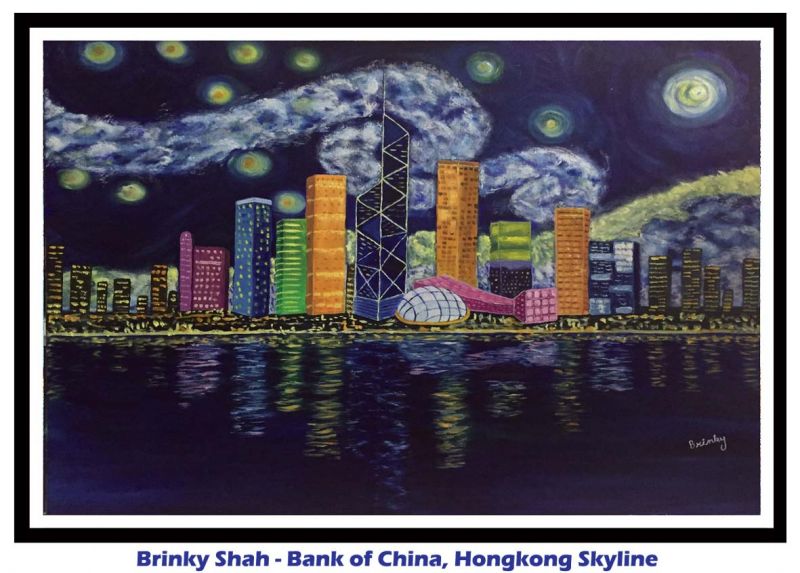 Elaborating about the participants who contributed to the page, Blessi says, “The first people to participate were of course my friends on social media, whom I have not met yet. Later on, when I posted the idea in an Indian Facebook group, I started getting plenty of entries, I think it’s safe to say that majority of the participants are Indians. But now artists living across the World are participating in this initiative as art has no boundaries. We have artists contributing from the UK, the US, Japan, Malaysia, Russia, Singapore, China etc.” The page currently has 90 Starry Night contributions and was even shared by Kozhikode Collector Prasanth Nair. “It was a top of the world feeling when our ‘Collector bro’ liked and shared our page.” 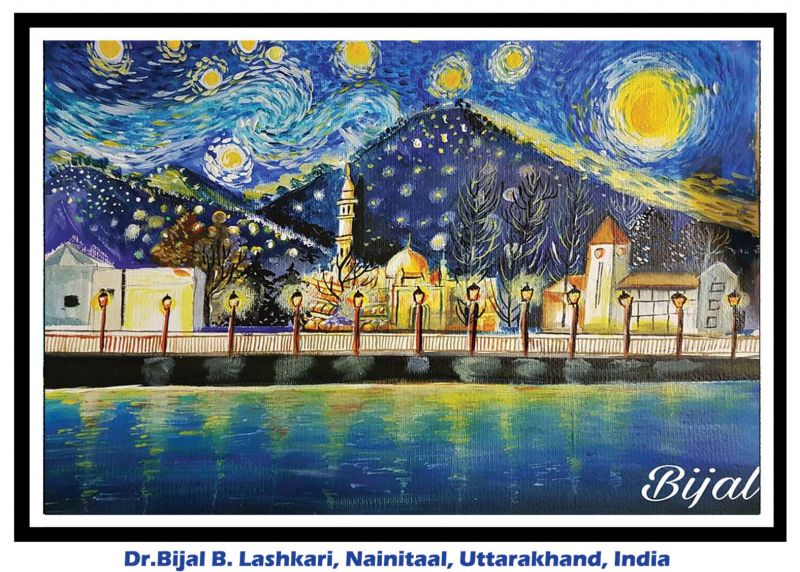 When asked which of the paintings from the page were her favourites she says, “I do find all their paintings beautiful in their own special way. But if I were to pick my personal favorites, I think The Emirates Palace in Abudhabi and the Kingdom Tower, Saudi, awe me due to  their minute detailing.” Blessi has now decided to take it a step further and is eying the Guinness World Record. “When I saw the overwhelming response, I thought why not try to make a record for ‘the most number of online artists painting a single theme’. We searched the Guinness record site to see if such a record exists, and also got a confirmation from them that the record we are trying to attempt does not exist. So, we are actually trying to make a new record, not break an existing one and I hope we succeed.”