The Trinity of photography

Land and Life, the recently concluded photography exhibition by three photographers — Mohammed Arfan Asif, Biju Varghese, and Radhesh Rajappan — at Durbar Hall, could be divided into three different zones. The exhibition  opened a world of landscapes, wildlife, and horses before spectators. Organised by Prussian Blue, it was a feast for the eyes.

The show began with Arfan’s landscapes. A play of lights and shadows was the attraction of his clicks that looked like paintings. He had captured landscapes in black and white and in colour. Arfan, a native of Bengaluru, began his journey three decades ago. He was awarded with ‘Associateship of The RP’s in 1994 for his pictorial portraiture, which got included in a traveling exhibition in the UK. A holder of many awards, he is a pharmacist by profession. 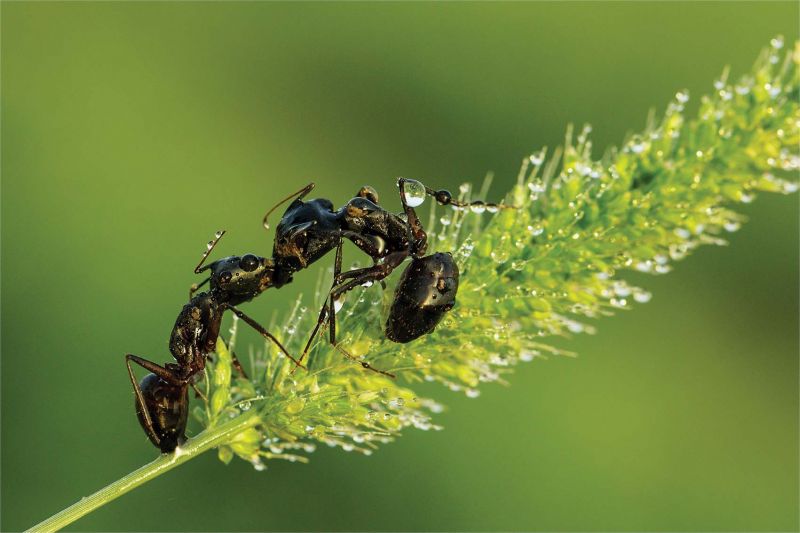 Next were Biju’s experiments in macro photography. A senior finance professional settled in Dubai, his clicks had a poetic touch. “I hail from a small town in Kerala, nestled amid dense forests of the Western Ghats  offering a breathtaking view of natural habitat and flora and fauna. This upbringing helped me value nature in its true form and choose photography as a medium to express myself about the serene surroundings. I earnestly attempt to compose each of my pictures to reveal an interesting story,” read the description of his works.

It was his trip to Maasai Mara, Kenya, that inspired him to do the wildlife shots exhibited there. “There, I was able to come close to wildlife at their own turf and catch glimpses of their natural lifestyle. It helped me understand the ecosystem much better and become richer with hundreds of memorable pictures.”

Radhesh Rajappan’s fascination for horses formed the crux of his photographs that portray various emotions of the animal. A native of Kochi, Radhesh looks for grace, beauty, and spirit of horses. Whether it is Arabian stallion, mare, colt, and pony or is for riding, racing or just showmanship, the photographer tries to make a connect with the subject. Radhesh was awarded the Associateship of the Image Colleague Society International, California and the Associateship of Photographic Society of New Jersey, USA.