Lost in translation, found in art

The origin of language has intrigued researchers for centuries. India, for instance, is incomparable in its linguistic diversity, the ongoing political fracas notwithstanding. The Eight Schedule of the Indian Constitution lists 22 languages; however just the number of ‘mother tongues’ in the country, as listed in the 1961 census, is 1652.

The Operations Manager at YourQuote and the director of Language Festival, Jhelum Anikhindi, echoes the same belief, “There are more Indian languages than we can count.”  She might not be able to keep a count the several languages but she with her team has found a way to celebrate these multiple languages that so effortlessly co-exist in our culture and what better way than to blend the languages with the numerous niche art forms that we socially endure.

YourQuote, an app for creative expression, curates a one of its kind ‘Language Festival 2018’ (LF18) that brings together the community of artists and the multiple vernacular languages. “Through the festival we try to showcase the diversity and the cultural mix that our society upholds,” she said.

The artists that will perform at the festival will be from across eight Indian languages; Hindi, Urdu, Punjabi, Tamil, Kannada, Malayalam, Telugu, and English in an attempt to bridge the gap between the ‘usually monolingual literature fests and regionally restricted folk gatherings’.

“We have multiple levels of artists from someone as established as Piyush Mishra to someone who has grown from our community like Mehak Mirza Prabhu,” added Jhelum. 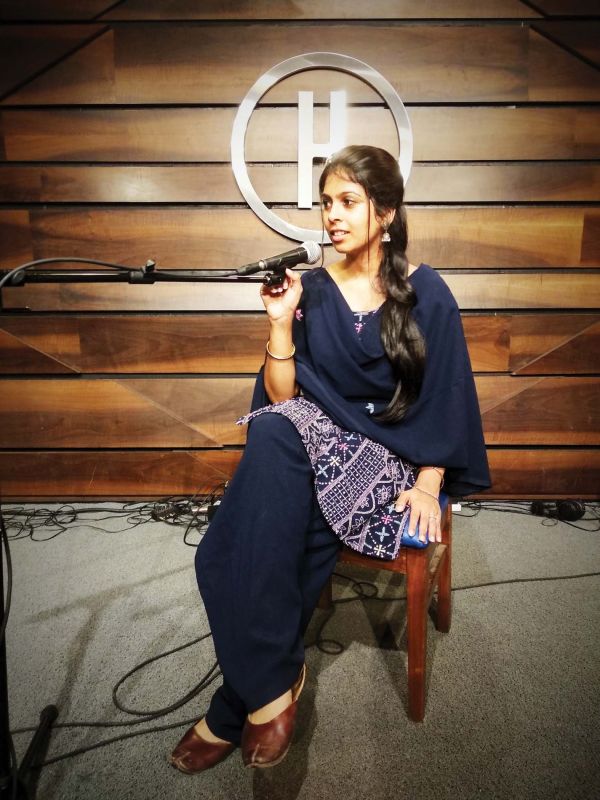 Mehak, a dedicated full-time storyteller and writer from Mumbai, creates fictional stories in Marathi, Hindi, Urdu and English. “Storytelling, like any other art form drives on passion of the artist. You can create your own opportunities that satisfy you, if you have the right attitude towards your craft. When someone says I too want to work full time as a storyteller, 'will I make enough money?' I tell them you are asking the wrong question, you should ask 'will it keep me busy enough?' If you give something 100% it has to fetch results. We are the system,” said Mehak.

The ups and downs of Mehak’s personal life could never deter her, “The unexpected turn of events in my life set me free and I just let the writer and storyteller in me grow unrestrained.”

Apart from the existing art forms, the fest will also be showcasing performances that will fuse different art forms like Bharatnatyam and spoken word.

Mehak herself has been known to present combination of music and stories in collaboration with Mohammad Muneem Nazir, who is a poet himself and the front man of the Kashmiri band, Alif that will also be performing at LF18.  Mohammad whose natural compositions flair in Kashmiri and Urdu believes, “Irrespective of the language, in the end your poetry should marry your melody.”

On being questioned about the challenges they might have faced in the conflict laden Kashmir, he said,” Celebrating darkness, living in conflict either breaks you or gives you resilience to live life. And that is everything Alif shares. The challenge is to accept who we are.”

From musicians, comedians, story tellers, script-writers to spoken word artists; the festival is an opportunity to not just discover but also delve deeper into art.

At LF18 Launchpad Open Mics through April and May across the city, many such talented artists were selected to perform at the festival. One such discovery during was a spoken word poet, Shweta Bhat.

Shweta who is professionally a city-based psychological counsellor, writes and performs poetry in English, Kannada and Hindi. “While I've been dabbling in poetry since my early teens, I stumbled upon spoken word when I watched Sarah Kay and Phil Kaye perform on Youtube. Once I got introduced to the spoken word community, there was no looking back; I was hooked on spoken word and I started performing at open mics, poetry groups and curated events in Bangalore,” said Shweta who is also a playback theatre and improv artist.

Shweta is fascinated by how quickly spoken word as an art form has grown in the city largely due to the warm inclusive community and mentors that bring artists together.

The two-day carnival promises to let young, rising stars across creative genres share stage space in over 100 performances with renowned industry stalwarts in the cultural melting-pot of Bengaluru, to perform and express their art in celebration of the many languages of India.

A well-researched but uncritical portrait of Bollywood’s ‘first lady’