From writing for a newspaper to dreaming up romance novels, Adite Banerjie has certainly come a long way. But the Delhi-based writer says she still can’t believe she’s an actual, published writer and calls her career transformation a “happy accident”. Now releasing her third novel, No Safe Zone, Adite has put one foot in her comfort zone of romance fiction while the other is in completely new waters — suspense thrillers.

“My first book was a romance drama, while the second was more of a chick lit. I had a lot of fun setting the story at a destination wedding with a lot of Bollywood tamasha going on. But I’ve always been a thriller fan, so I wanted to see if I could bring a thriller element into the romance genre,” she explains.

The book follows the story of London-based child rights activist Qiara Rana, who is forced to travel to New Delhi to investigate false accusations against her mentor. However, she’s attacked by a gunman the second she lands in the city and is forced to team up with Intelligence Bureau officer Kabir Shorey — a romantic interest of hers from the past. 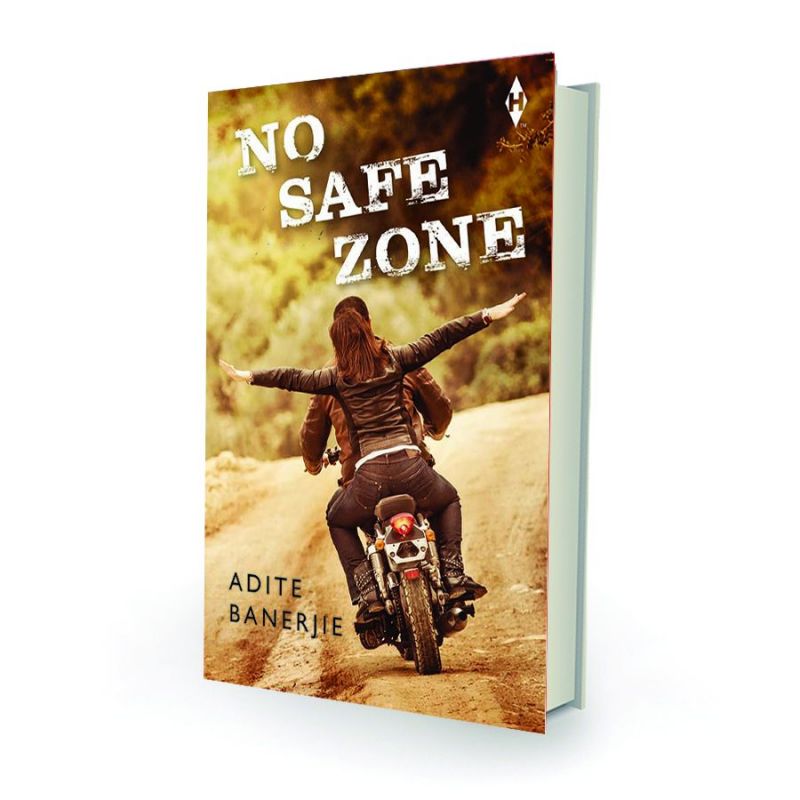 Adite explains about the inspiration behind the book: “I had come across a news item which spoke about this place in Rajasthan, where there’s a ‘baby bazaar’ where people can actually go and buy children. That whole concept horrified me — children being bought and sold like goods, and this is the kind of crime that needs to be talked about and exposed. So I thought, why not tell the story in an entertainment format and still get the message across?”

The storyteller in her was first conceived when she decided to quit her full-time job as a journalist and freelance instead. “I began content writing and also writing screenplays and scripts. Then, I won a writing contest which led to a contract to write books for Harlequin. I have never looked back after that. That’s how my whole writing career evolved. It’s been a fun ride from fact to fiction,” Adite says.

Choosing to write about romance has also proved to be successful for her, and she believes that it’s because of Indian audiences’ love for the genre: “Even if you look at movies, most of our films are about romance. People like to watch romantic movies and I think that also applies to books. If you take a look at the Amazon book listings, there’s a huge number of romances there! The genre is popular and it’s growing, and romance writers have a huge market to cater to!”

Adite is now working on a script for a movie: “It’s a fantasy kind of film targeted at children, so it has a lot of scope for visual and special effects. It’s a modern day Alice in Wonderland but it’s also nothing like it — other than the fact that there’s a little girl involved.”