MS Dhoni and PokerStars Team Up 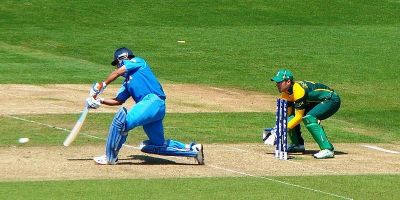 It was recently announced that one of India’s best cricketers, MS Dhoni, and one of the world’s leading online poker platforms, PokerStars are joining forces. Dhoni joins Muskan Sethi as one of the company’s Indian Ambassadors.

Who is MS Dhoni

Mahendra Singh Dhoni, better known throughout the country as MS Dhoni is a man who needs no introduction. He became a household name in India by leading the nation’s cricket team to the 2007 ICC World Twenty20 Cup, two Asia Cups, the 2011 Cricket World Cup and the ICC Champions Trophy.

As captain of the national team, Dhoni led India during a dominant performance against Australia in 2013. The Indian team became the first in over forty years to whitewash the Aussies.

His skill on the field is unrivalled, becoming one of the highest run-scorers in One Day International games. This has led some to regard Dhoni has one of the best captains and wicket-keepers in modern cricket.

In 2011, Time Magazine called Dhoni one of the “Most Influential People in the World” and four years later, he made it to 23rd place on the Forbes list of the world’s highest-paid athletes

PokerStars is one of the world’s biggest online poker platforms, allowing its customers to play real money and free games against other players from across India and the rest of the world. It was founded back in 2001 and today is part of The Stars Group, operating in dozens of territories around the world.

For the Indian market, PokerStars has licensed its brand and platform to the local company, Sachiko Gaming. 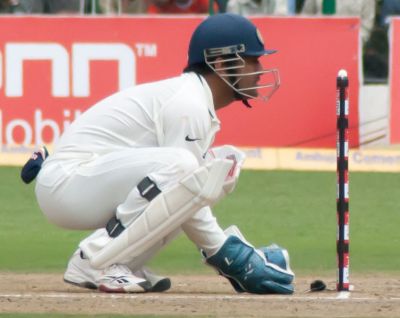 What Has Cricket Got to do with Poker?

While it may initially seem like a slightly unusual partnership, on closer inspection it makes a lot of sense. Aside from MS Dhoni’s huge presence across all of India helping to gain a lot of exposure for PokerStars, there are many similarities between poker and cricket.

Dhoni has become a world-renowned cricketer thanks to his ability to keep his cool under pressure. He isn’t immune to stress like many people believe he is, instead his calmness comes from years of practice that have enabled him to think clearly.

He can apply this same approach to the poker table, with his stoicism helping him to make the right decisions, no matter what hand he’s been dealt.

Similarly, poker is a game that is enjoyed by people with many different backgrounds, who, like Dhoni, use their skills developed elsewhere to succeed at the poker table. There are few sports where you'd find chefs, business people, university students and cricket stars all competing together, on a level playing field.

Looking at the backgrounds of some of PokerStars’ other ambassadors this becomes even more evident. For example, Chris Moneymaker is a former accountant who went on to win the World Series of Poker, while Andre Akkari was a Flash animator before became a professional poker player.

In recognition of this, PokerStars has started to offer Indian players the opportunity to play online poker, without making a real-money deposit.

Not the First Sports Star Who’s Turned to Poker

MS Dhoni is not the only professional athlete who’s made the move into poker. Jennifer Shahade, another PokerStars Ambassador is a two-time American Women’s Chess Champion who now plays poker semi-professionally.

Meanwhile, Kalidou Sow was a promising basketball player who had a career-ending injury that stopped him reaching his full potential. He transferred his skills to poker, winning the PokerStars Championship Prague Main Event and the PokerStars Festival London in 2017.

While the partnership between Dhoni and PokerStars is not the first of its kind, it is certainly a special relationship. The cricketer is one of the most famous athletes in India’s most popular sport, such a deal is bound to get a lot of attention from the public.

The skills that have made him a success in cricket are a great example of how other areas of our life can be applied to poker.

Sailing Her Way Through Profession and Passion, Ajanta Mahapatra Is Rocking The World

How to Convert Your PDF Files Online?

Simma Dhaliwal: A Versatile Professional at 19 Years of Age

Significance of horoscope or kundli matching in marriages

Know all about Akshaya Alshi, top fashion blogger of the country