ILD may also affect other parts of lung such as alveoli, bronchioles, or blood vessels. (ANI)

Interstitial lung disease (ILD) is a group of lung disorder characterized by varying degree of inflammation and fibrosis (scarring) occurring predominately in the interstitial space of the lung. ILD may also affect other parts of lung such as alveoli, bronchioles, or blood vessels. The interstitial space is a lace-like network of tissue present in both the lung and it supports the tiny air sacs called alveoli. It plays a vital role in gaseous exchanges between the blood vessels and the alveoli. At initial Inflammatory stage lung damage is reversible but once the fibrosis sets in it is often irreversible and worsen over period of time, if not diagnosed and treated early. 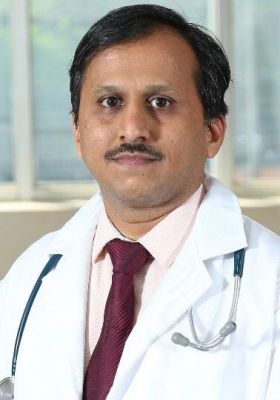 Dr. Hirennappa B Udnur (Consultant Pulmonologist, Columbia Asia, Bangalore) says - ILD is a heterogeneous group of lung disorders characterized by inflammation and progressive scarring of the lung parenchyma. ILD are mainly subdivided into idiopathic interstitial pneumonia (IIP), collagen vascular disease associated ILD (CVD-ILD), drug-related ILD, and ILD associated with occupational and environmental exposures such as pneumoconiosis and hypersensitivity pneumonia. Most of the ILDs are characterized by progressive exertional breathlessness and persistent non-productive cough. Some of them might have fever and may have symptoms associated with underline connective tissue disorder such as; systemic sclerosis associated ILD (SSc-ILD) & rheumatoid arthritis associated ILD. Once the patient starts developing pulmonary fibrosis it cannot be reversed and might lead to poor prognosis and reduced life expectancy. High resolution compute tomography (HRCT) is a gold standard methods for diagnosis of ILD. Diagnosis of ILD is challenging, multidisciplinary discussion (MDD) involving, chest physician, radiologist, pathologist and rheumatologist (in case of CTD-ILD) is believed to be important for defining and accurate diagnosis of ILD. Surgical lung biopsy is not routinely done but it could be valuable in case of suspected ILD patient, where HRCT lacks definite HRCT pattern. Once the diagnosis is confirmed treatment protocol can be established depending upon the type and severity of the ILD. Prognosis of ILD patients completely rely on early and accurate diagnosis of ILD. 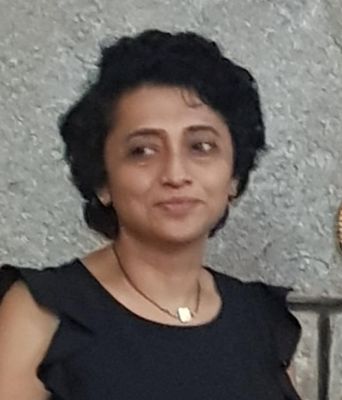 Dr. Priya Ramachandran (Consultant Pulmonologist, St. John, Bangalore) says - Among all ILDs Hypersensitivity pneumonitis (HP), connective tissue disease related ILD and Idiopathic pulmonary fibrosis (IPF) are the most common ILDs. Hypersensitivity pneumonitis is immunologically mediated ILD that occurs in some people when they are chronically exposed to certain antigens, which leads to triggering of our own immune system causing acute or chronic inflammation, particularly to the interstitial space of the lung. If early intervention is not done, it could lead to chronic inflammation and ultimately irreversible scarring of the lung. Idiopathic pulmonary fibrosis is a chronic, progressive disease characterized by progressive fibrosis of lung parenchyma associated with significant morbidity. IPF is a rare disorder, that occurs primarily in older adults and is more common in men than women. The exact cause of IPF is unknown but evidence suggest there are certain risk factors which could increase risk of development of IPF such as; smoking, gastro esophageal reflux disease or genetic polymorphism. Early diagnosis and treatment of IPF is very important for better prognosis of the patients. Connective tissue diseases (CTD) are a group of diseases with heterogeneous systemic features and lung involvement is observed commonly particularly in SSc-ILD and RA-ILD. CTD-ILD has become leading cause of mortality among the systemic sclerosis and rheumatoid arthritis patients. Regular screening for lung involvement and early diagnosis is utmost important for appropriate management.

Bhasmang Mehta talks about the essentials of wildlife photography

Will the Yellowstone Supervolcano Ever Erupt?

What are the Top DevOps training institutes in India?

Ghanshyam Sarda on His Expansion Plans

What every startup can learn from MyGrowthZone